Updates since EA, and a look at what we are working on

Dear Martians, we hope you are doing well! Welcome to our first devlog since the release of Terraformers into Early Access!

On April 21st, the moment was finally there. At 19:00 CET we pressed the button that we were looking forward to pressing for over 3 years. It was a very exciting moment, as this is the first game we released as a studio. We were overwhelmed with all the responses and constructive feedback we’ve received, and would like to take a moment to thank you all for that. It will help us to develop this game further into the best version we can make it.

With all the engaging feedback you gave us on the initial release, we identified some elements where we could quickly make improvements and we’ve already done 4 patches with bug fixes, difficulty changes and quality of life improvements. To have a good overview of all of the bug fixes and improvements we’ve done, please have a look at our patch notes on steam. The most significant changes though, were tweaks to the difficulty of the game:

We have now shifted our focus towards work on future updates, following our roadmap and specific improvements requested by the players. The features that are planned for the first major Early access update are:

Technologies are the aspect of the update that will have the most impact on the gameplay. They are proposed like projects, but only cost science. A technology provides a global benefit that will allow you to specialize your strategy further. Some examples of benefits that technologies can give: 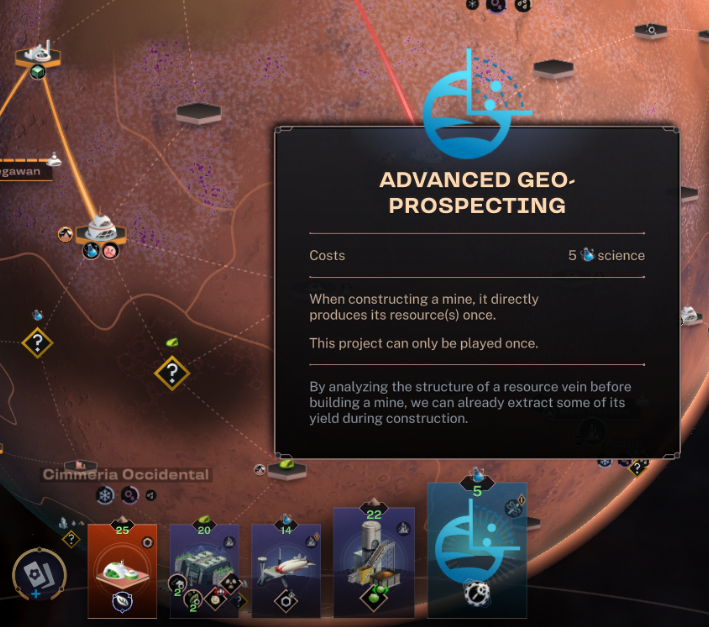 We will also add the first iteration of a “Marsyclopedia” to the main menu. Here, you will find all projects, lifeforms, leaders and locations that you’ve encountered at least once in the game. You can read up on them here and have a good overview, which can help you get a better understanding of the different potential strategies in the game. 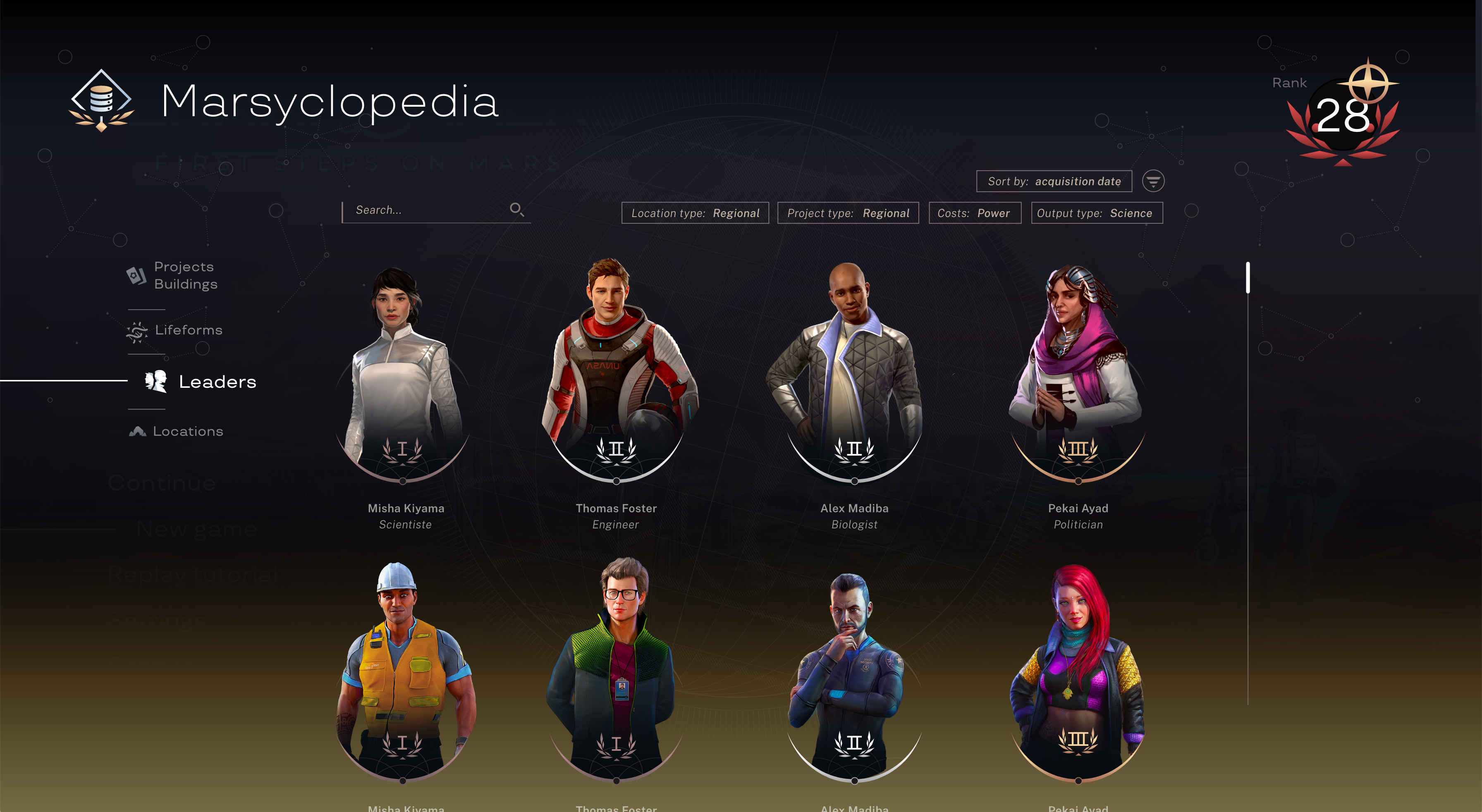 This might be our most requested feature since the launch, so we’ve decided to include it in the first major update as well. In custom mode, you’ll be able to set up the game to exactly how you want it by defining the victory condition, expectation rise frequency and severity of damage you’ll receive during the game. You can even choose not to select a victory condition and fully remove expectation rises and damage, allowing you to play a stress-free endless sandbox version of the game. Some mechanics might not hold up in very long runs, but it will be part of the Early Access journey to discover and address that together. 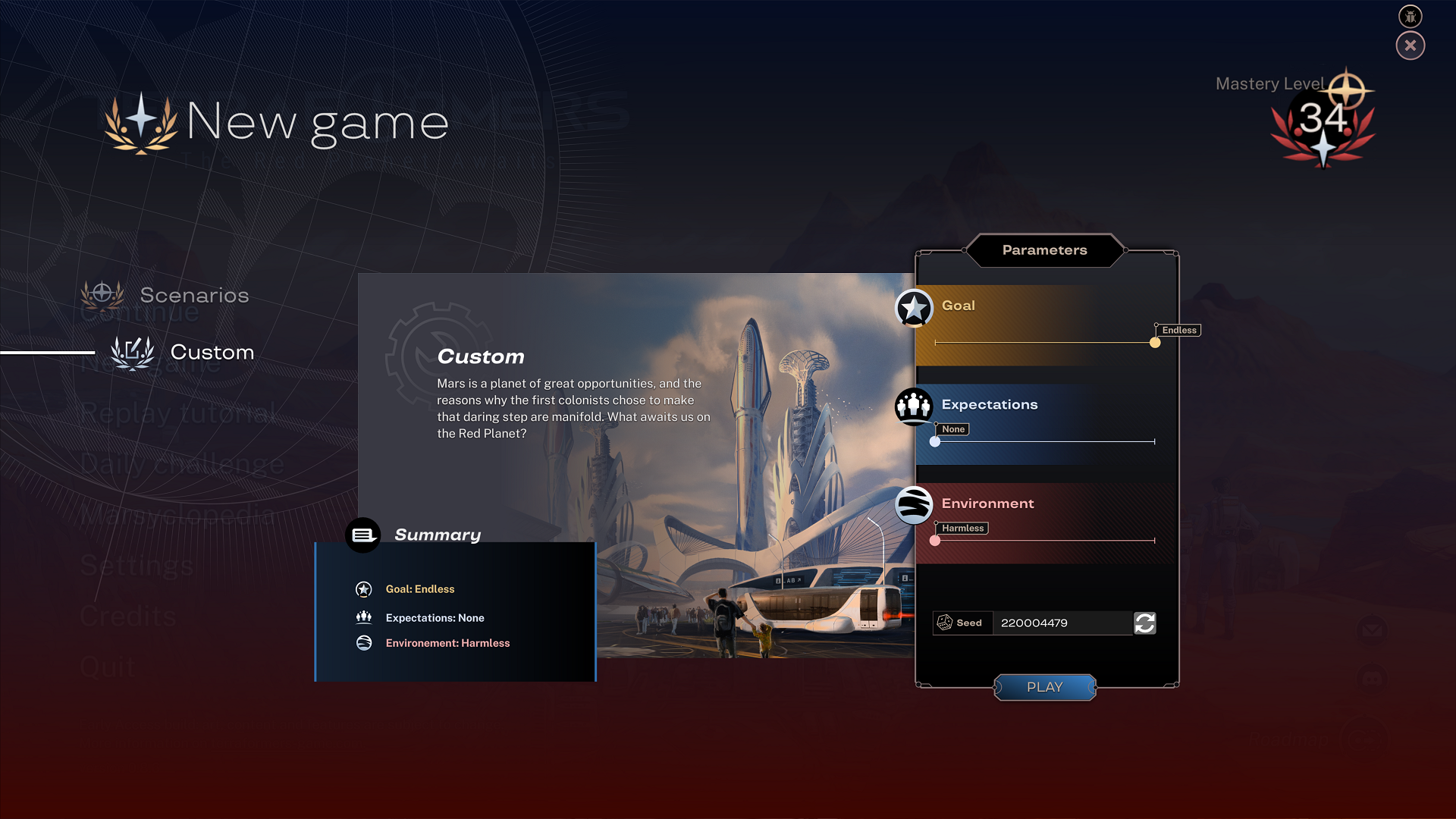 Custom mode screen, you can set it to be “endless”.

We’ve also listened to your feedback, and two much requested improvements are better information on where you can spread lifeforms, and a way to easily see a summary of all your cities and climate zones in a single place, without needing to go over the planet to view them one by one. They are planned for more distant early access updates, but we can already share our first concepts on them.

When having a lifeform selected, the different climate zones will have a green or red color, depending on whether the lifeform can survive there or not. This will allow you to see at a glance where you can spread the lifeform, and prevents you from needing to check each climate zone’s parameters individually. We will also work on improving other aspects of the lifeform spreading, as not all players understand how it works exactly. 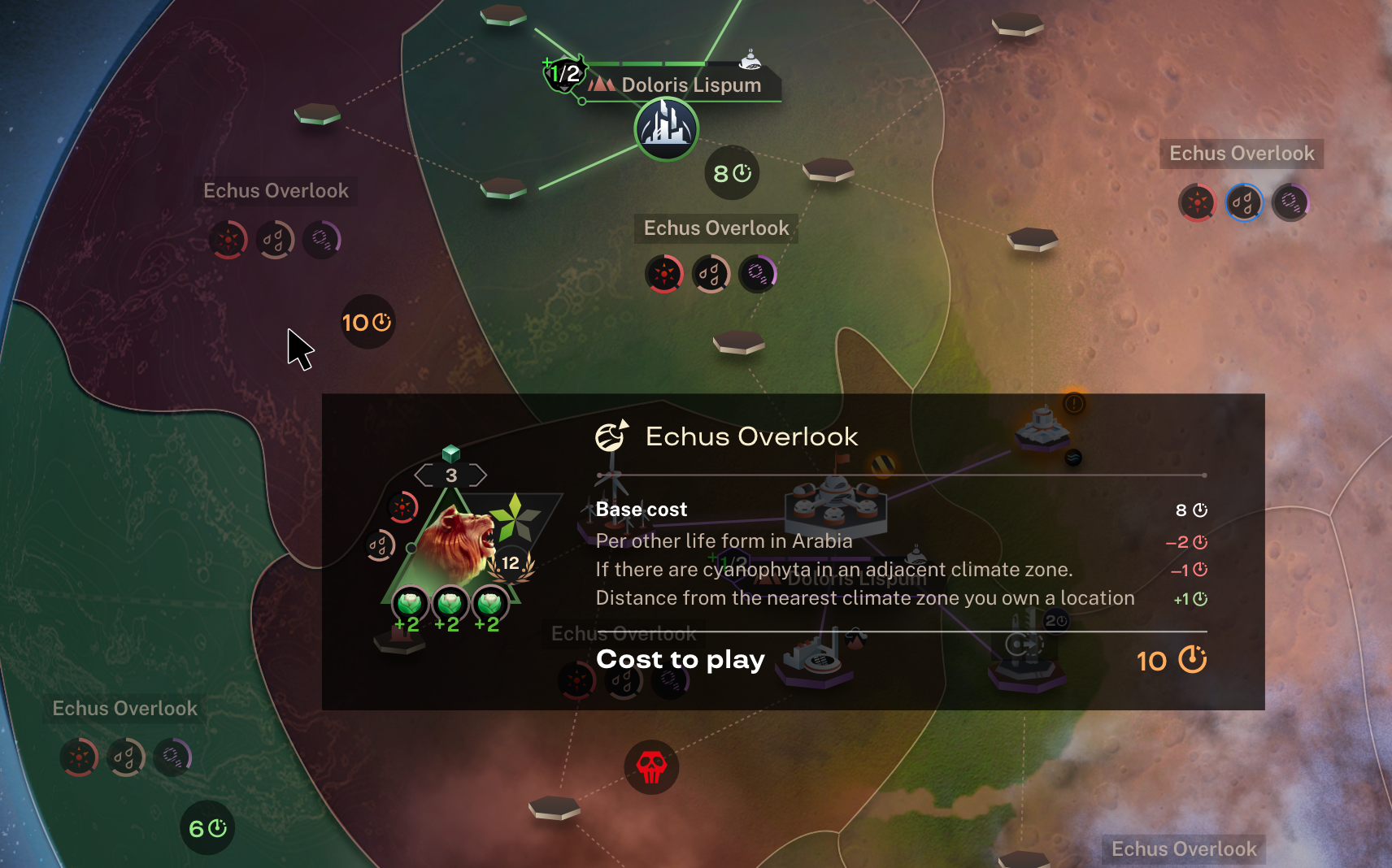 We are also working on summary screens. Opening this screen will allow you to have a good overview of all your specializations, space projects, technologies, cities and climate zones. In this way you can easily check which climate zones have lifeforms and which do not, or which city is currently suffering from damaged buildings. 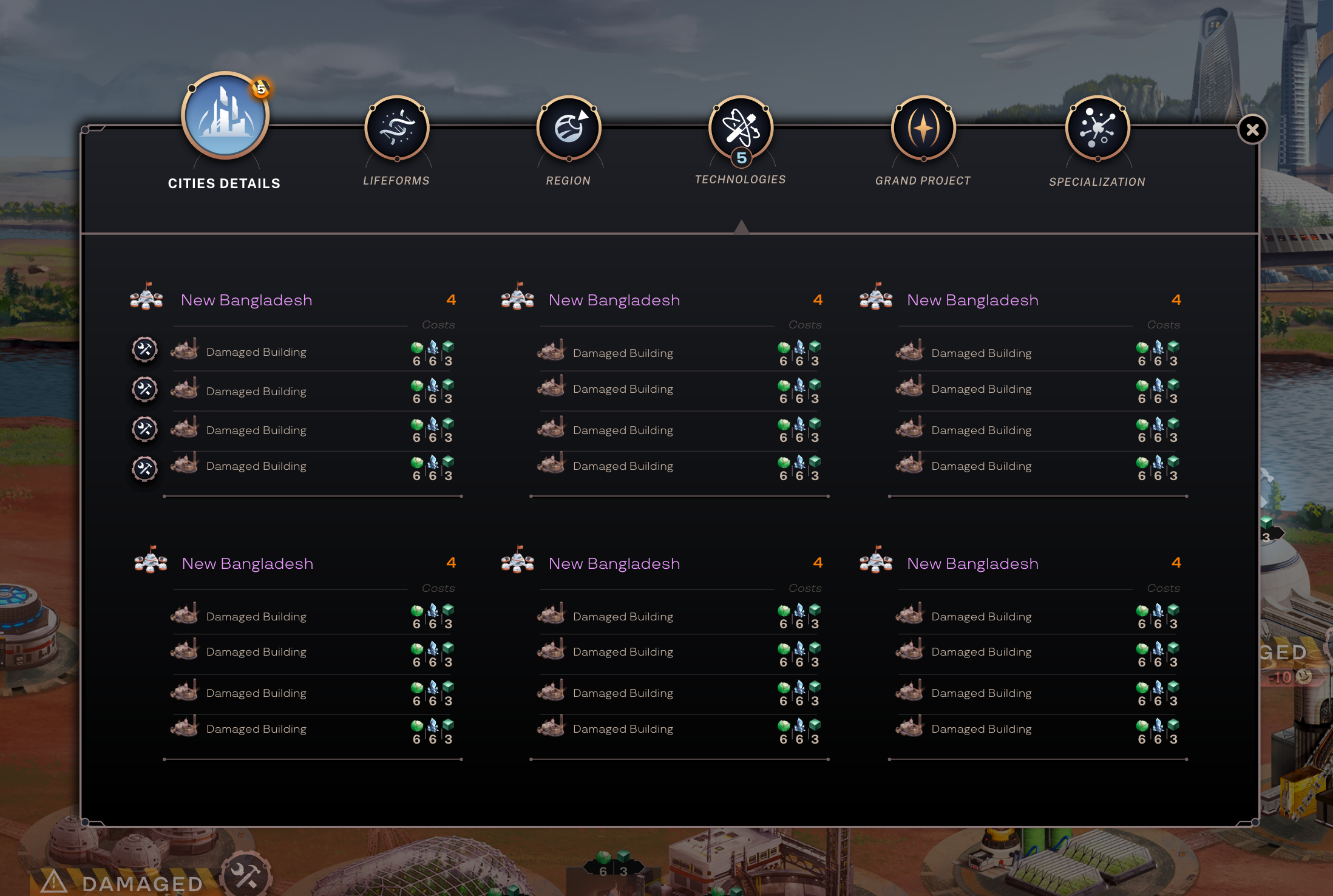 Early work in progress design concept for an “overview” screen.

We hope to have given you a good insight into what is coming to Terraformers in the first update, and a little bit beyond that if we don’t manage to include everything directly.

We would like to thank everybody for playing Terraformers, and we are excited to be on this Early Access journey to Mars with all of you.