In January we developed and fine tuned the game further, and designed new content. In this devlog I’ll show a new feature that will be in the game: Space Projects! Also I will discuss how this new feature might change the trade interface, and explain how the migration of cities and projects due to sea level rises will work.

Mars will not just be terraformed using the resources that are present on Mars itself. To turn the Red planet into a Blue and Green one, you will have to look towards the stars.

Space projects are similar to normal projects in the way they are proposed, but once chosen they will not be simply playable by spending its required resources. Instead, they will be stored next to your trade panel and you will have to transport the resources towards them using your transport routes.

This means that it will take multiple turns to complete it (depending on how fast you can transport the resources there), and that you will have to choose between using your transport route to trade resources with Earth, or to send resources to a space project. Some examples of space projects are:

The trade panel that is present in the prologue, is difficult to scale when there are lots of transport routes. Also it doesn’t work very cleanly in combination with the new space projects. Therefore we are trying out different designs for it. The design in the images above is what we are testing at the moment, and still improving visually. The idea is that your amount of unused transport routes are shown at the bottom, and you can click on the buttons next to the resources to import/export them. At the end of your turn, they always need to be in balance. Using this system, you can also export resources towards space projects. 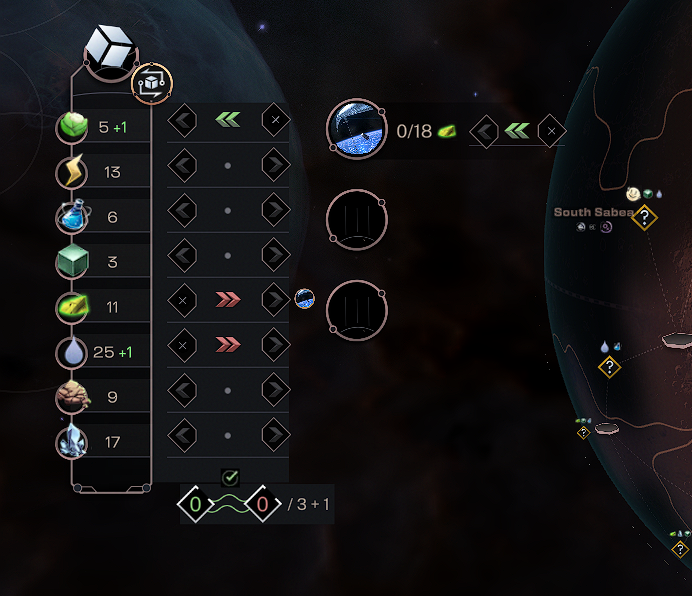 Work in progress UI for trading

Rising sea levels is an integral part of terraforming Mars. This will result in some locations that can be submerged into oceans. Which locations will be submerged, and on which ocean rise level this will happen, is indicated by the amount of blue waves next to the location. 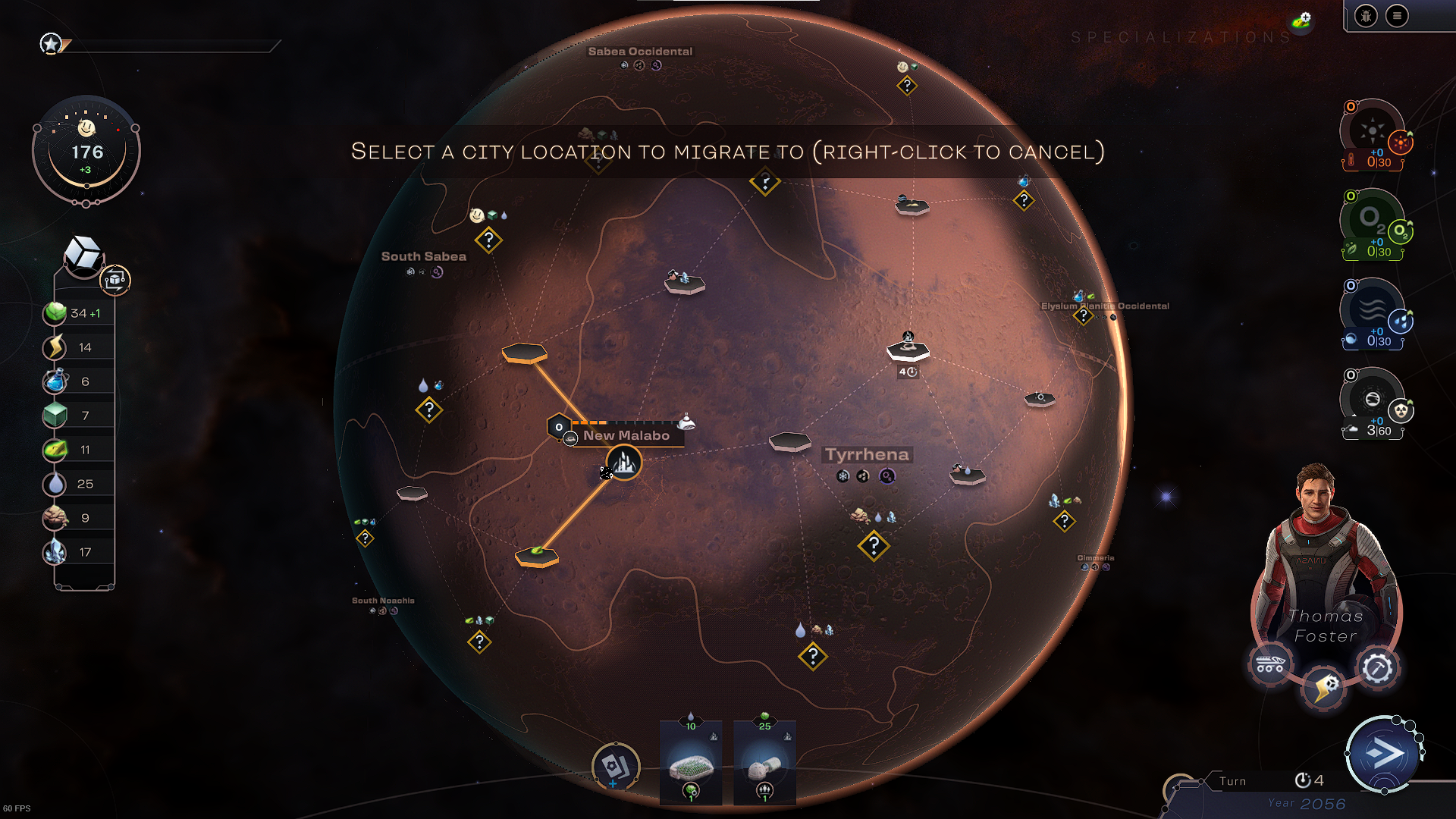 Work in progress of city migration

Here you can see that “New Havana” will be submerged if the ocean level rises by 2 steps in the future. To prevent this, we can now migrate the entire city to another city location. This will take time though, time during which the city will not produce anything. The duration is based on the distance towards the new location. The further away, the longer the migration process will take. As you can see we could migrate New Havana to the south, where there is a “flat plains” city location. The duration will be 6 turns (2 + distance).

When migrating to a new location, you will be able to relocate your buildings inside it as well, just as your Headquarters. This will also be an option for individual buildings, for example if you want to place them in a different spot in the same city, or in another city entirely (though that takes longer). 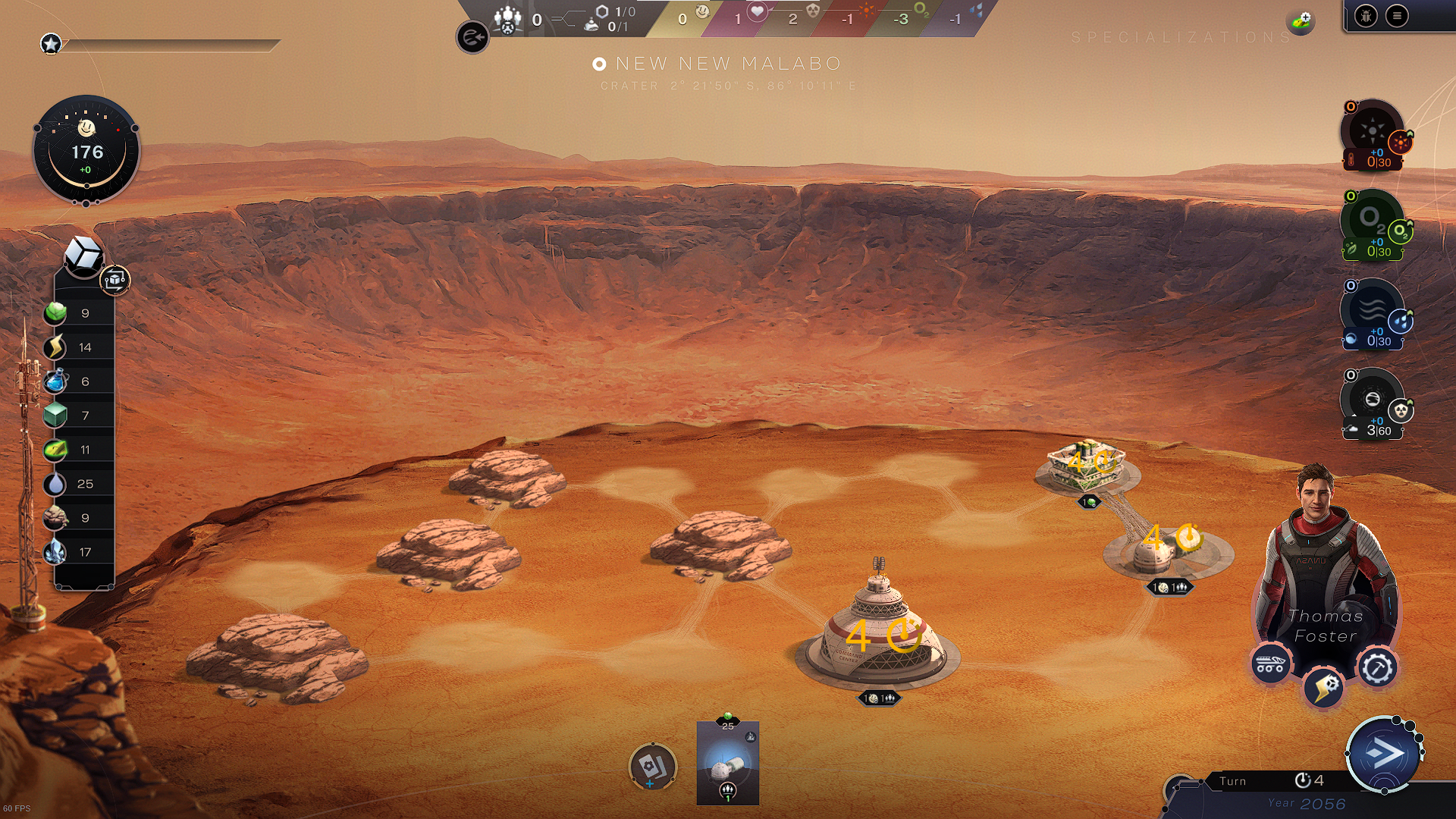 Work in progress of city migration

That was it for this month, stay tuned for more exciting news soon and thank you for reading!