With the release of the prologue, It’s been some time since we wrote our previous devlog. And in this time, the project has moved forward a lot, so let’s dive into it together!

On October 23rd, we released the free prologue for Terraformers named “Terraformers: First steps on Mars”. Here is a link to its Steam page or Gog if you didn’t already see it. We are super proud that the reviews have been “Very Positive” overall, it is very motivating for us and also helps a lot in terms of visibility. So thank you to everyone who left feedback.

We are releasing a new prologue update on wednesday 8 of december with some fixes, polish and most importantly we are adding French, Spanish and Russian translations so that more of you can play! 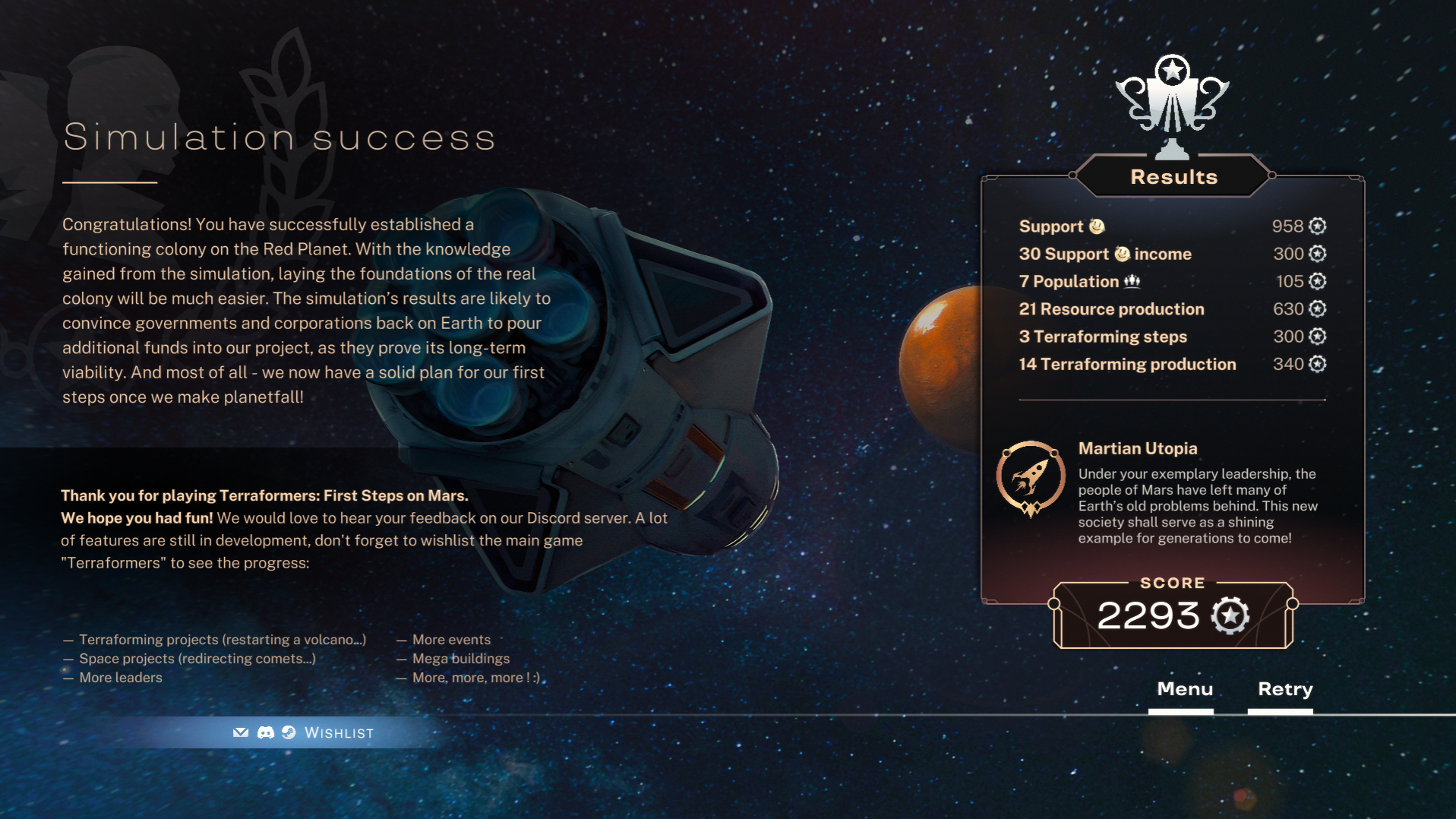 One of the best score we’ve seen! Congrats Klipp2.

As you might have seen, we’ve also worked with our publisher on a new trailer As we’re approaching the final stage of development, most features are designed and we’re shifting our focus towards designing more content. We have a lot of ideas for cool terraforming projects, events, and locations ourselves, but we also want to include the community on this aspect. Therefore we’ve opened a new channel on our Discord called “suggest-content”, where you can share your own ideas! Maybe you’ve read an interesting article on how we can create construction material from the Regolith on Mars, or saw a documentary about how housing can be done efficiently in those hostile environments. Or maybe a Kurzgesagt video on how to kickstart the terraforming process (looking at you: “nuke videos”..). In any way, come and discuss your idea on our Discord, and who knows, we might implement it in the game. 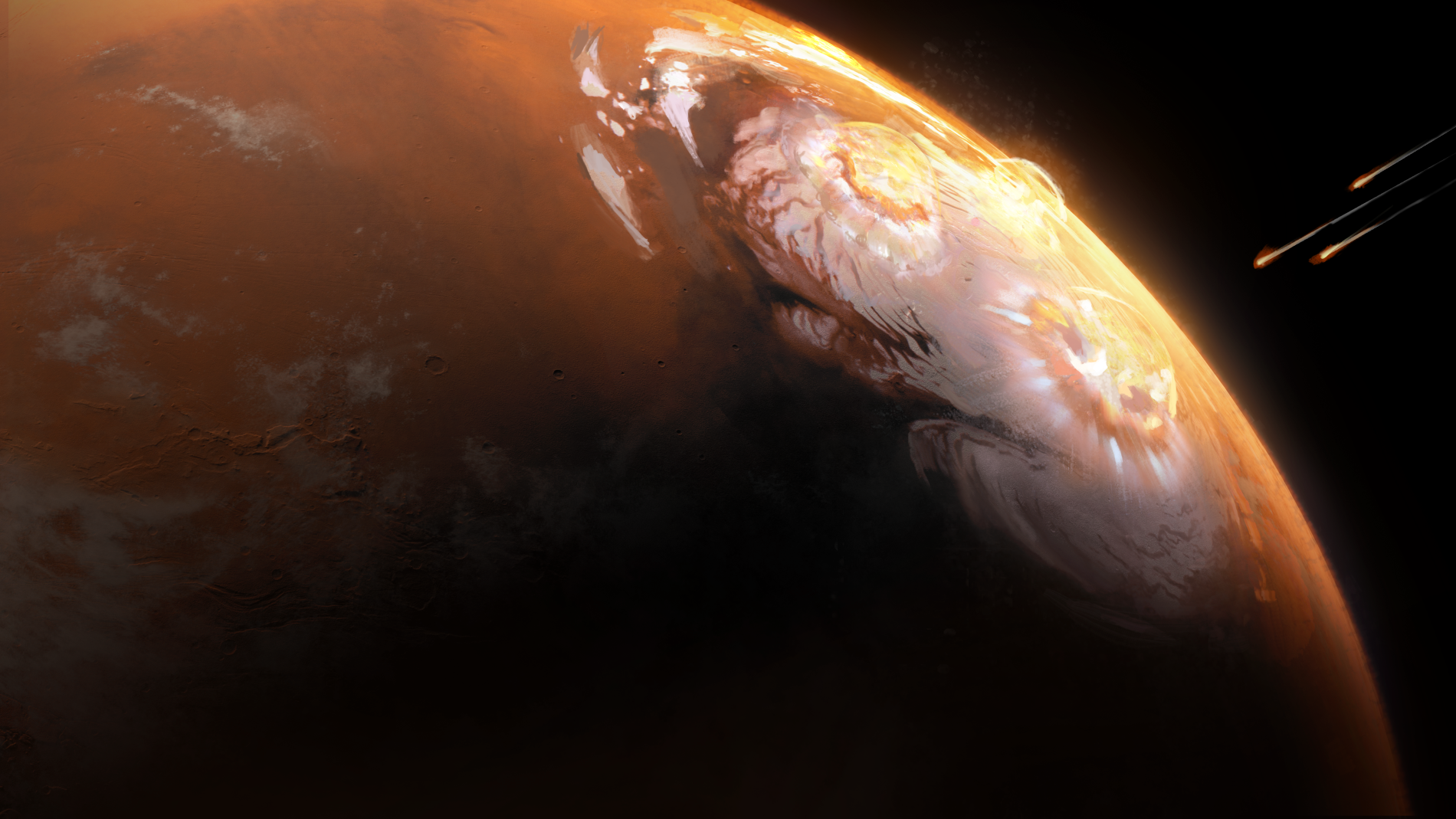 Nuking the pole could kickstart a global greenhouse warming effect. But at what cost?

As we’ve received some questions about how randomness works in Terraformers, I (Jasper, the game designer) thought it would be nice to write a piece about why we use it and how we use it.

The main reason for adding any form of randomness to a game is to make each playthrough really unique, by providing unique challenges every time you start a new game. This has the effect that there is no clear winning strategy in every game, but that you have to adapt to whatever the game gives you. It promotes a flexible playstyle. It also makes sure that each time you play, you’re getting better at the game in general, and not just solving a specific puzzle. 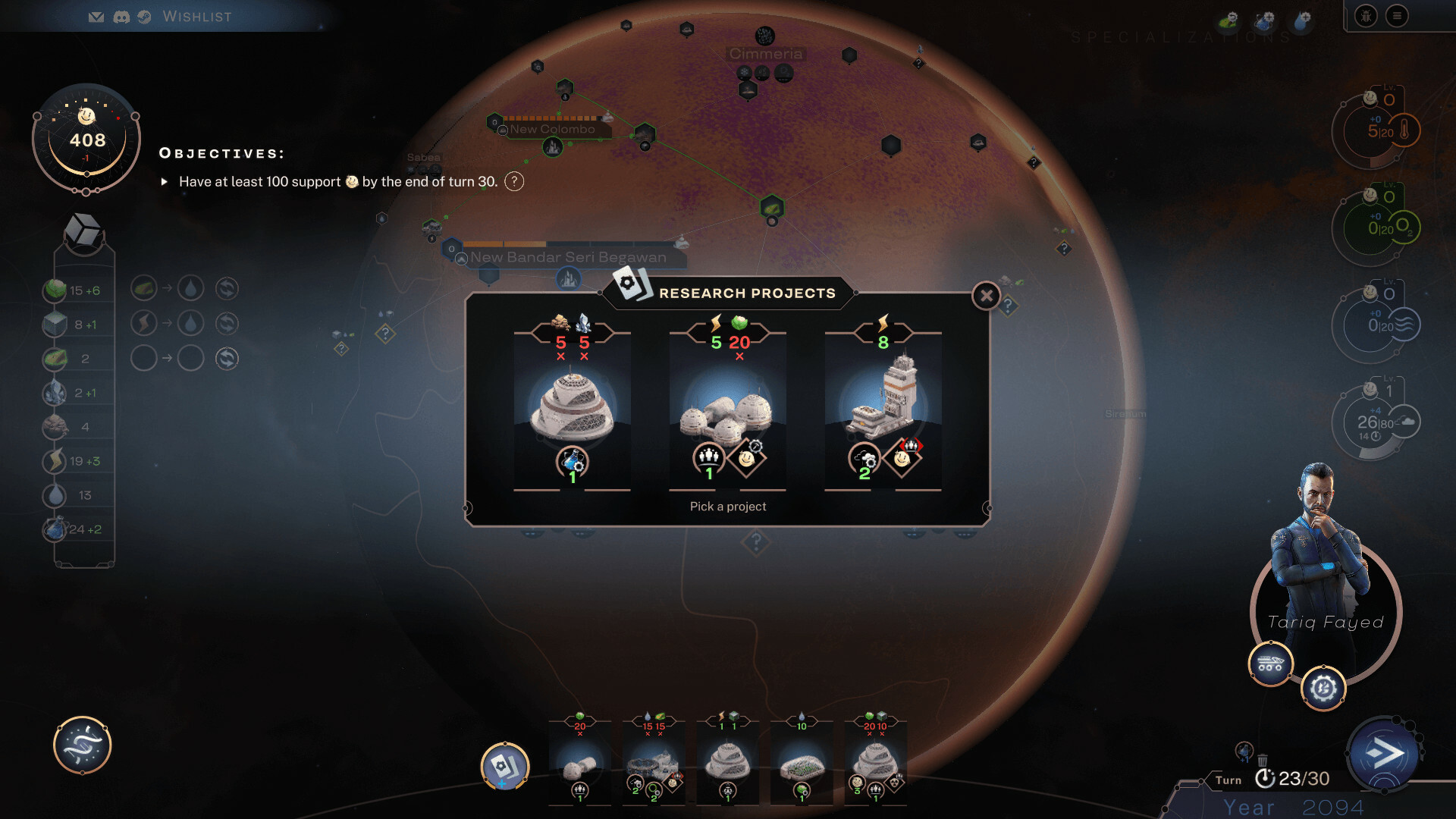 However, randomness always brings the risk of letting you feel frustrated, if it doesn’t give you the things you need or were hoping for. In Terraformers, this can happen if you don’t get the project suggested that would be a good combination with your other projects. The difficult thing is that while this aspect can be frustrating, it also brings fun and excitement when you do get the right projects that work well together. So to some degree, this frustration will always be an inherent aspect of the game and something that we can’t completely “solve”. Having said that, we do have systems and design principles in place to limit this frustration:

Finally, randomness can help to keep the complexity of the game low. For example our project proposal system replaces a traditional technology tree, often used on other games. In those games, if you want to play optimally, you often need to define your path through the technology tree long in advance, which can lead to a very complex early game, and also to an optimal strategy that you follow in each different game. Something which 4X games like Civilization suffer from in the long term. By including randomness here, we solve these 2 issues, but increase the potential for frustration.

In the end it’s also a matter of personal preference.

In a future devlog we’ll share more about the map generation process (which we are changing), as this also includes procedural randomness.

That was all for this month! We wish you the best for this holiday season. Here is a sneak peak into a terraformed city artwork, something we’ve been working on as well: 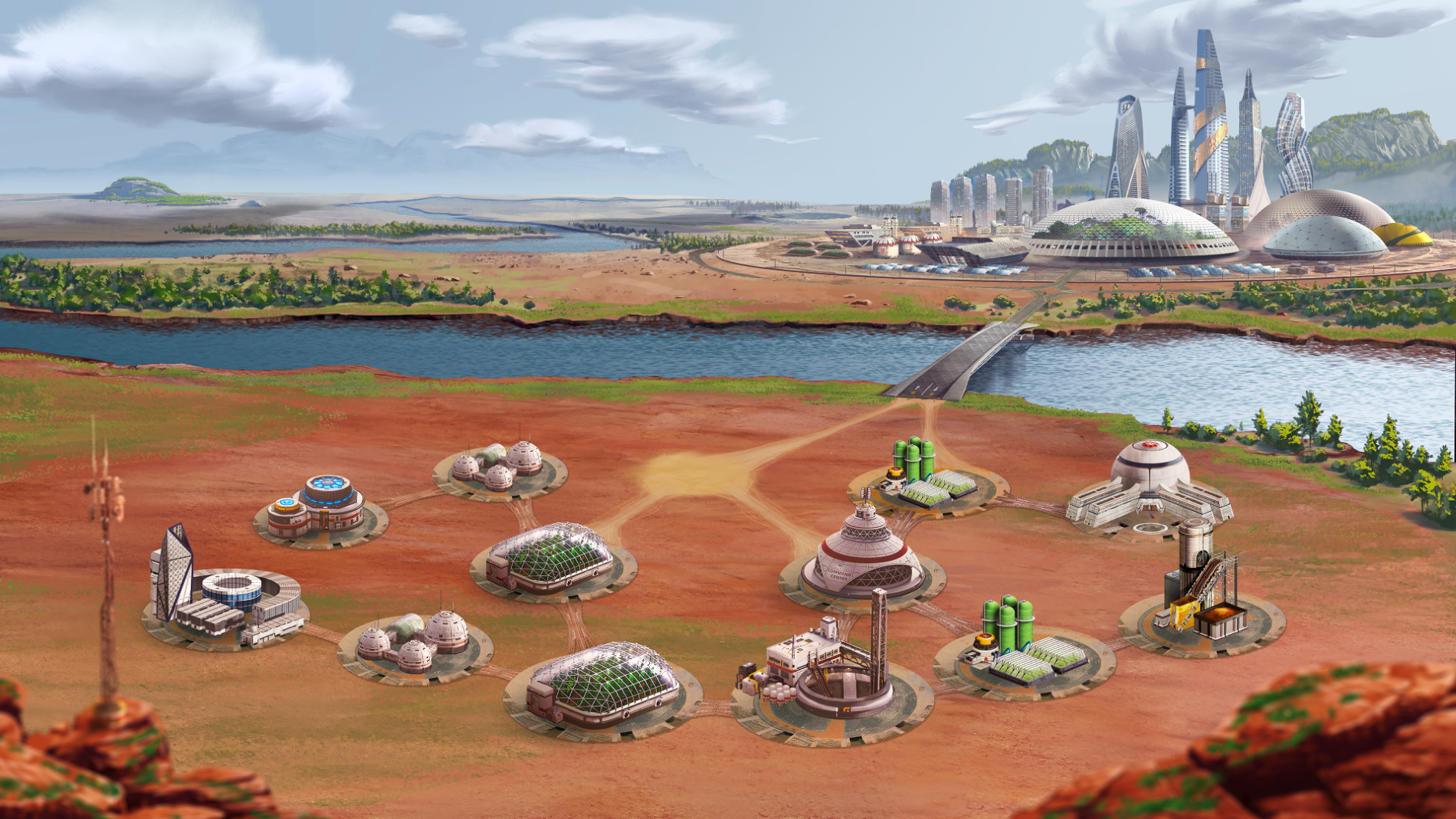