June has gone by in a blink and July is around the corner, with the conclusion of the European Football Championships! Things are going a bit crazy and Switzerland played above expectations. It is also exciting to think about the possibility of a future Martian league. Or who knows, a Solar System League, with teams travelling from every world! What would be the sport competition you are looking forward to in a multi-planetary future? It reminds me of a show I liked to watch as a kid: Galactik Football Opening.

The highlight of the month has of course been the Steam Next Festival where we finally presented a demo that introduces the gameplay we are aiming for. We worked hard on it, polishing and balancing it as much as we could.

More than 6000 of you played it and many came to share their feedback and we are super happy with all your thoughts and ideas. It is enthralling for us to see other people play the game and we are doing our best to make the game really unique and as good as we can get it.

Some of you completely crushed our own dev high score which is quite impressive! The highest score we have seen so far goes to larsoledahl on steam, with a score of 1065! Also Arnoud deserves an honorable mention, as he held the highest score posted on Discord of 1025 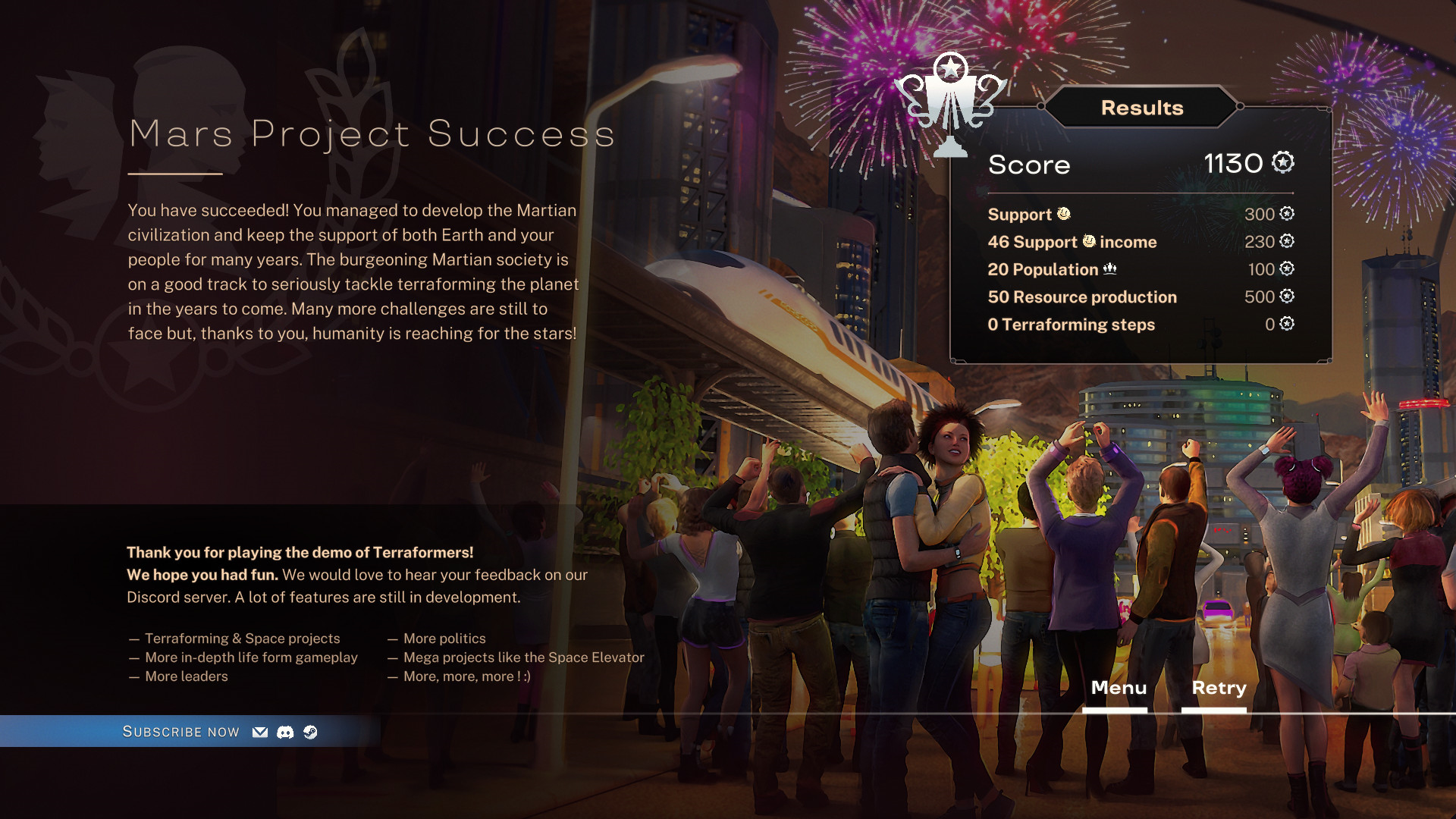 So from the bottom of our hearts, thank you, and stay tuned for more!

And if you didn’t have time to play it, worry not, there will be more opportunities to try new demo versions in the coming months and you can check out some playthroughs on youtube in the meantime.

So what’s coming which was not in the demo you may ask? Well, terraforming of course! The demo is purposefully short and very little terraforming was achievable. We will improve that for the future demo, but you’ll have to play the full game to really enjoy the feature in its entirety.

Terraforming will consist of two different aspects. The first one, which you could glimpse in the demo, is the modification of the planet's atmosphere where you can increase the atmosphere thickness, oxygen, temperature and ocean levels with different projects.

The second one, which will be possible in some capacity in a future demo, is the spreading of lifeforms. Each lifeform will have environmental requirements (temperature, oxygen, rain…) to be able to be spread into a region. Once spread, it will provide resources and support to the nearby cities as well as unlock new buildings.

An early concept of forest spreading in a region.

Last month we also quickly mentioned we were working on more music tracks and you might even have heard some of them if you tested the demo.

We got 3 new tracks in total and have more in the works. One of them is a more “chill” gameplay track for when things are going well and another is more tense for when you are at risk of losing. The last track is a theme track for the start of the game.

One of the new music tracks which will be included in future versions of the game.

That’s it for an intense month of June. Until next time,