Here where we are on Earth, the summer has been mostly rainy, which is a bit strange, but it’s a good opportunity to just develop and play games. At least I don’t get this annoying ball of light shining on my screen. And speaking of gaming, as you might be aware, Gamescom will take place at the end of August. We will have an updated version of the demo playable at the indie arena booth. There will be tons of other games worth checking out as well.

This month we had our annual workshop week where we gathered all the team in a house in the French Alps. This is a good opportunity for us to take a step back and look at the bigger picture of what we are doing. In addition, we take the opportunity to prototype some new ideas and do short burst development on features we didn’t have the time to do before. And of course, it is also a refreshing and bonding moment for the team with board games and outdoor hikes.

We played a lot of the “Evolution: Climate” board game which if you haven’t tried already we warmly recommend. The way your animals have to adapt to a changing climate and interact together was very fun and a good source of inspiration for us. 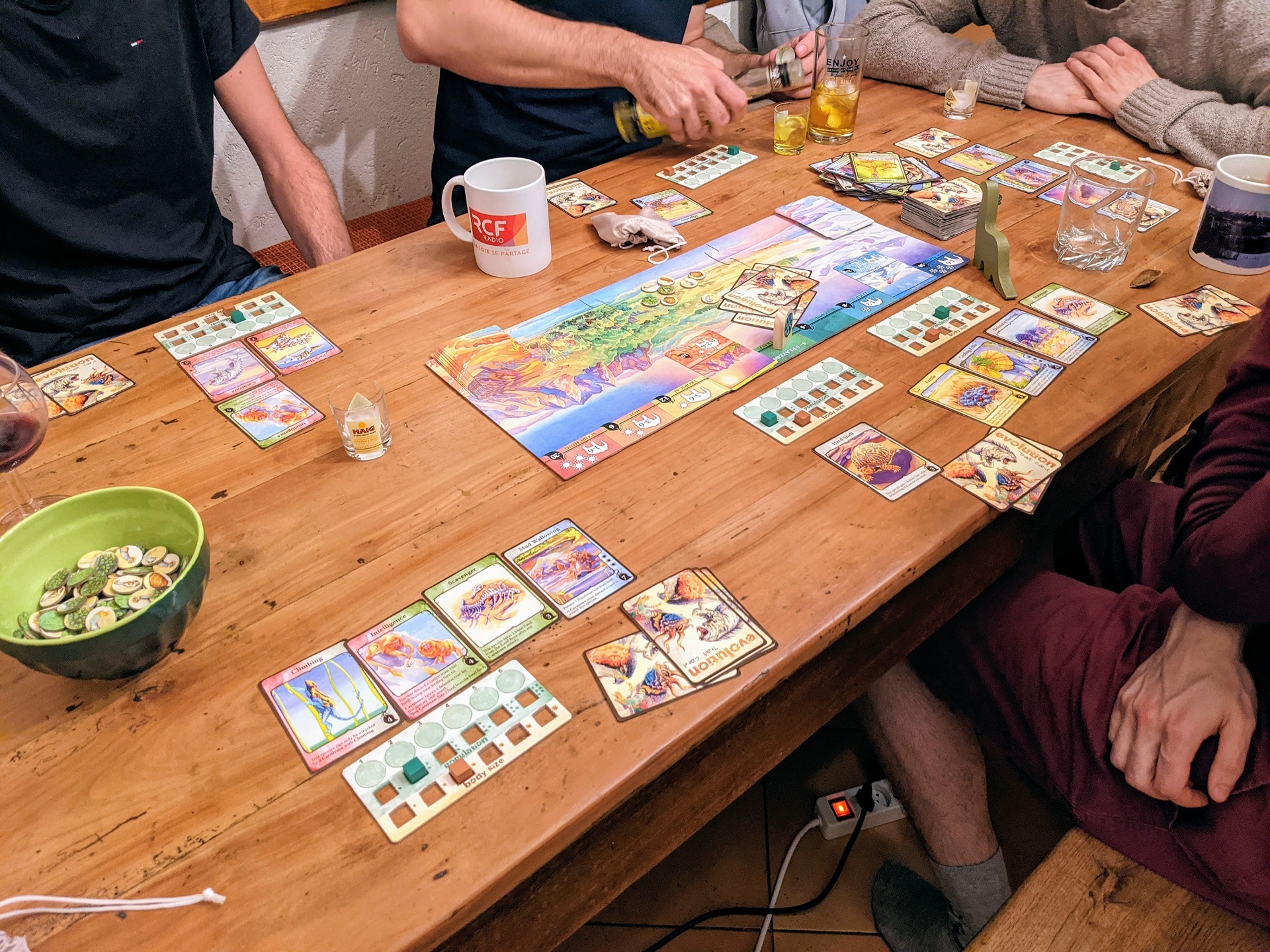 A good session of Evolution:Climate

During the week, one of the workshops we did was on improving building visuals. We want the lighting to be adapted to the different city locations as they should look good in a dark lavatube as well as in a bright crater.

Our devs and designers did wonders on this, prototyping a process to quickly create and adapt buildings to a variety of lighting conditions and perspective angles.

After setting up a process, our artist started exploring more unique buildings so that their purpose can be guessed from their visuals and they can be uniquely recognizable. Here is a sneak peek of what is to come. 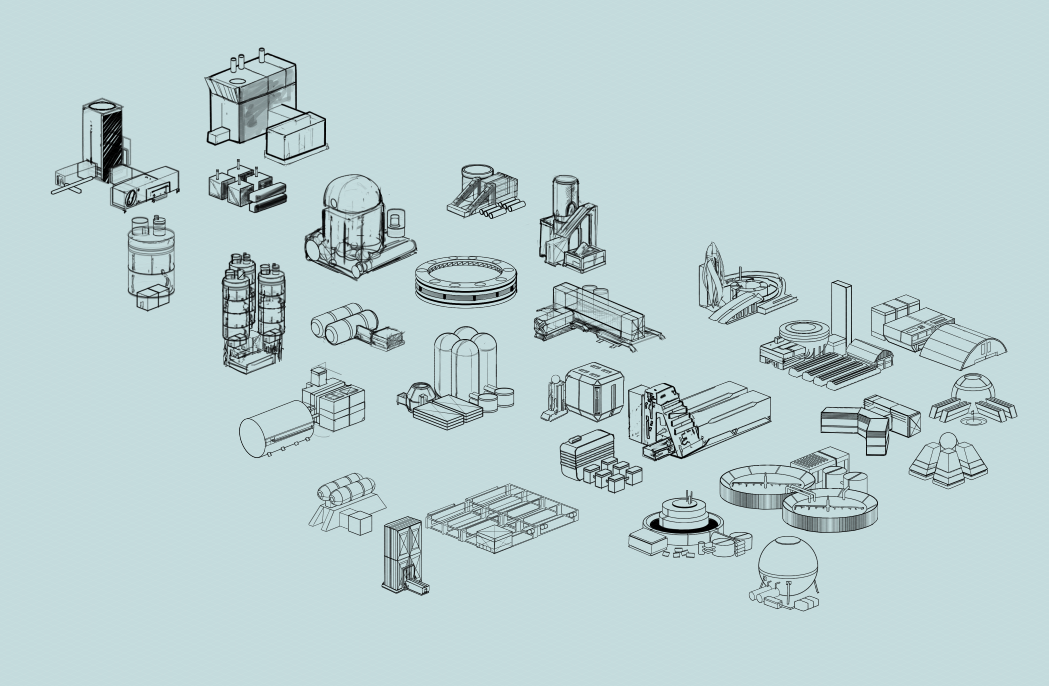 Another aspect we worked on during this week has been general planet visuals change due to terraforming and in particular forests! Forests are quite important as they participate in the fantasy of terraforming mars on the same level as oceans and clouds.

So we worked on all of that. The forest coverage is controlled by the presence of tree lifeforms in the region, combined with some amount of noise of different frequencies to make the limits look natural. The color is influenced by altitude, as well as noise and a normal map simulates the lighting and “bumpiness” of the forest surface.

Oceans are a bit easier to do, but will have interesting coastlines where you can still see some low depth geographic elements on the coastlines. And they will of course be frozen in very cold regions. And finally clouds. These are driven by how much rain is in a region. 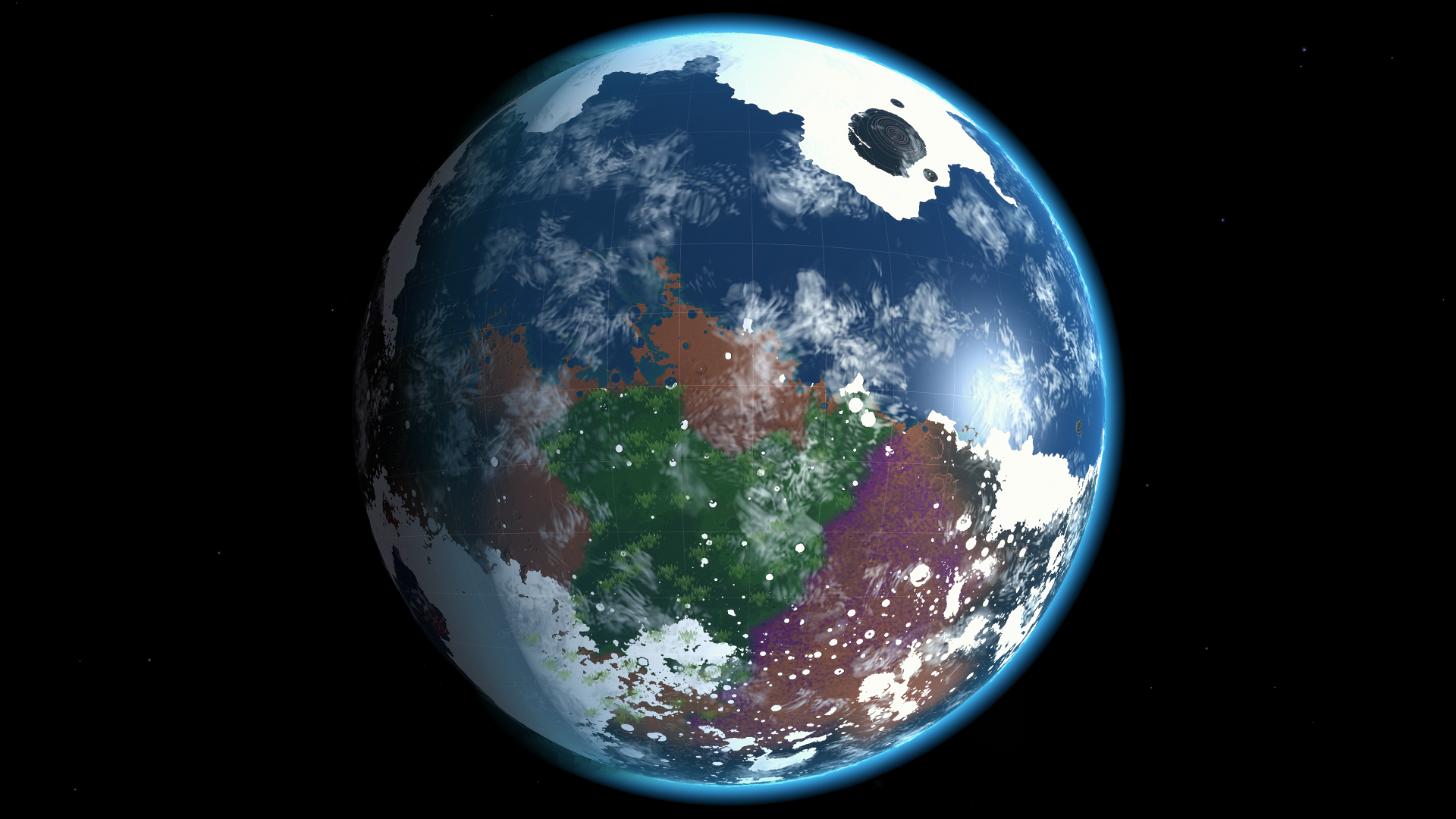 Forests, clouds, oceans and a blue atmosphere over Mars

Next month we will show the progress on the buildings and their implementation. Until then we hope to see you on the virtual gamescom booth to try the demo and beat the high score.