Recently youtube suggested to me the videos of Seán Doran who makes incredible montages of just space views with music. I was mesmerized by the recent one he did on Mars and I would absolutely recommend having a look.

These works of art always make us wonder, what will it be like when finally, someone will take the first steps on Mars. So we had our go at it! As you might know, before the game we will release, we will release a prologue called “First steps on Mars” where you will be able to try the game and set up a first base on Mars. We wanted a special key art to represent this moment and after brainstorming for a while we settled on two different possibilities.

The first scene is the door of the rocket opening to the martian landscape. And the second is a zoomed in clip of the first person’s face behind the helmet, with the landscape reflecting on it. Unable to choose, we decided to do both, and even better, to animate them into a short clip.

Another visual element which we have been working on is the “exploration fog”. This is a layer that is put over unexplored regions on the planet. It represents a significant challenge, because we want to provide the feeling of exploration and discovering the landscape, but of course, we already know what Mars looks like from space and we cannot just make the map all black.

Our idea has been to make the unexplored area look more like a geographical map of the planet, that perhaps the astronauts have with them on their data-pads, and to make the explored regions more like the real visuals of Mars. Our initial test didn’t convince us. It either didn’t have a significant identity, or it was hard to read and differentiate between the two zones.

But finally we reached a direction that we are happy with. The fog is still mostly dark, indicating clearly that it is unexplored territory. Though we do show the geography of mars through bright orange lines, giving it a futuristic map look. 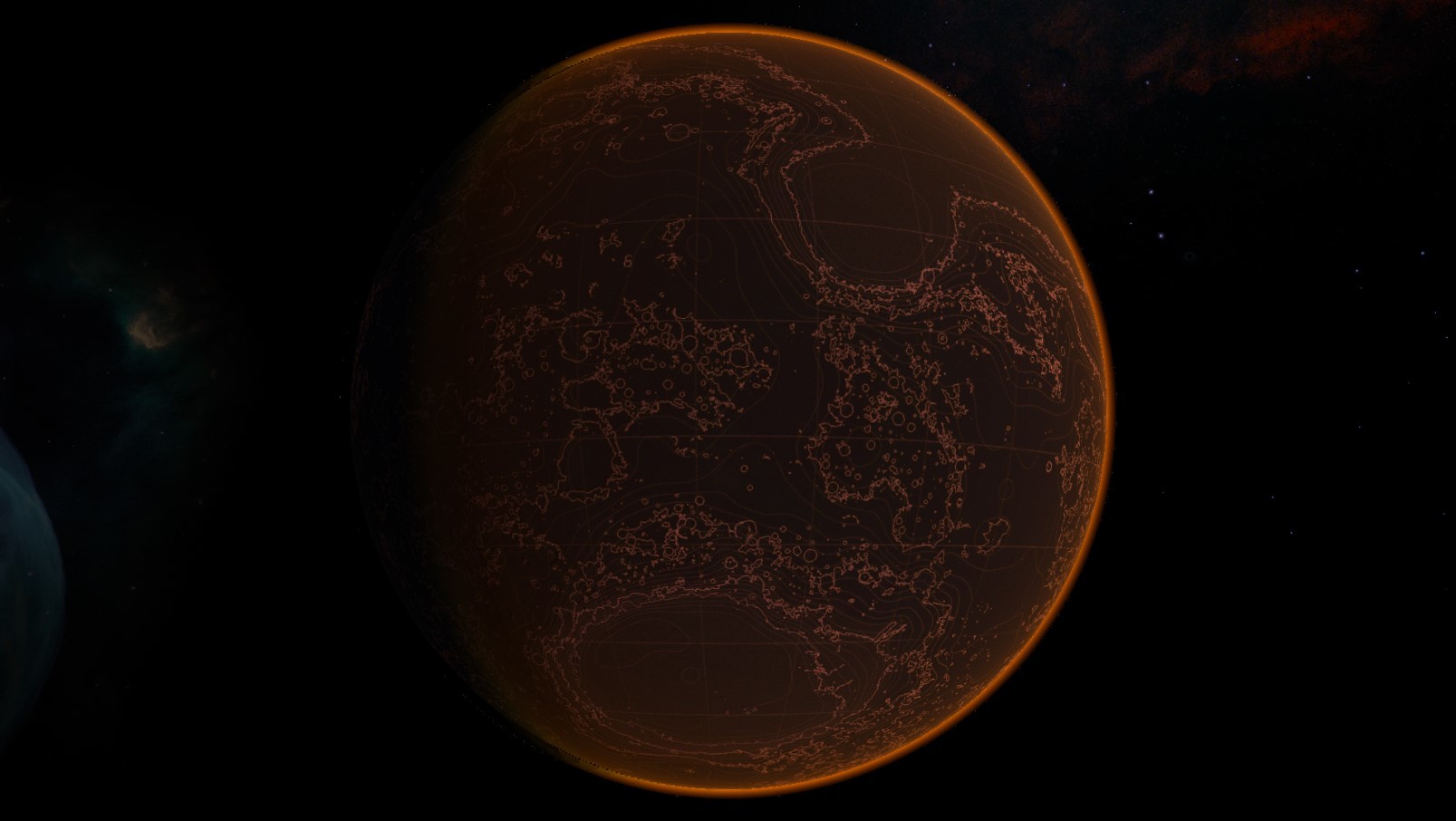 Mars with the exploration fog

Otherwise, and as usual, a lot is being worked on in the background. In preparation for the prologue we have implemented a localisation system so that the game can be translated easily as well as a save system to be able to test specific scenarios and for the player to continue their on-going game.

We are continuing the visual development of multiple aspects of the game such as the city-screen UI and the planet UI. The development goes through multiple iterations of design and integration and many more are still to come. Gameplay elements are also evolving and being added, adding to the iteration process.

One surprisingly fun thing has been to add new random city names. In the game you can rename your cities as you want, but a random name is proposed in case you do not want to think of a name straight away. Up to recently we were only using a handful of names which were becoming redundant. We decided to add all the capitals of the world with the word “New” in front of them and so now the cities will be “New Paris”, “New London” and so on. There are 200 names and I have to admit I didn’t know the vast majority of them. So it is often a surprise to get “New Kigali” or “New Maputo” and I find myself looking up which country they are from. 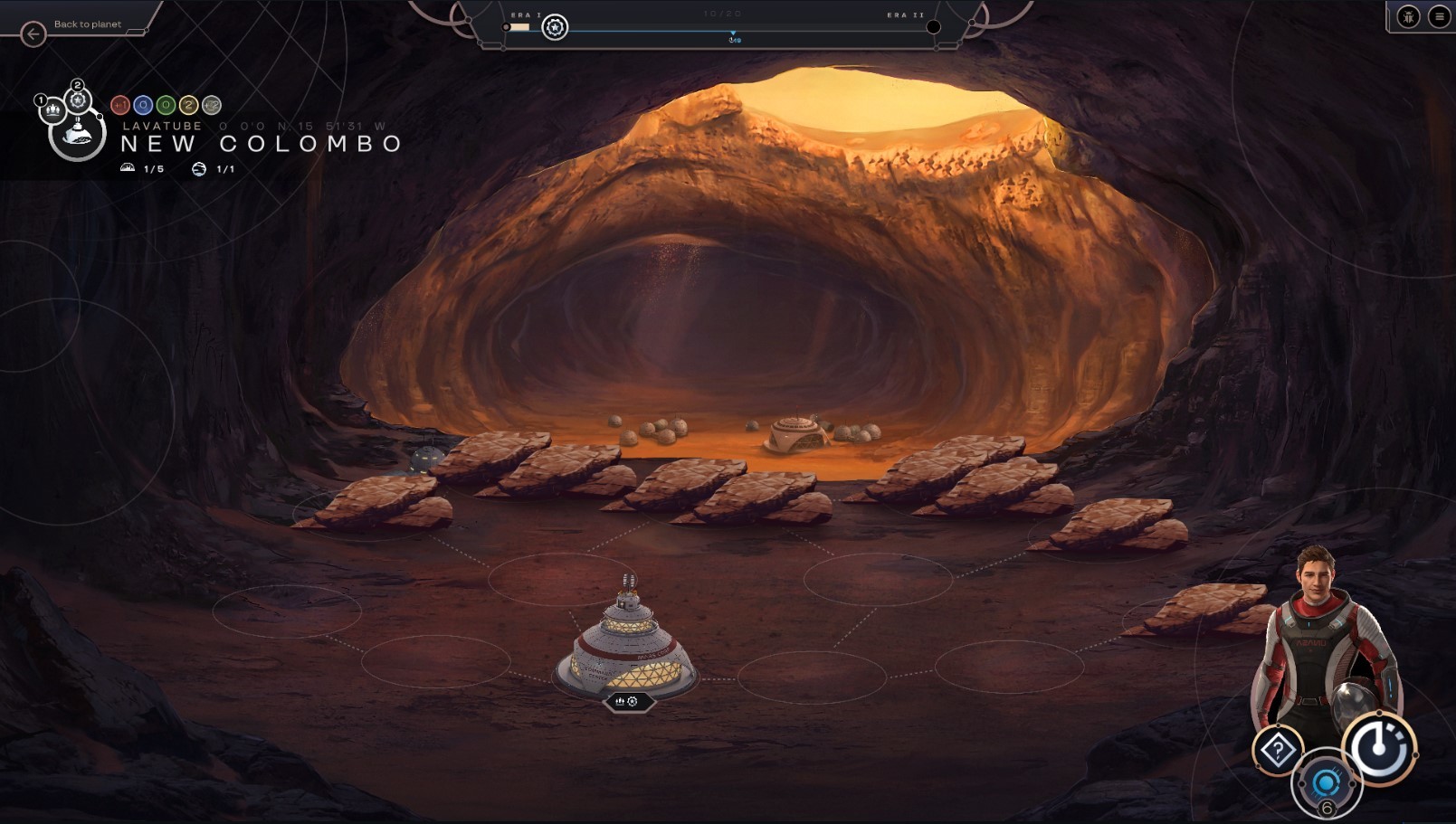 So which country has Colombo as capital?

April was another month full of progress and as our little green buddy would say: “excited to show more, we are!” May the 4th be with you! 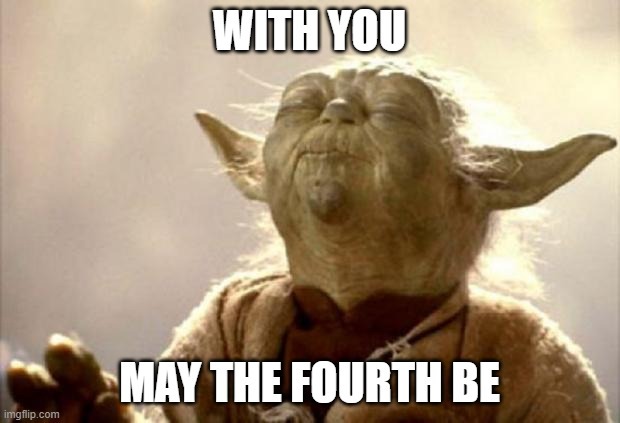