SpaceX is blowing-up prototype-rockets every few weeks this year, which is good, we want them to find all the ways they can blow up before we get on them! Spring is also finally shining on the northern hemisphere of Earth, bringing some long awaited warmth and vitamin D to dev-on!

And developing-on we did! We’re making progress on a variety of elements. A lot happens in the depth of the code, continually improving, correcting, cleaning and so on which unfortunately doesn’t make for very exciting news and visuals. For example, we improved how landmarks are placed on the planet so that they don’t overlap visually. We also improved how regions and cities are tracked and stored in the code, so that we can access them in an efficient and fast way. And to help both the programmers and our game designer test and improve the game, Seb created a new development menu that enables us to easily tweak settings and follow variables. 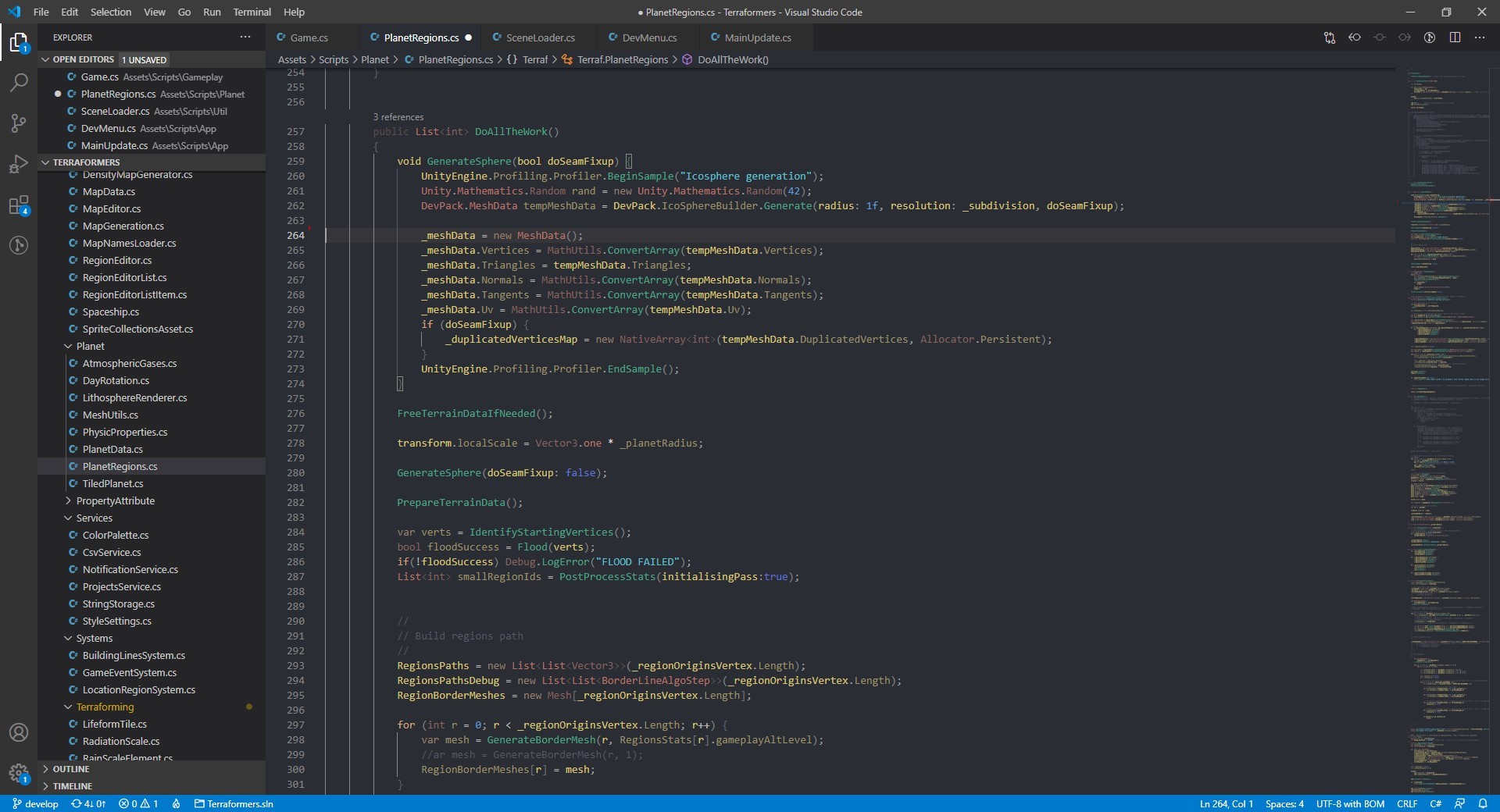 A tidbit of the code generating the planet mesh and the regions.

Thankfully our UI designer Miguel has also been hard at work and upgraded some of the game’s main screen to fit development in the game design.

Taking the landmarks for example, we had discussed in a previous devlog how you can make a choice specific to a landmark. At the time we were using the same presentation for an event and for a landmark where you can make what is essentially an “upgrade”. We felt they needed to be more clearly differentiated and so here is the new concept for landmark upgrades. 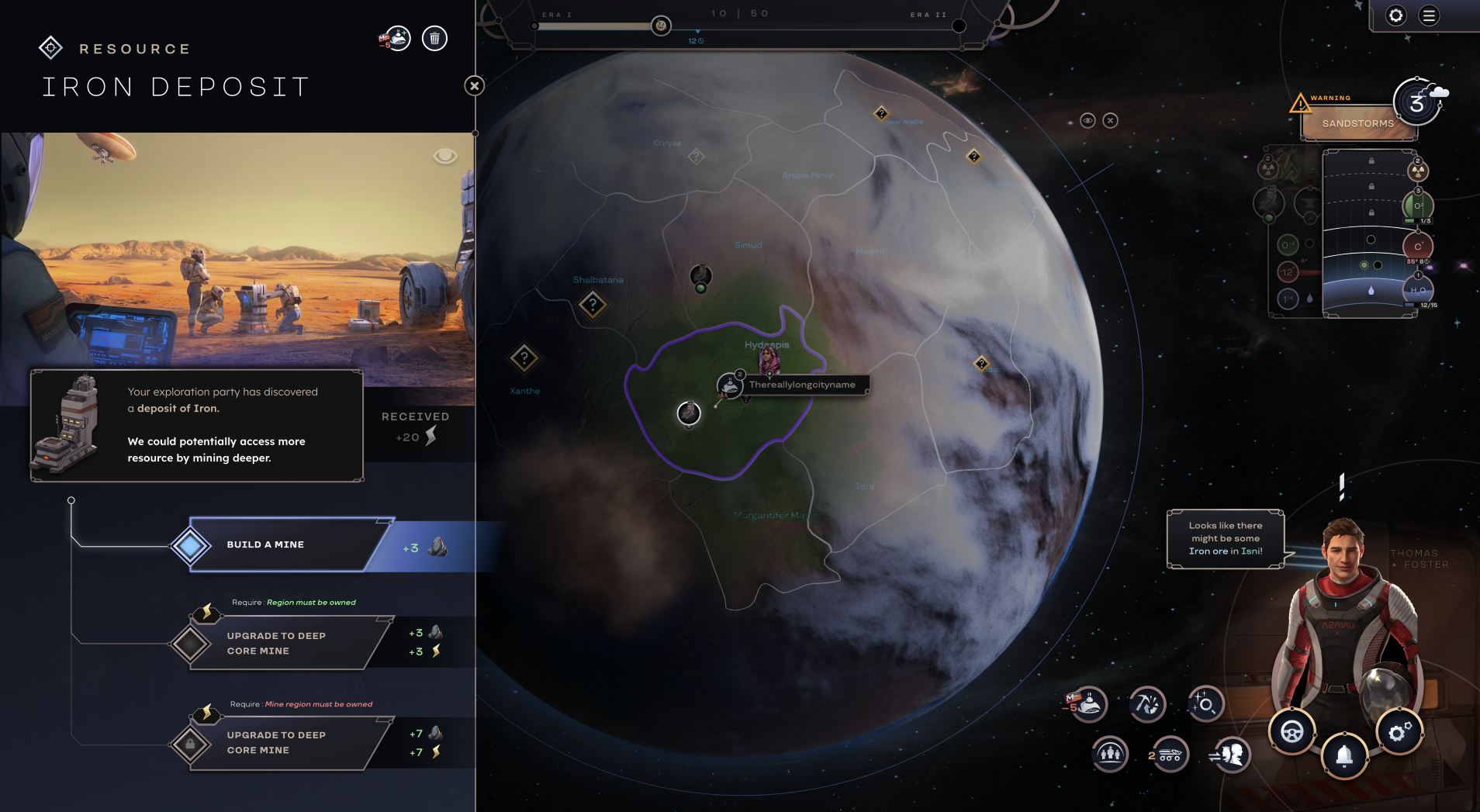 Another development in the game design has been the addition and implementation of adjacency bonuses in city buildings. So for example a GMO (genetically modified organisms) Lab will improve the amount of food that adjacent buildings produce. And a factory will induce disapproval in neighboring population buildings. Here is a concept of how the city screen UI has evolved. 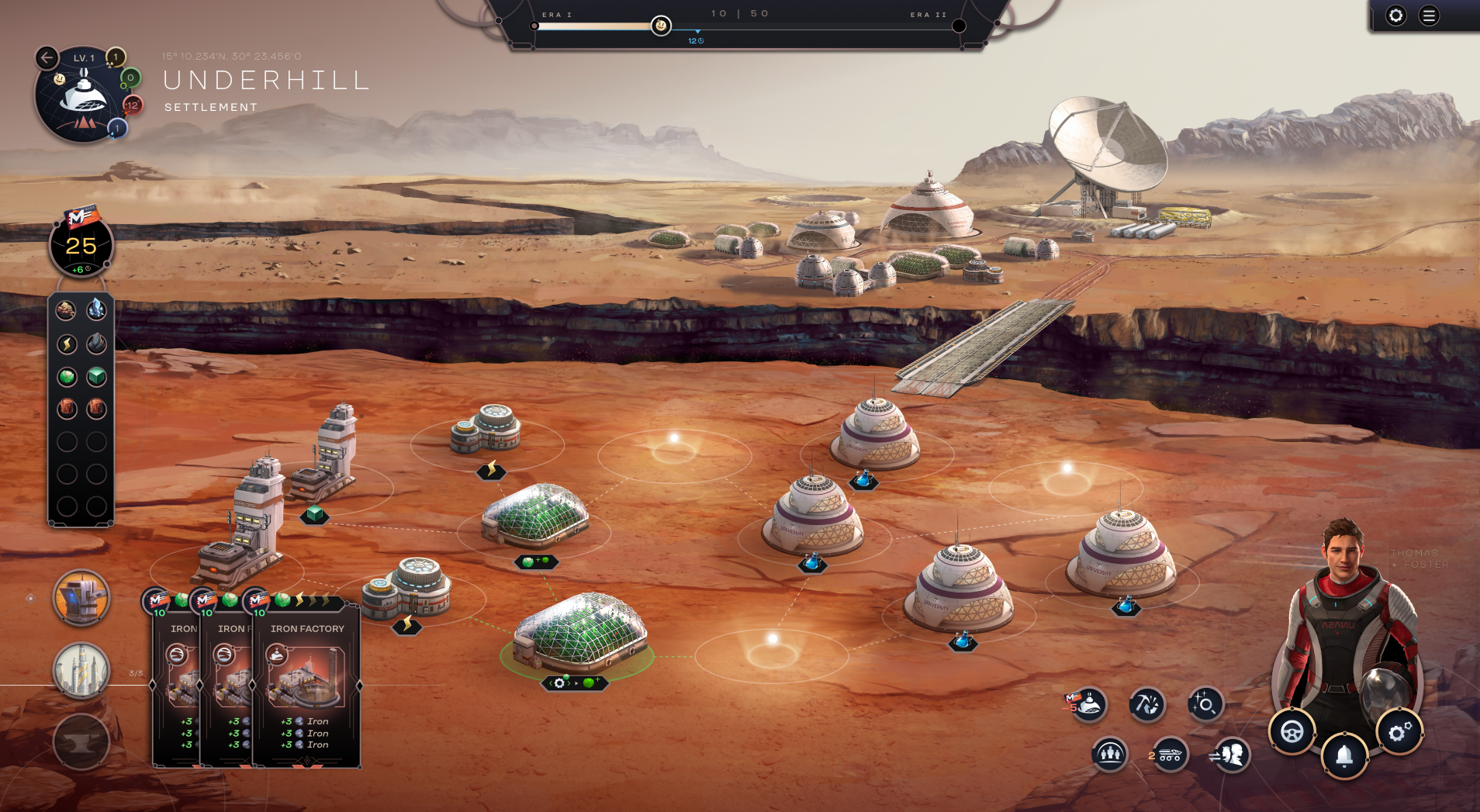 This month we participated in the “Actu Gaming French Direct” second iteration for which we prepared a small “behind the scenes” development journal video. It’s in French as it is a media channel focused on french-speaking development.

Here is the full AG French Direct video with a small dev journal.

We were also pretty excited to be part of the Goblinz Publisher Sale on steam which brought some visibility to the game and helped grow the community. Welcome everyone!

To go with all this public appearances we finally worked on a logo for our small studio Asteroid Lab and we are pretty happy with the result! It’s an asteroid of course, with a lab inside. The idea is it’s us, making games in our small asteroid lab, cruising through space. 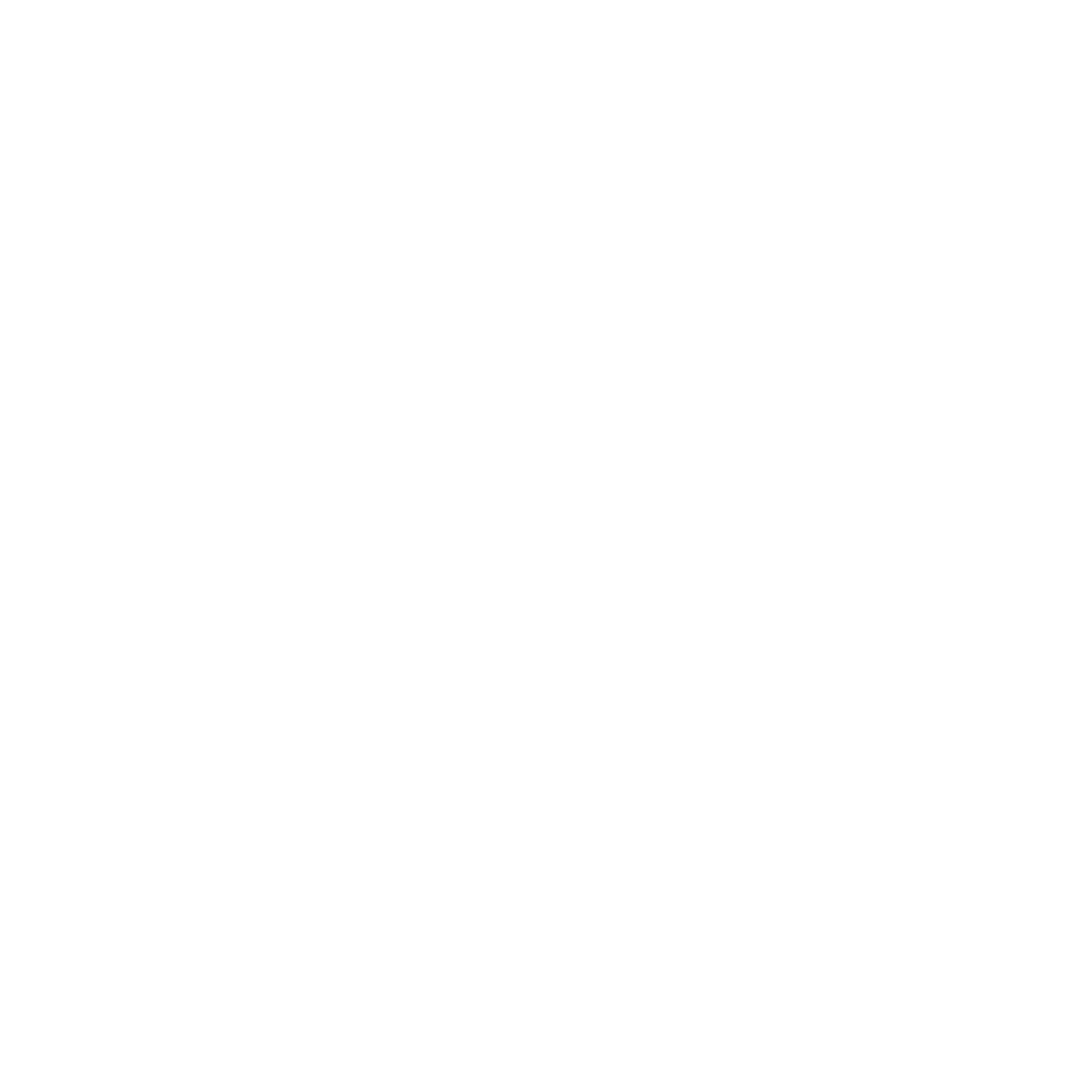 The new logo of our studio Asteroid Lab!

That’s most of the stuff we did this month but there is even more that we can’t wait to show you next time :) Until then take care!