Last month we shared an imgur post and announced our partnership with Goblinz Studio. This brought a large amount of you to our discord. It is overwhelmingly motivating for us to see so many people interested in what we are doing and we thank all of you for following the progress. Welcome to all!

For those of you who were here before the partnership with Goblinz Studio, we are now offering the possibility for you to name a crater on Mars when subscribing to this devlog. To get your own crater named you can just re-enter your email on the form here.

We will add the names to the game so that you (and everyone else who owns the game) will be able to see your crater name in game. 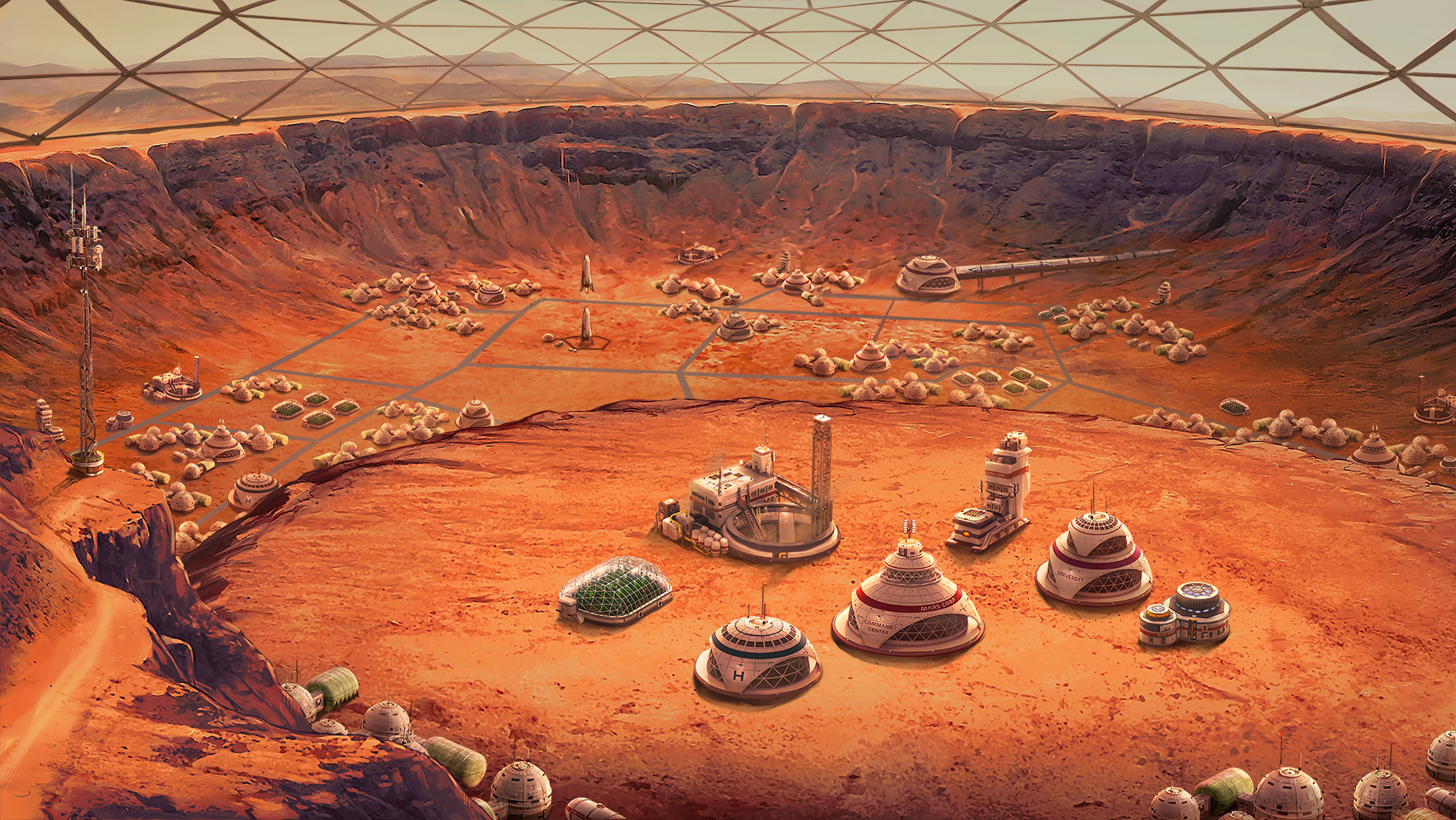 Join the Mars settlement effort and get your own crater!

This past month we have done a lot of work to bring different game elements together as well as some ongoing polishing tasks. But most of the work revolved around the new region system which we are implementing.

We worked on the resource transport system which will let you transfer resources from one city to another. We also worked on a new city settling mechanic: you can now found a new city by redirecting the production of an existing city toward the founding of a new one.

We also worked on how cities control these regions, develop them and reap the benefits. If you manage to terraform the region to an earth-like temperate climate with lifeforms such as forests and deers, your city will get an increase in food and production. And its people will be happy to have a place to escape to. On the other hand, heavy radiation and lack of atmosphere will make your people not very happy.

A big milestone for us was to implement a border system for the region. There is still a little bit of work to do to make them look as smooth and pretty as possible, but the basics are here.

The bouncing stick in action. 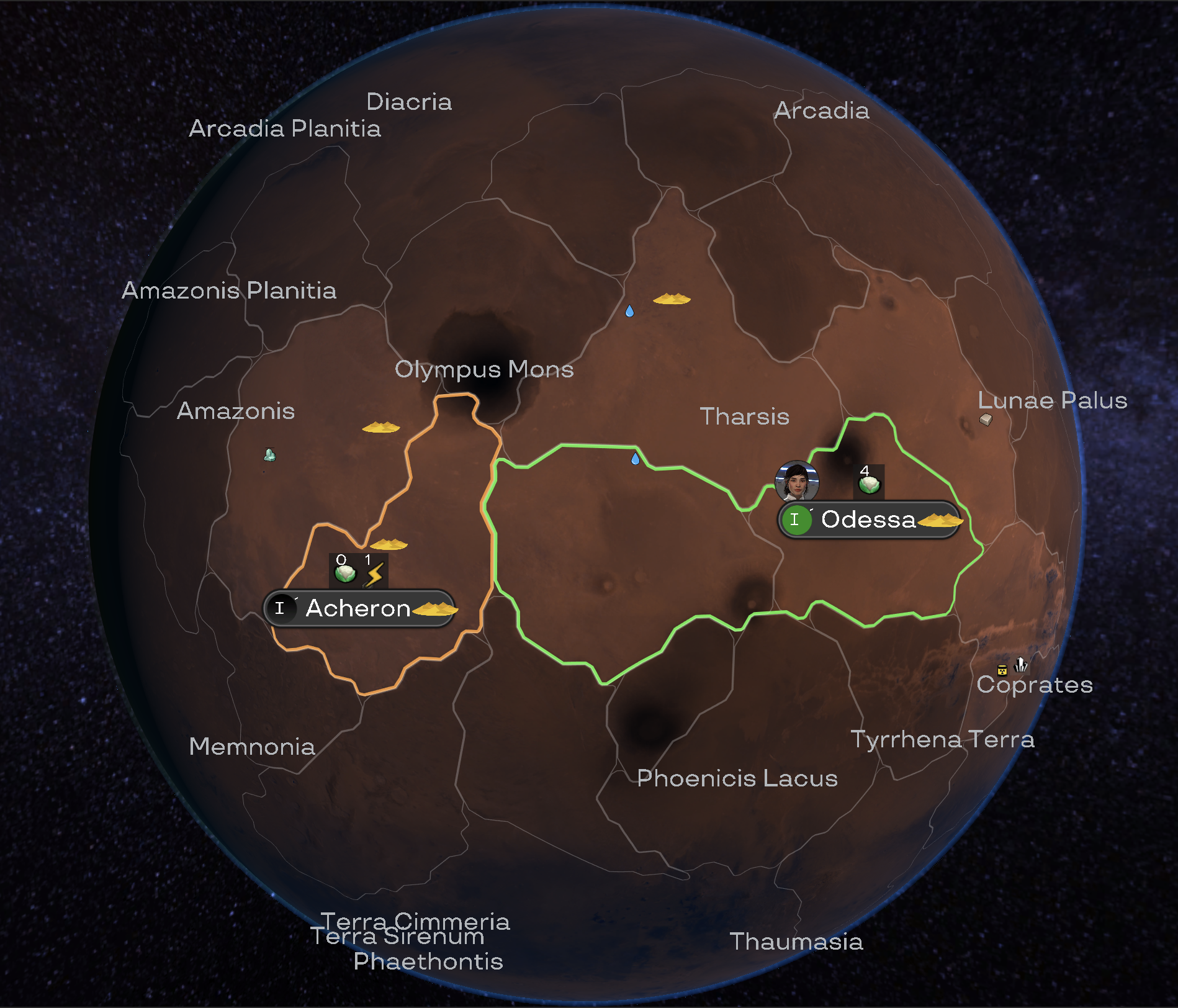 With the new boom of our community, we also wanted to refresh a bit our main key art which we use everywhere in our communication. 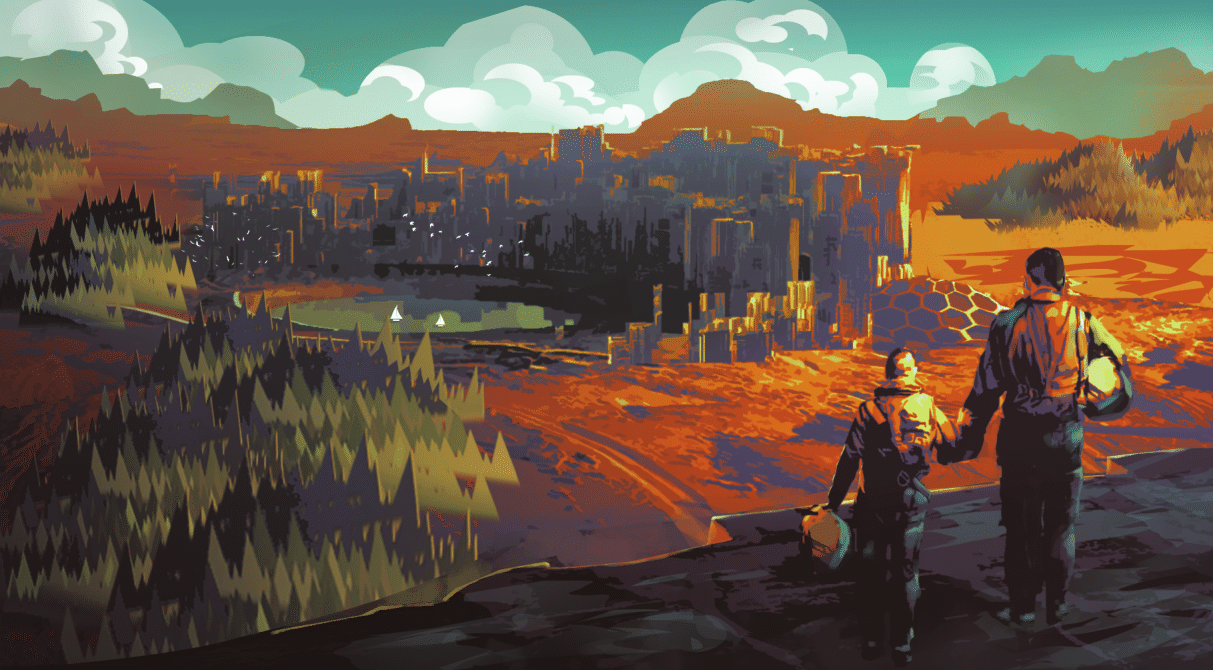 The original keyart from Swan Keller.

This art from Swann Keller is one of the very first one we commissioned (part of a series of three) and while we really love it, the game's visual style has since evolved and been more clearly defined.

Tiago has thus taken the concept and re-interpreted it with the level and style which we use now. He also created it in multiple layers to enable us to animate it. We are extremely happy with the result. 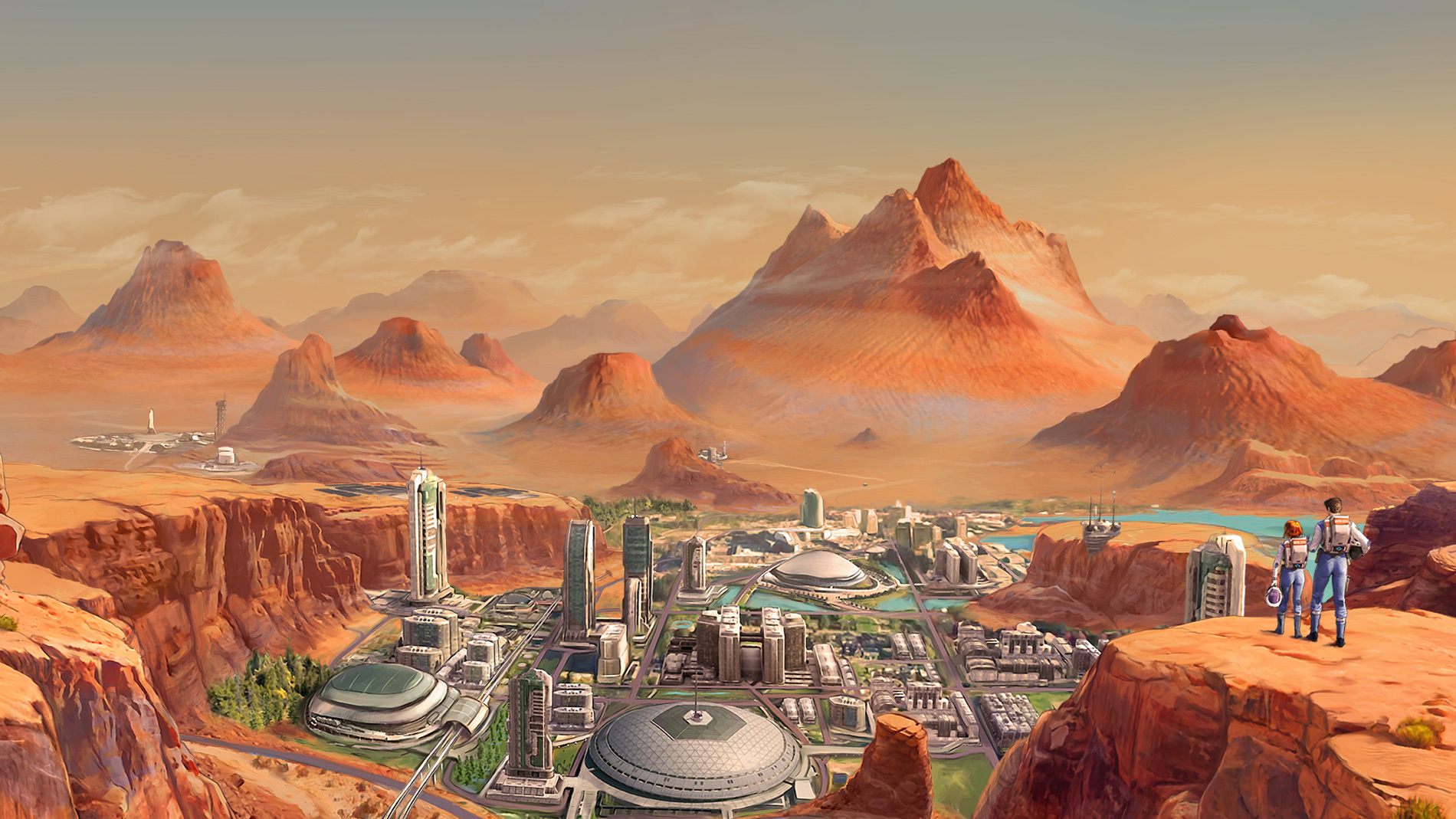 Winter is coming and we wish you all a nice december. If you live, like us, in a part of the world where it gets a bit frisky in december, just imagine it’s a warm day on Mars!