Happy new year to you all!

Mars’ new year will actually also be very soon and the rovers will be celebrating it on the 7th of February 2021 (Earth date). Which by the way, will be just a few days before the arrival of the new Perseverance rover from Nasa!

We hope you could all enjoy the new end of year festivities and we wish everyone a refreshing 2021, full of enthusiasm and success in your endeavors. 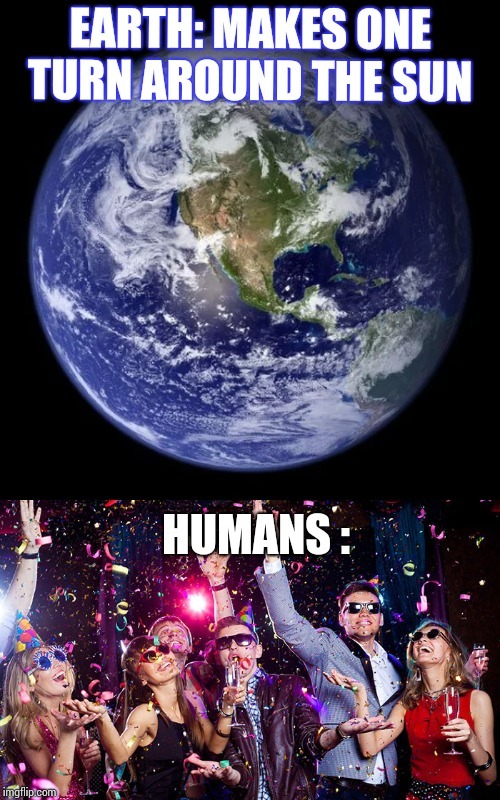 During December we have worked a lot toward improving the visuals of Mars itself. We resolved a few issues which had cropped up with our region system, namely a nice planet with no visual seam (the place where the texture joins around). We also took the opportunity to re-enable the normal map (the texture which gives shadows and depth to little terrain details) and work on some visual improvements to highlight the landscape features better. 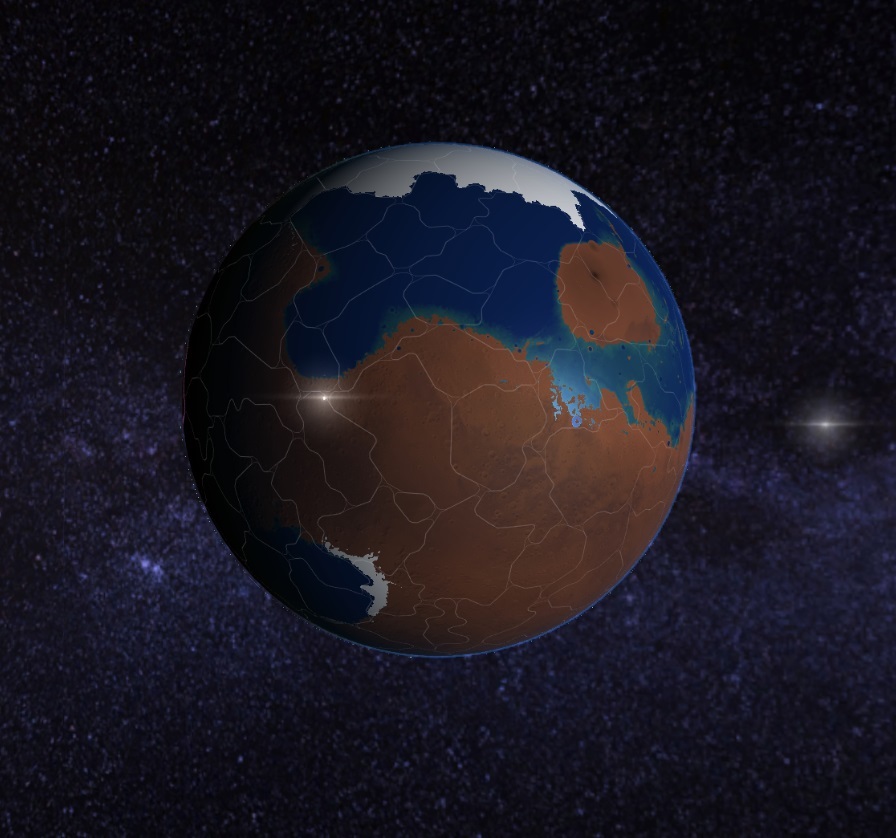 Mars with oceans and ice caps.

Then we worked on the terraforming aspect of the planet. We re-implemented the ocean rising effect to match better the different regions and give a varying tone of colors to the shores. We added the frozen aspect of the ocean for regions where the water would be too cold. We added clouds based on how rainy a region is as well as dynamic sandstorms. 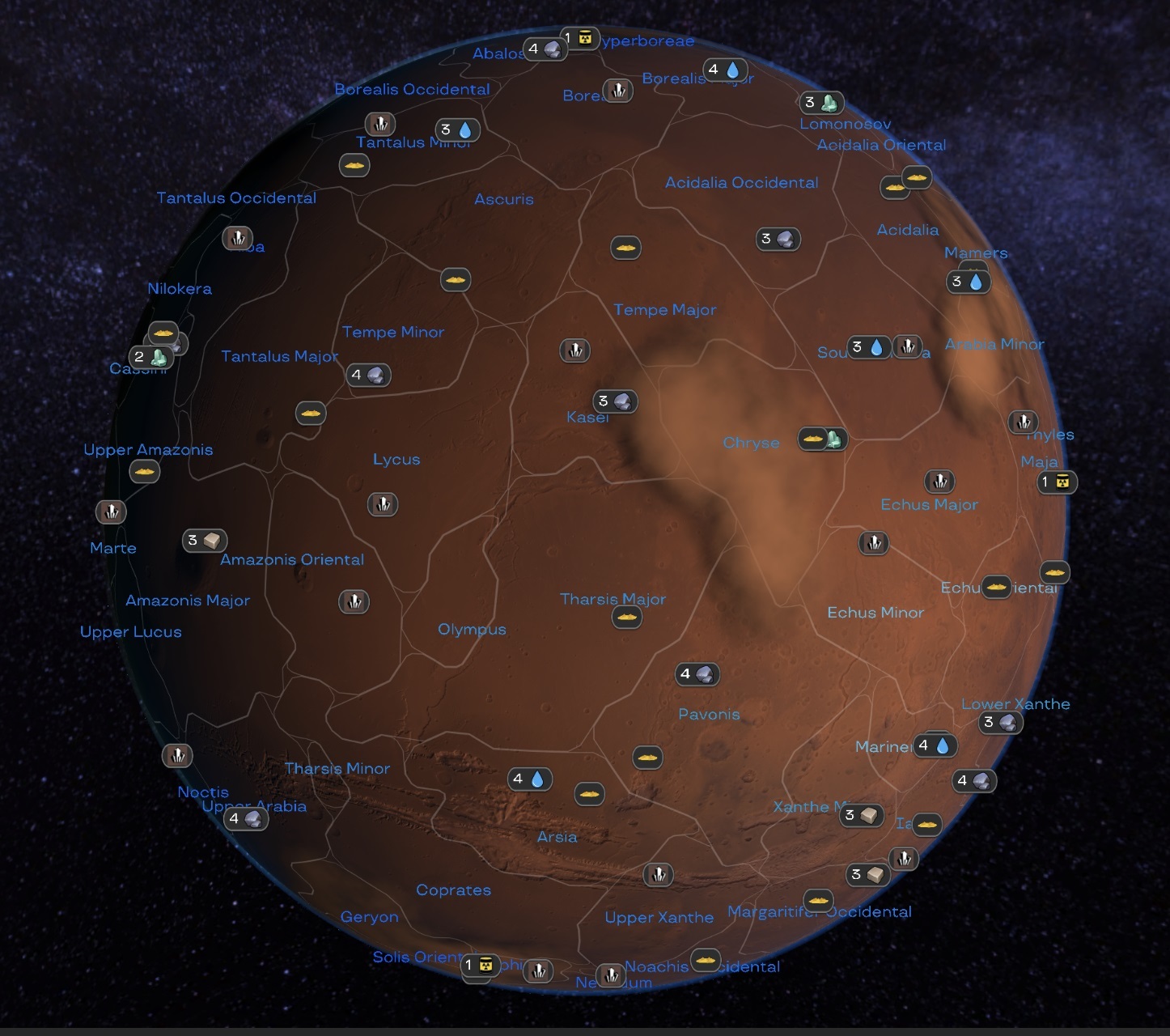 Some sandstorms moving around.

On the human aspect, we started to work on the “infrastructure” layer of the shader which shows roads and city lights appearing in regions which the player has developed. 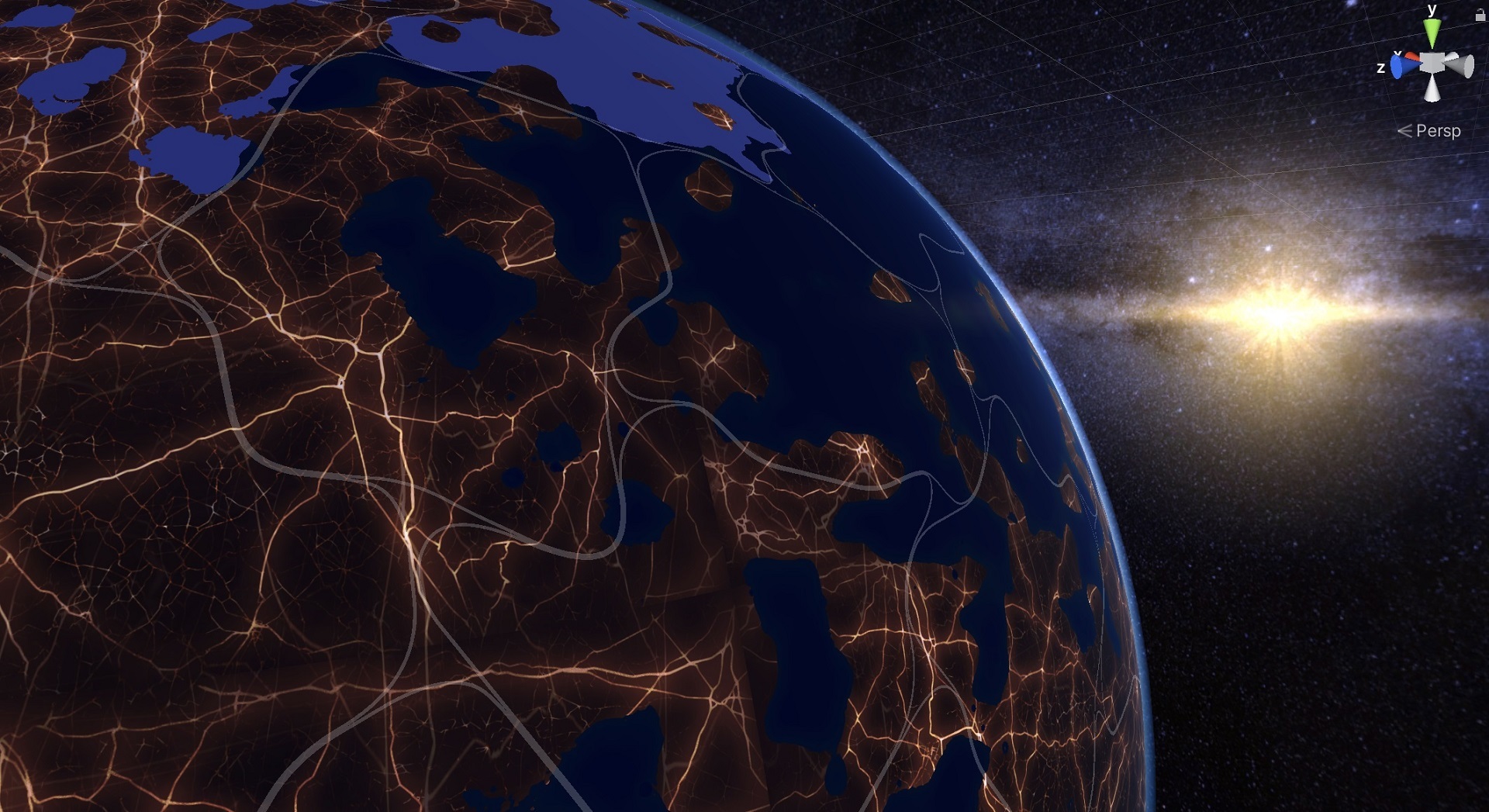 We have also started work on the visual aspects of rivers and forest though they are still quite early. None of it is finished and we will continue to improve as we go, but it’s nice to have the planet start to look good.

Our graphic artist Ludo has also been working on a new city landscape for cities on plains. The landscape itself is finished and he is now working on the city visuals.

Here is how the process goes. At first he drafts a lot of variations just to get a feeling of the balance of shape and the lighting. He works by trying to have the images tell a small story. 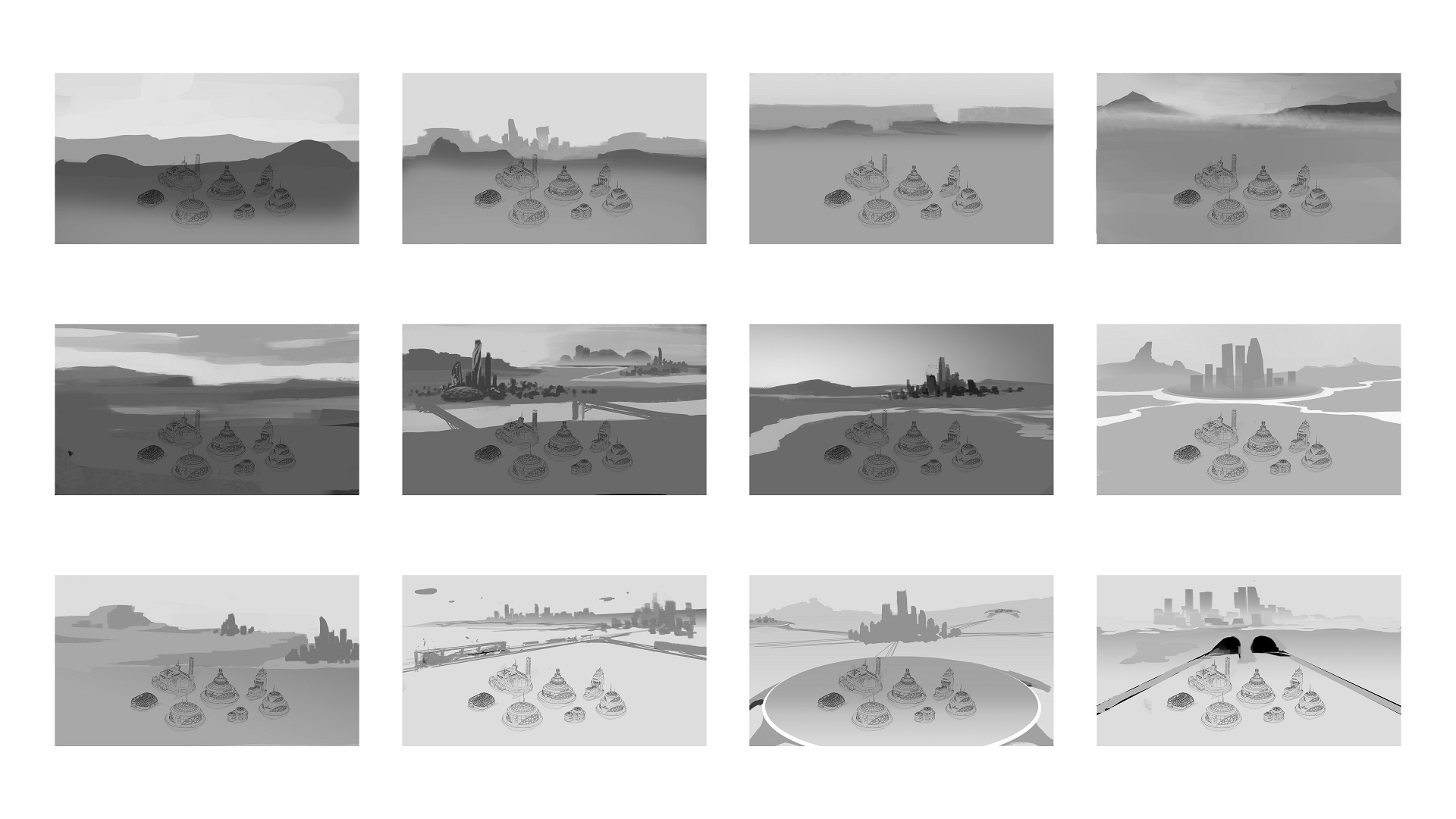 In one the main “area” is industrial with a trainline going to the city where people live in the background. In another the main area is the original settlement which expanded across a small canyon for a proper city in the background. This is the one we choose. After this step he proceeds to add broal colors to help visualize the idea better and explore lighting and balance of elements a bit more. Finally he adds a bit more details iteratively until the final result. 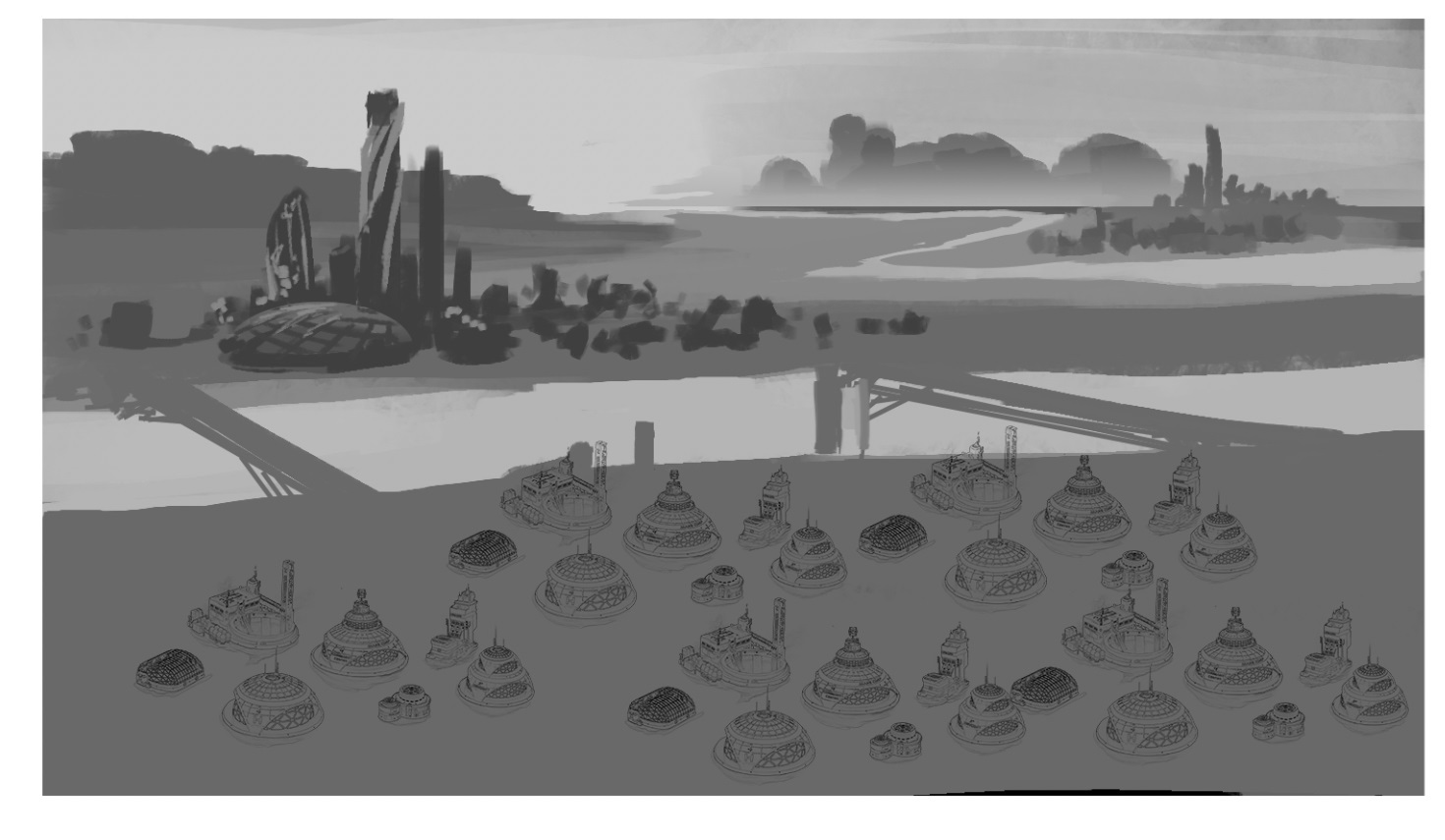 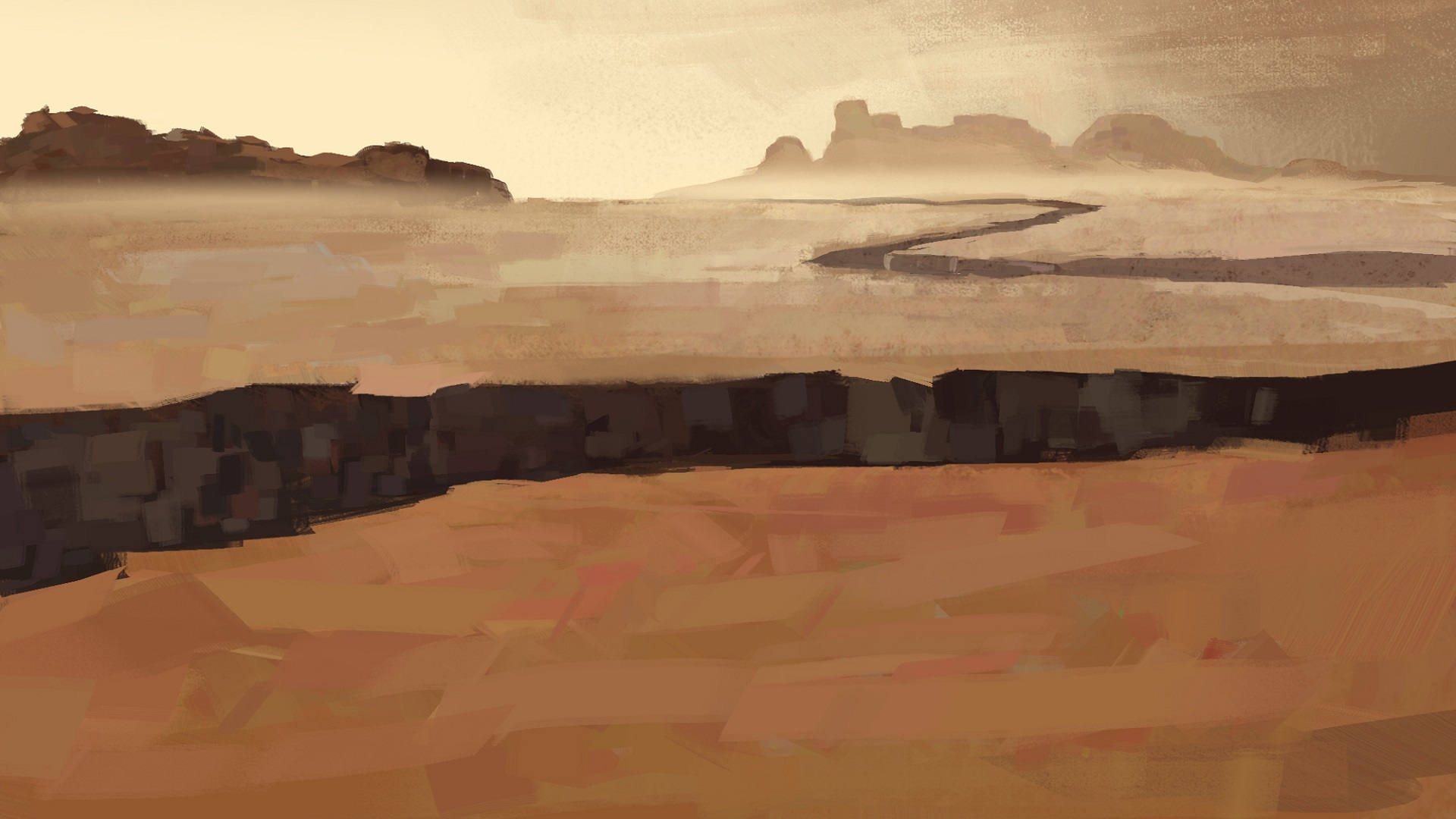 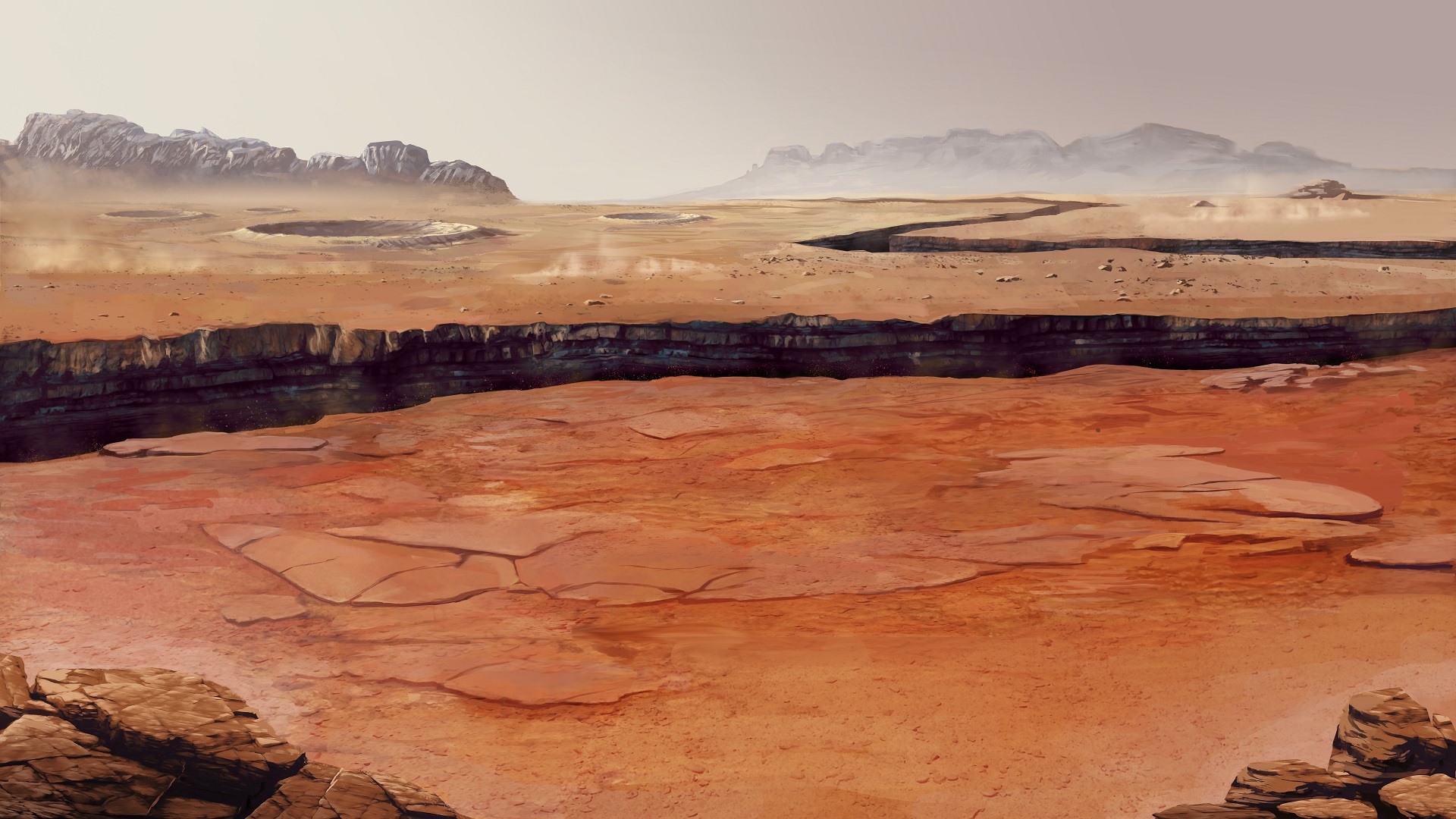 And that concludes 2020! Thanks for following us, we’re excited for the new year to come and we will have a lot more to show you!