The days are short and wet at this time in our part of the world. And with the current virus situation there isn't much we can do outside unfortunately. This got us wondering, what will people do in their off-time on Mars? Eventually, going for a walk outside or taking a rover for a weekend off might become a possibility. But at the start, the first explorers will stay mostly indoors and might have a lot of free time on their hands. I would totally play games and read books to kill time! Or better, make more games! What would you do? 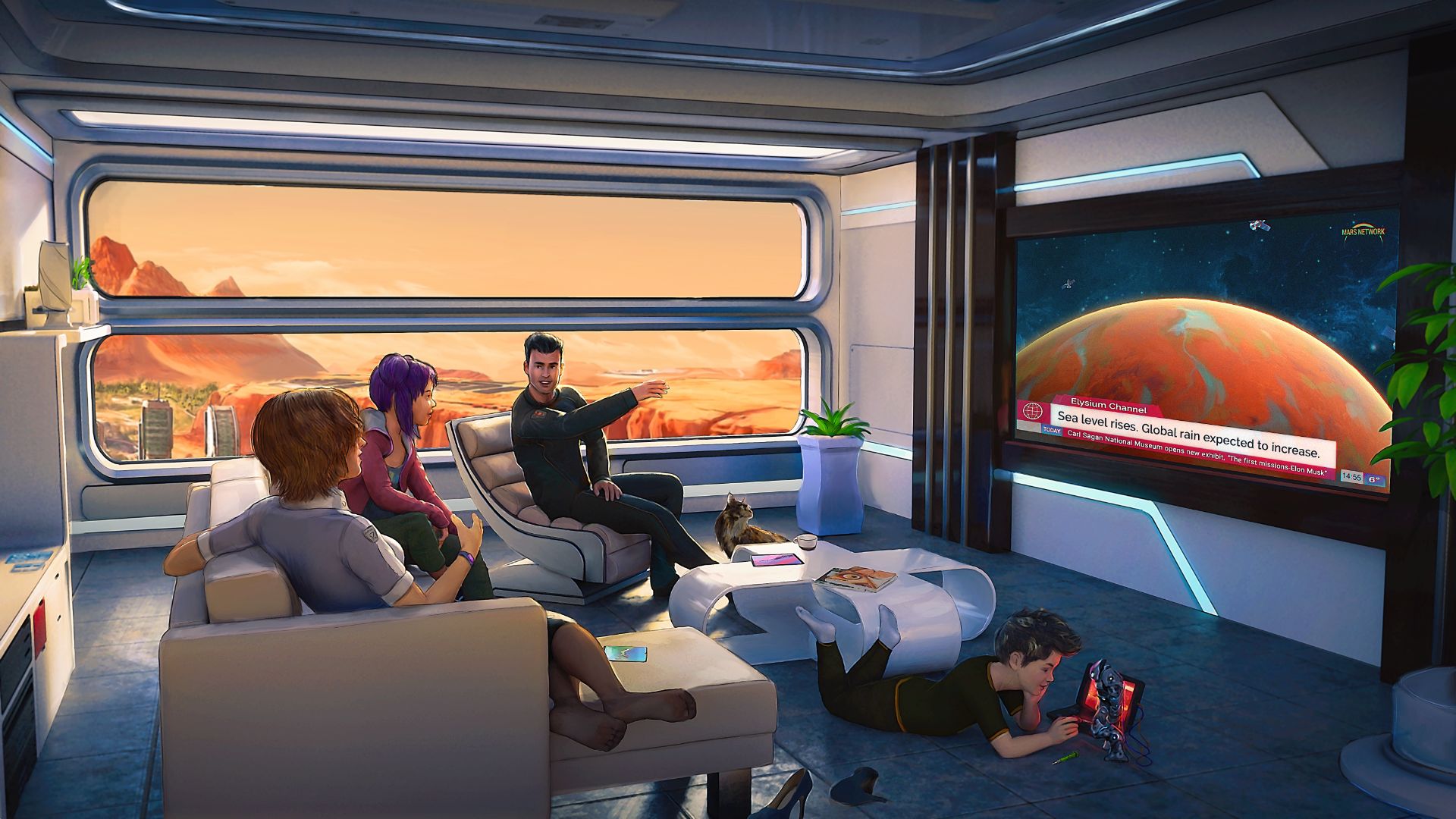 A family enjoying their time off on Mars.

As we’re not on Mars (yet), we took this time to make some progress on Terraformers! Our artists and designers have been working tirelessly to enhance different aspects of the game. We now have pretty animated menus and loading screens, but that is barely the tip of the iceberg.

Miguel worked on improving and animating the UI of the game pretty much everywhere. A big part of which has been the elements on the planet such as the city marker, the leader icons and the points of interest. He also worked on all the different popups and screens to harmonise the UI.

Ludovic has been continuing his work on the plains city we presented in the last devlog. He is making the different artwork states depend on the size of the city and it’s looking pretty good so far.

Tiago on his side has been making event artworks at an accelerated pace. Some of which you might have seen on twitter or discord. 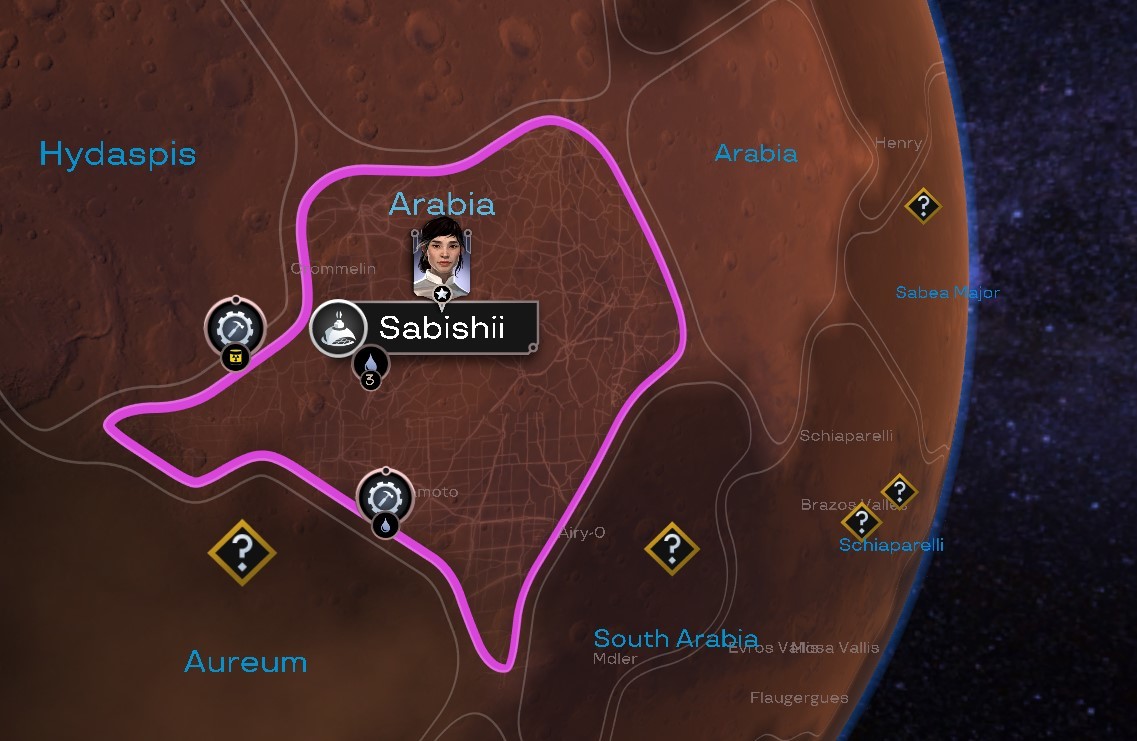 More progress and iterations have been made on the game design by Jasper. Notably we changed a bit how the buildings worked to be more like cards that you play once, rather than technologies you unlock and can do as much as you want. This promotes a more dynamic gameplay as you have to adapt with what you have at each moment.

Another element which required a fair bit of work has been the event system which brings a popup depending on random events or on discoveries made while exploring. We upgraded the event system so that decisions require some pre-conditions before you can take them. In this way, for example, if you discover an underground cave full of giant crystals with an “engineer” leader, a new option will unlock to fully mine-out the resource. But if your explorer is a “politician”, then you can instead make it a protected area and build a resort & visit center.

As for Alexis and Seb, we made good progress as well, working on multiple aspects simultaneously. On one side we implemented a lot of the new shiny UI and some animations on which Miguel has been working.

We also made progress on some new game design features which Jasper wanted to test in our prototypes, such as the new building system and the new events choices. We also progressed on other implementation tasks as well as an Earth-trade system which lets you trade resources you don’t need for ones that you’re missing.

And finally we took some time to do some backlog tasks as well as some background optimisation to keep the game running smoothly.

And that concludes that intense start of the year. We still have a lot to churn through and there are some exciting things to watchout for next month. One of which is the arrival of 3 rockets to Mars! Cool pictures are to be expected.