The first month of the year and the decade has been exciting with lots of design progression and events.

In mid January we participated in a cultural event surrounding the Youth Olympics, held in Lausanne. The “meet the devs” event’s idea is to bring the public and devs together in a casual setting to discuss the game creation process while playing the game on a beamer. We were joined by Swiss astronaut Claude Nicollier to share some anecdotes of his actual space travels as well as the prospect of colonizing and terraforming Mars. 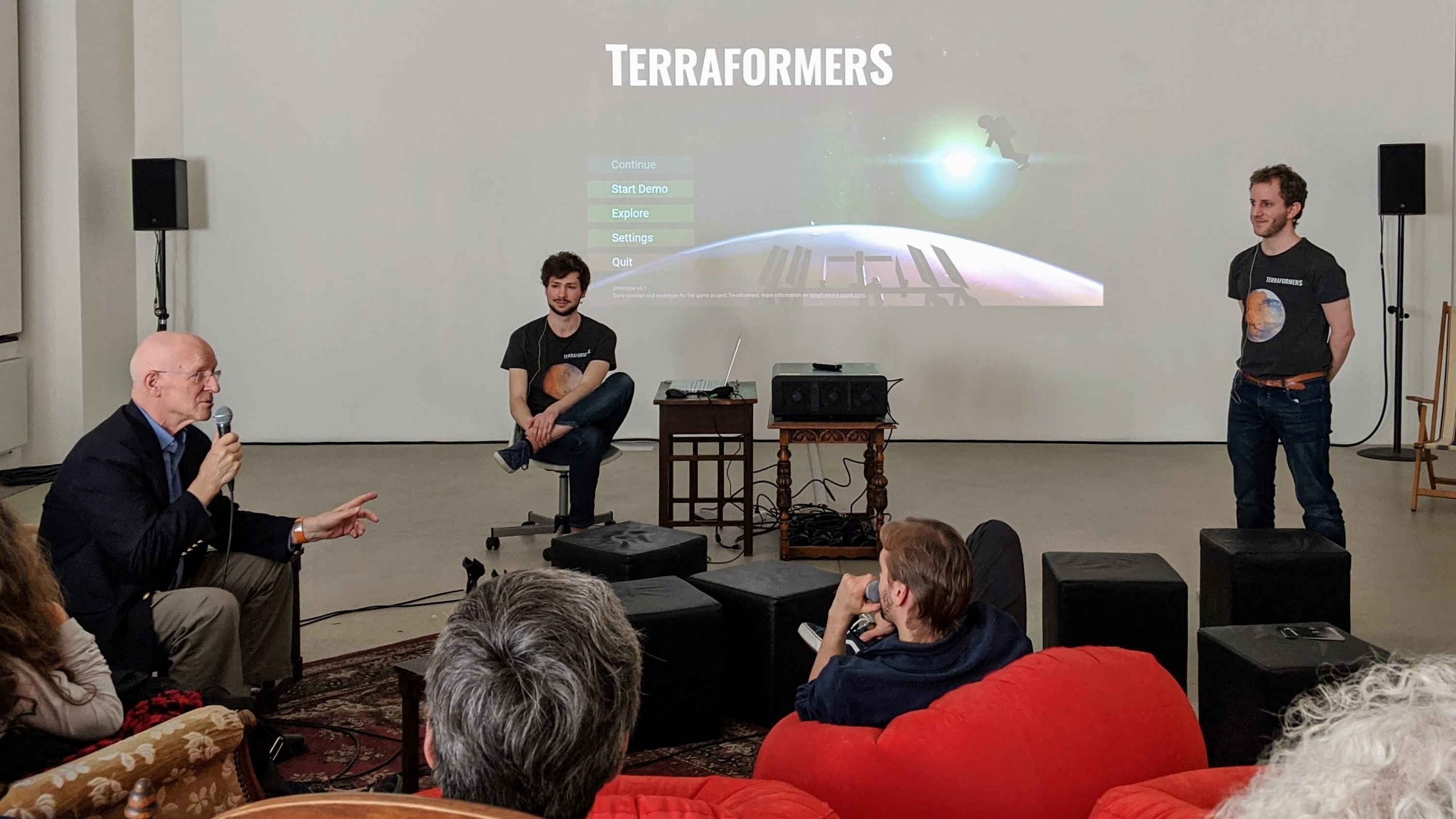 Meet the devs in Lausanne, with astronaut Claude Nicollier.

We made a design push on the general progression and pacing of the game. How long would a game last in in-game time? How many actions and decisions will the player have to make during a game and how will that translate to roughly real-life time. How does that impact the game mechanics and such.

According to the feedback we got from playtesting the game, we decided to rework a bit the way population growth and happiness is working as well as the overall design of the colony management screen and we are quite happy with what we have. We'll be implementing this new design in the game this month.

On the dev side we did some clean-ups, improvements and reworks. We also added the ability to travel from colony to colony, with a leader. In order to do this, we must calculate the shortest route from one point of the planet to another, much like a car GPS would do. This is called pathfinding. Here you can see an visualization of what the algorithm is doing to find the best route:

Visualization what the pathfinding algorithm is doing. You can see how it gets closer and closer to the solution, constantly trying new paths and discarding the ones that are longer than the best one found yet. In the real game, all of this happens instantly, invisible to the player.

We also took the time to add a satisfying animation when the leader arrives at its destination:

Animation that triggers when arriving at an unexplored site.

We have also been preparing a lot for GDC (Game Developer Conference in San Francisco) which is both very exciting and intimidating. We are coached by Pro Helvetia and Swiss Games on how to best present ourselves and our project, for media, publishers and so on.

We have also finalized the dev plan for GDC and locked all the features which we will present there.

We are also excited to announce we have started to work with Tiago, a talented artist who exited about Mars exploration and video games.

We can finally share the first artwork he worked on: the discovery of an early 21st century rover (yes, Curiosity 😉 ). The player can discover it while exploring the planet and then be presented with a choice: store it in a museum, or dismantle it to gain valuable resources. 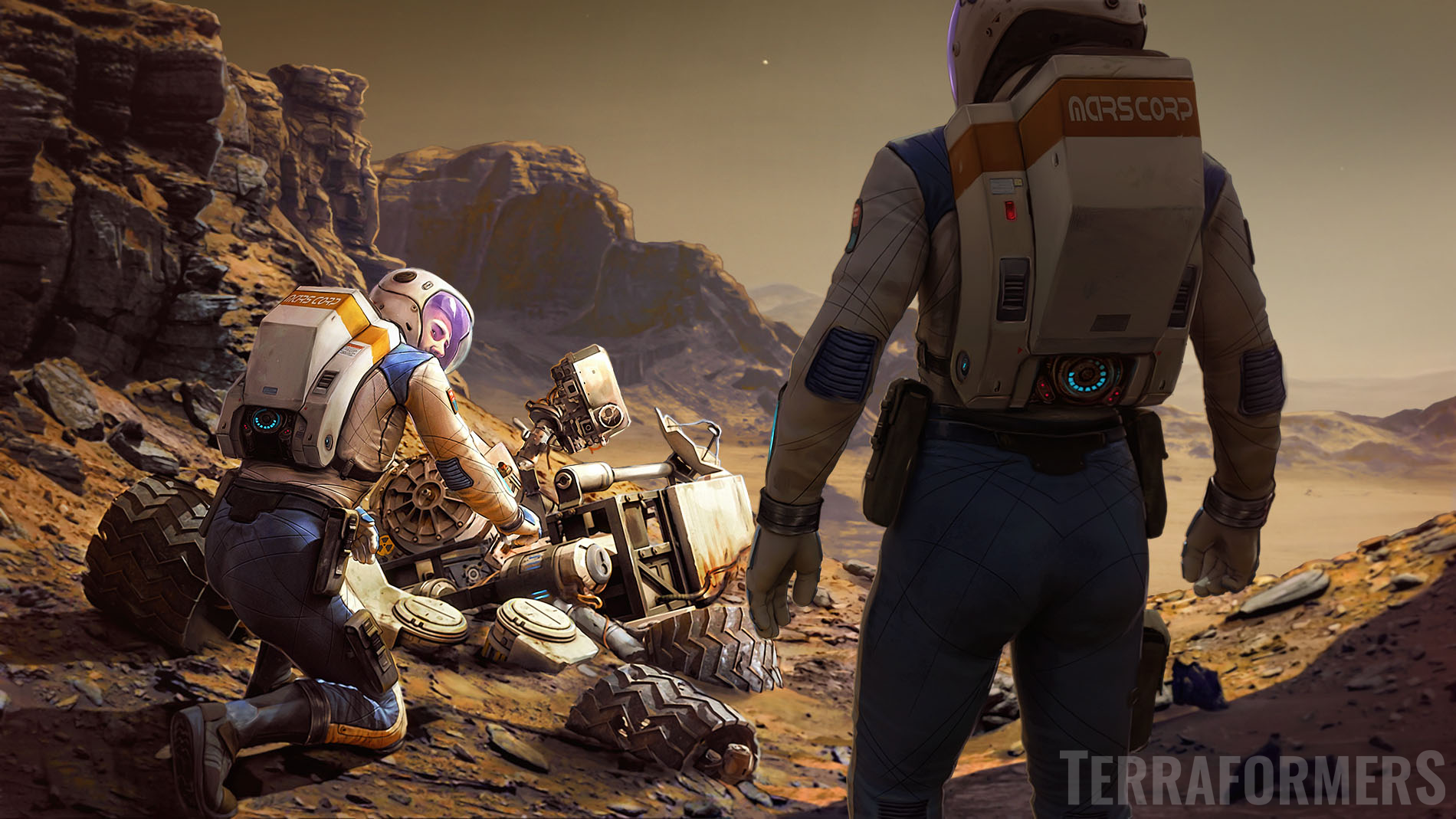 Discovery of an old rover, long forgotten somewhere on Mars.

Tiago is now working on an in-depth colony art which will evolve through the actions of the player.

February will be very busy in the rush to get ready for GDC and we can’t wait to show you what we’ll have ready for it.

See you in a month!