As you might have heard these last few weeks, the situation on Earth is dire and a deadly virus is spreading over the planet. Thankfully, governments are taking the necessary measures to keep the spread under control and minimize the damage. Regrettably for us, the Game Developer Conference has been postponed to an unannounced date. We are trying to make the best of all the things we had prepared. We are rescheduling some of our meetings through skype to minimize the loss of time and money.

On brighter news, we have made progress on many fronts this last month as we started working with a UI designer, Miguel Maldonado and a Sound Designer, Frederik Max.

As we are not exactly a “space” game, but rather a 3X game on another planet, in a near-future, we wanted to reflect that in the interface and sounds. Concretely this translates in panels with volume and personality for the UI. And for the sounds we tried to avoid too many “beeps” and “bells” and have sounds which feel a bit more mechanical and electronic.

As a picture is worth a thousand words, here is the latest interface concept for our main screen. It’s still work in progress, but it is starting to have the feel we envision. For the sound design we will prepare a video to show a bit more at a later date. 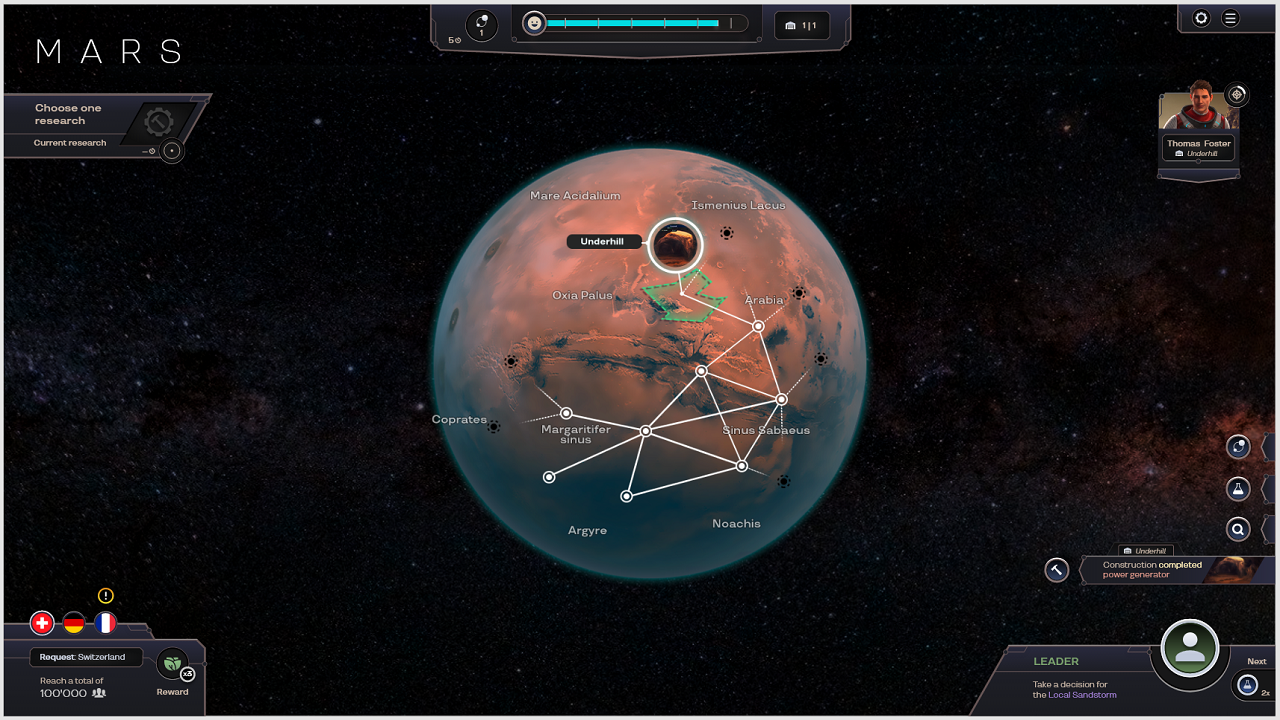 On the art side, Tiago has been working on a challenging cityscape artwork: the Lava-tube. One of the first places that the player will be able to settle a city will be a Lava-tube as it provides protection against the environment. The artwork is almost finished, but we can’t fully show it yet.

Tiago also started concept works on different buildings which you will be able to build in your cities such as a Mining complex, a factory, a power-plant, a hospital and so on. Many of these buildings will be animated with lights turning on and off and small elements moving.

Here are a first batch of concepts:

Building concepts for the player to develop his cities in the cityscape.

And finally on the development side we made some great strides as we pushed hard for a cool build to show at GDC. We reworked and improved the placement of resources on the planet. We improved and fleshed out the system for events, discoveries and quests. We continued our rework of the population growth mechanic. We implemented the new sounds and UI elements. And many more things. It’s hard to show all this progress in a screenshot sadly, but you’ll enjoy all of it when you try the game in the future.

We can’t wait to show you more of what we have prepared with our next monthly update!

We wish you all to stay safe and healthy,