2020 will be pretty significant in the actual real-life exploration of Mars. At least three rovers and one orbiter are currently planned to launch for the red planet, carrying experiments to gather environmental data that we need to prepare for human exploration. It will also be an exciting year for us with lots of features and events coming up.

But first let’s have a recap of the last month. In December we had our quarterly physical meetup. Even though the company is based in Bern, Switzerland, we are a decentralized company with all of us working remotely. We still like to meet in person regularly to maintain a good cohesion and work on broader goals together (marketing strategy, work-organization, game design, art direction…).

We reviewed the way colonies were placed on the planet. Previously the placement was completely up to the player, but we found it was hard to know why a specific location was different from another. We identified that what made Mars really unique are all these strange locations: craters, lava-tubes, canyons, dune-fields... Thus to put them more in prominence we now have potential colony location procedurally generated and linked by a grid of connections. These locations have specific features such as resources, building space, radiation protection, comfort… and they are very specific to Mars. The player now explores along this grid and colonizes the predetermined locations. 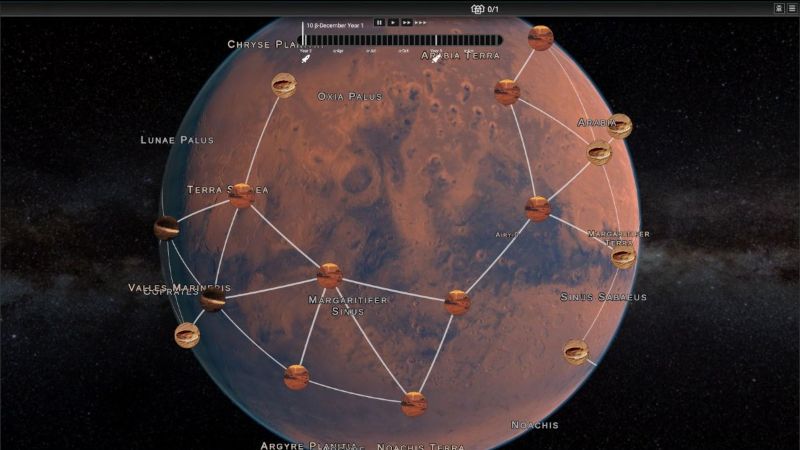 Mars special locations and the grid system to explore them.

The new exploration and settling design was also the opportunity to push a bit more the Discoveries, Events and other similar features which will prompt a player to make a choice. For example, while scouting for a new colony location you might find the remains of an old rover with a nuclear electric generator still functioning. Will you keep the rover as is to put it in a museum or will you dismantle it to use its material and reactor for a new auto-powered building? Another similar feature is the Society Progression. As you develop your society on Mars it will progress through stages, each prompting you for a major decision such as: expand, research, new technology… We implemented an early version of the design which connects the number of colonies that a player can control to the current state of the society. 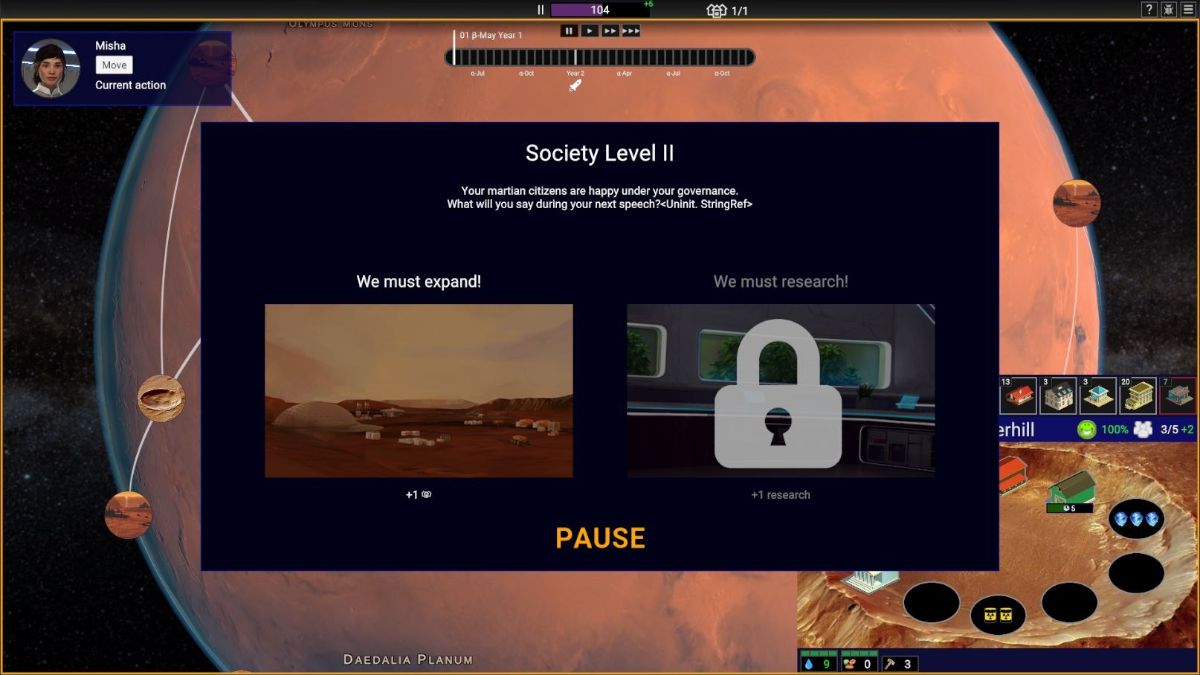 What will you say to celebrate and encourage your colonists when the first major milestone is reached?

Finally we also added a long-time missing element of Mars: its moons! As for other simulation aspects of the game, we went overboard and implemented the full realistic orbits using the latest data on their orbital elements and characteristics that we have. This was not just for cosmetic reasons as we have some gameplay features for space and the orbital mechanics will let us add stations, asteroids and other things easily now. 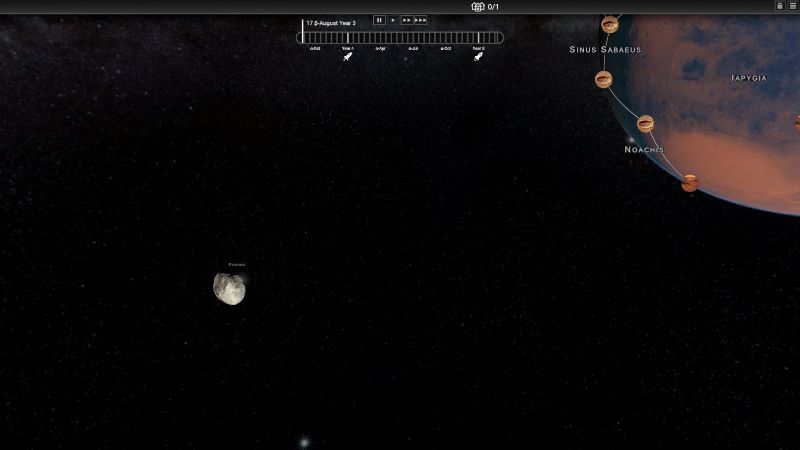 Phobos, up to scale and in its real orbit around Mars

As for events coming up, the Youth Olympic Games 2020 will take place in Lausanne this month. Several animations will take place within the context of the event, including workshops, exhibitions and conferences around video games. We will be showing the game at Espace Arlaud, the 19th of January. We hope to have a surprise guest expert in space exploration to participate in the discussion. More info about the event here.

Thanks for reading us, see you next month!

PS: As usual, the features described and screenshot shown are not yet representative of the final iteration and will evolve in the coming months.