Last month was a great month for us, we made good progress, attended a Festival and got not one but two pieces of good news.

Pro Helvetia, the state organism that supports Swiss art and culture, selected us to be part of their pre-production grant program. That's a welcome boost at this stage of our project, and will enable us to get more high quality visuals, music and sound effects. But it doesn't stop there: we are selected to be part of the Swiss delegation at the Game Developer Conference, a major event in the industry taking place in San Francisco in march 2020. We are looking forward to showcase Terraformers there, and look for potential business partners.

Being based in Bern, we were pleased to participate in Herofest, a festival about gaming culture taking place in the city. We showed the game to a lot of people, got good player feedback and expanded our network. During the event, the players voted for their favorite upcoming game; we got 2nd place for this audience award. It’s always nice to see that people are interested in Terraformers and are looking forward to the release. 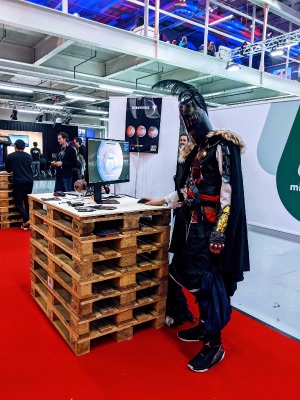 Playtesting the game with our target audience!

On the development side, we focused on the cityscape panel we talked about in the previous devlog. It is now fully functional, and we are moving on to designing and prototyping the founding of other colonies and the transportation of resources. The cityscape is our new “colony management” system. When you find an interesting location on the planet and decide to settle there, you will be presented with a screen like the one below. A 2d artwork of the location (lava-tube, crater…) with a different number of slots where you can construct buildings. Some slots have resources and some might originally be out of reach (blocked by debris that you have to remove for example). The resources will provide benefits to some buildings. This way, each colony will be unique and specialized to some extent. It will also make it more exciting to explore the planet and look for a promising colony location. 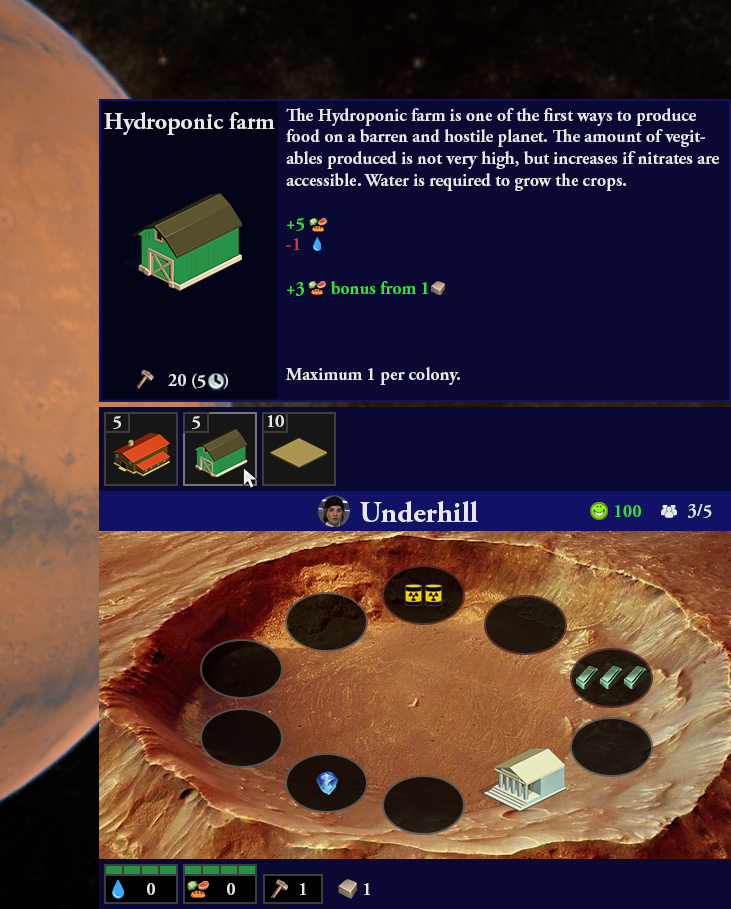 The city-scape: images, icons and buildings are placeholders and will change a lot!

We also worked on the climate simulation. The planet surface is split in regions defined by temperature and annual rainfall. Each of these regions can support a specific biome (a set of lifeforms, both plant and animal, tied to a particular climate). The player can influence temperature and rainfall through terraforming, then introduce various lifeforms that will thrive and spread if the environment allows it. 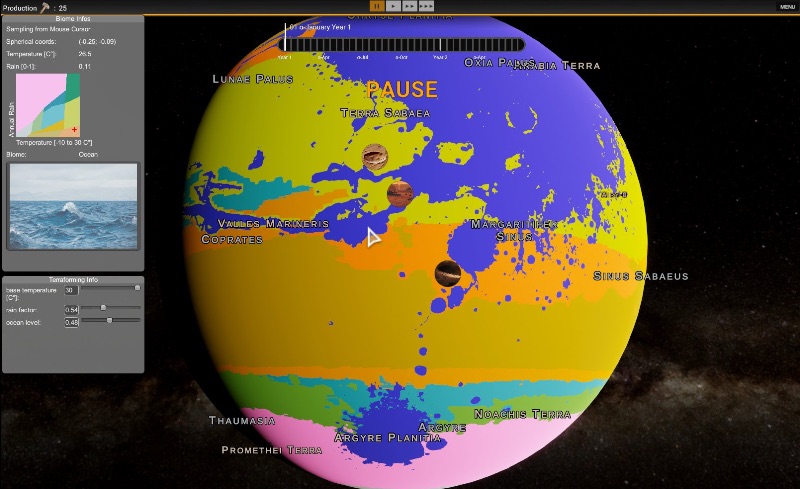 The climate simulation, related to temperature and annual rainfall (visuals will change)

This month we had to say goodbye to Alexandra, who had been crafting great artworks for the game the last few months. No worries, she’s fine... she actually got hired by a big studio, and therefore won't be able to work for us anymore. We wish her the best!

Because of this we are now actively looking for an artist, ideally passionate about space exploration, to join us.

Thanks for reading us, see you next month!