In October things are moving forward on many fronts! Paperwork did continue for a while after the company was signed but now that it’s fully finished we have been going full steam ahead. Or perhaps I should say “full steam behind, on top of a rocket”!

Following the feedback from Gamescom we have started working on a feature we had in mind for a while, and we now think would add a lot to the game and make a lot of sense. We call it the “Cityscape”. It’s still too early to show what it will look like and what exactly will be its final form, but the idea is to manage the colonies on the planet in the style of what is done in the "Heroes of Might and Magic" series. We have completed the design of the feature and are currently implementing and testing a prototype version of it.

Biomes and the spreading of life will be a central part of the game. It is after all part of what makes colonizing Mars so specific. We currently have a realistic temperature simulation on the planet based on atmospheric composition, sun luminosity, altitude and latitude. For a better terraforming simulation the next step is to design where it will rain so that from temperature and precipitation we can get a biome map. For this we have designed and are currently implementing a weather simulation. As for the temperature and planet simulations, we want it to be as realistic as possible in order to have believable placements of biomes and encounter areas such as rain-shadows or monsoon. It will be a multi step iteration to get there but here are some fun pictures of the work in progress. 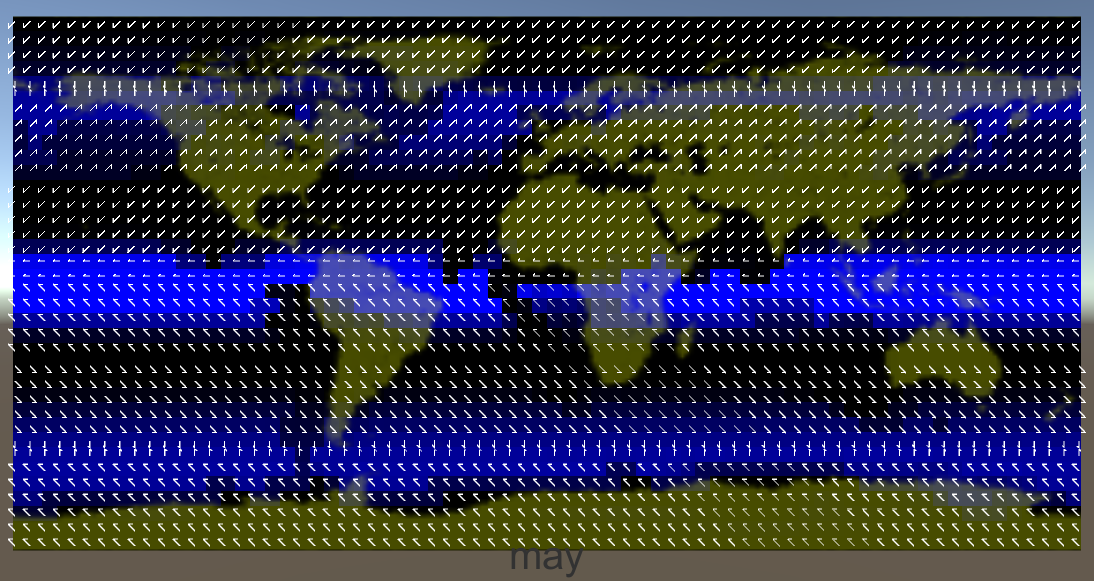 Prototyping the precipitation simulation on an Earth map to check that it works correctly. The arrows indicate the average trade winds and the blue indicates the monthly average precipitation.

We made a few desktop wallpapers, feel free to use them! 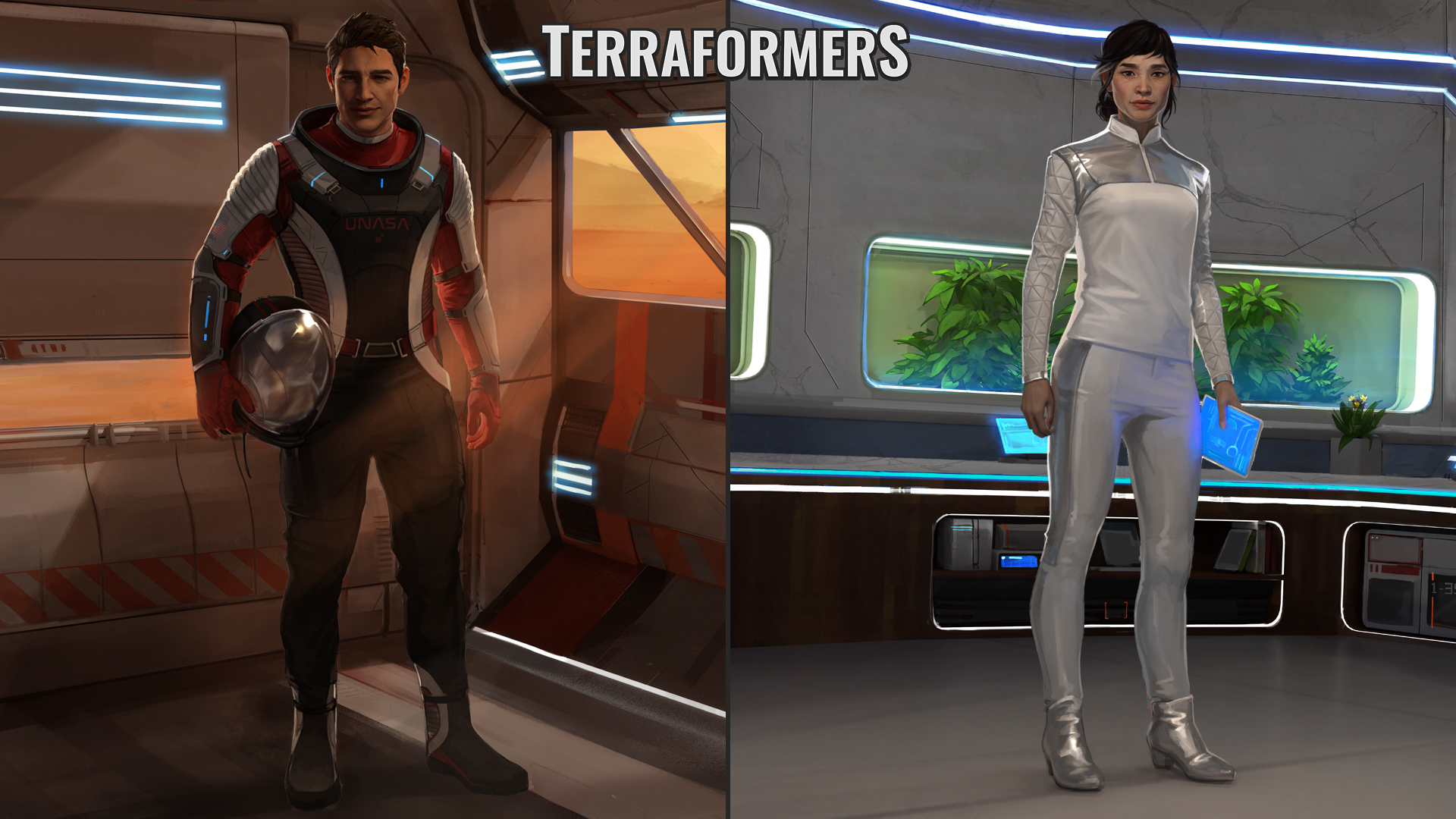 Speaking of the realism of the planet. We have been using super high resolution maps of Mars from Nasa as the basis for the planet model. The height map we use is about 100k pixel and 11gb big, to give an idea of the resolution. To complete the nice visuals though, we needed to be able to place names on the planet, if possible, everything which is currently named. Our early version only allowed for a few dozen names but our data-base has thousands of geolocalized location. With our new system, inspired from the way Google Earth place names are displayed, can now handle all of that with ease. It will display different hierarchy of names, of different importance and of different type, with color, size and other parameters of the labels. It will all be easily tweakable. They can also have tooltips to detail what are these places and include a link to read more about it on Wikipedia. As it is now a piece of cake to name known features on Mars, I went ahead and gave our studio a nice big, previously unnamed, crater :) 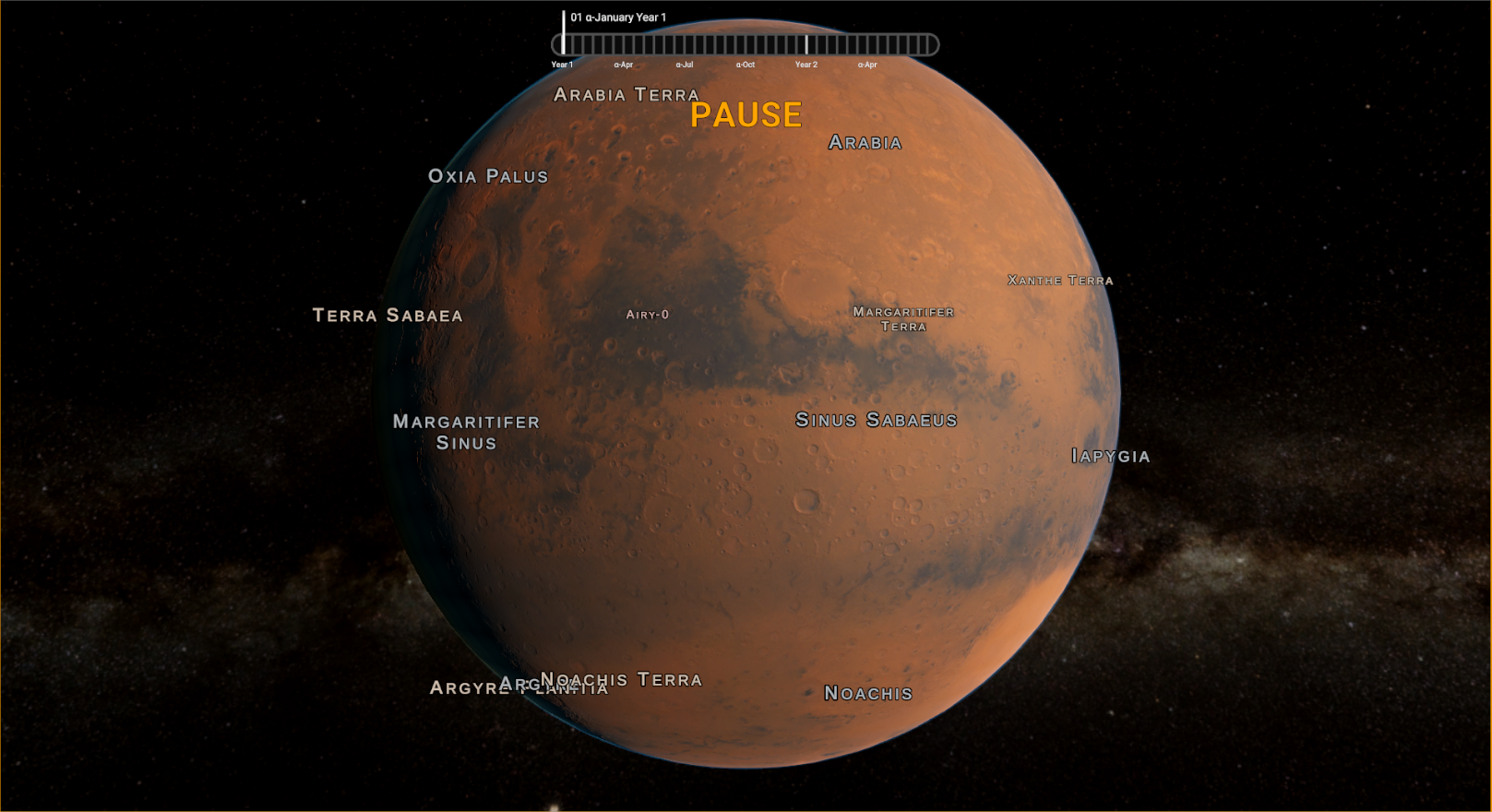 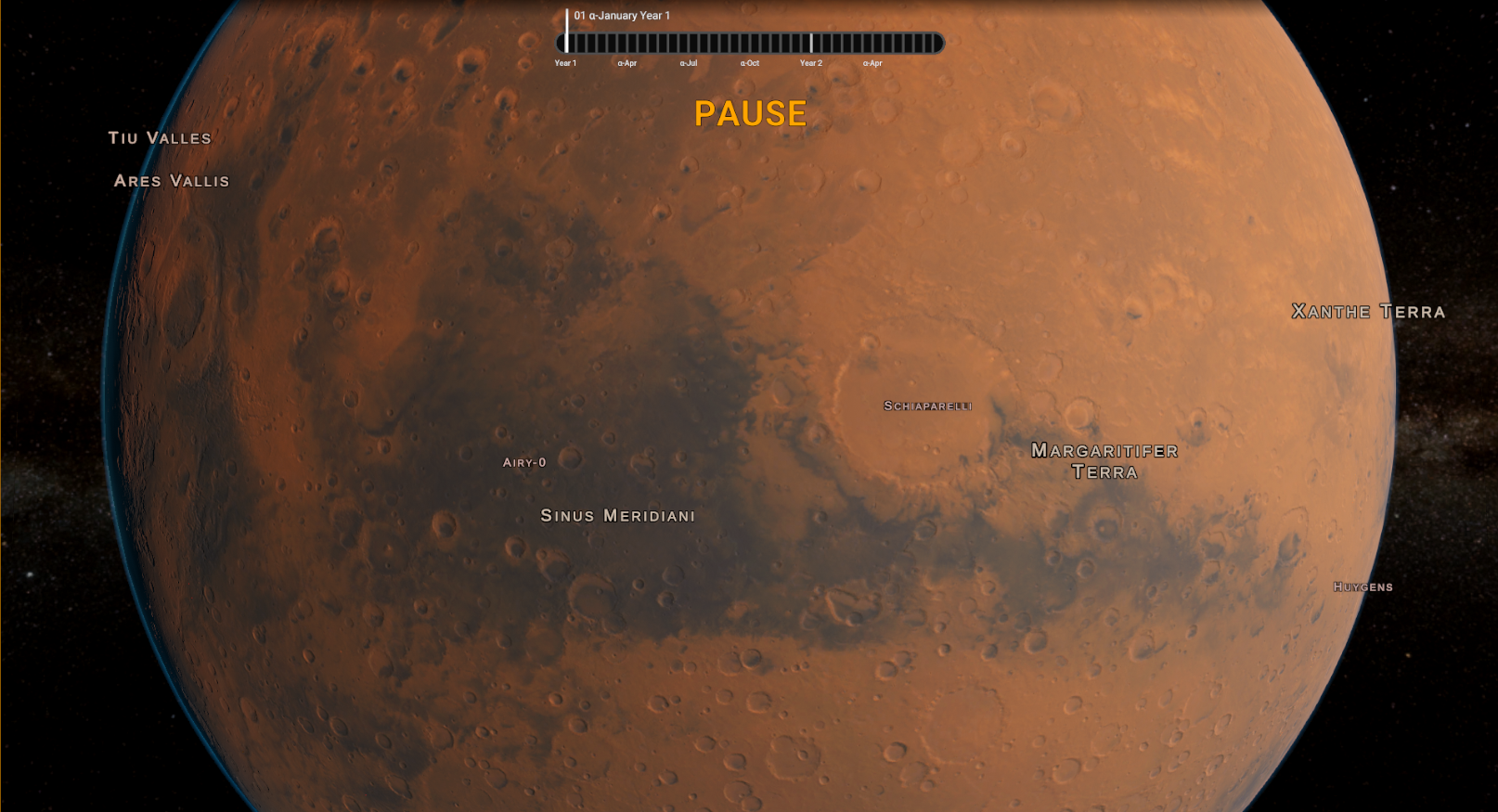 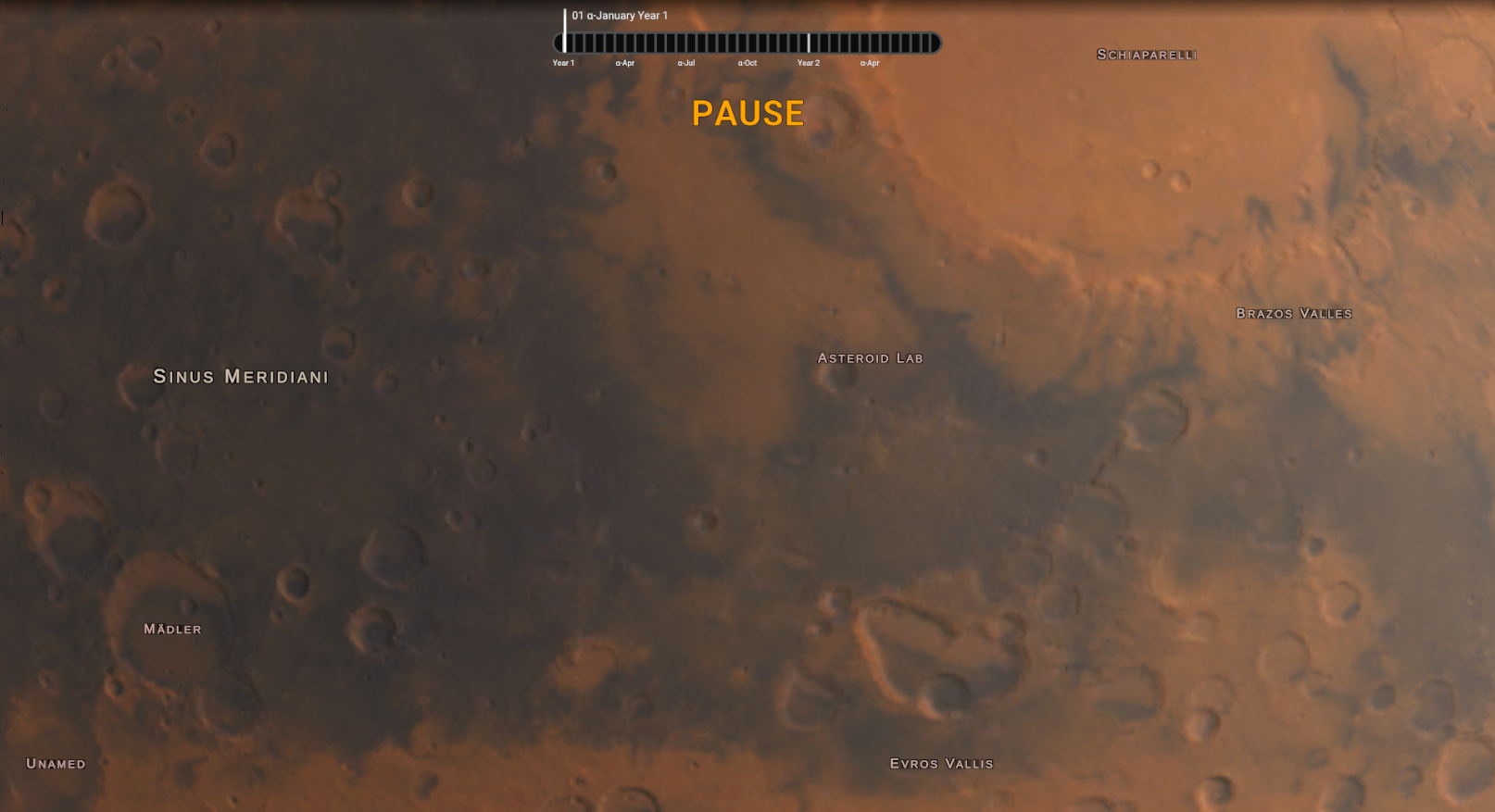 Bern, the birthplace of our studio, is getting active in the video game industry, and we have been invited to participate in a couple of events in November. At Play Bern, an event surrounding games making and featuring workshops and game-jams, we will be presenting our prototype at the “developers corner”. And later in the month at Hero Fest, a new festival intended to celebrate “geek culture'', we will have a proper booth for the full three days. If you are around, don’t hesitate to come say hi! We have a bigger event programmed in January about which we will share more details next month!

In the meantime I hope you had a nice Halloween weekend and stay tuned for more news next month!

Thanks for following the development,