We hope you are all doing well. Thanks to the internet, lockdown does not stop us from making progress on the game.

This month was dedicated to putting some order in our plans for the next milestone. We have been doing some maintenance tasks, cleaning up the code, debugging the current version, gathering feedback from testers… Though not all was maintenance! We also started prototyping some new features and worked a lot on the game design, amongst which, the terraforming gameplay.

The planet will be divided in regions corresponding to actual geographical regions on Mars. These regions will have environment parameters such as temperature, rainfall and elevation as well as one global parameter: oxygen. Based on those parameters, each region will be able to support specific life forms (a pine forest, a grass plain…) and the combination of the parameters and the life form will provide various bonuses to the city in that region.

To change the parameters of the region you will be able to act on global parameters that affect all regions as well as on the region themselves. To raise rainfall you will have to raise the ocean level (beware not to raise it over your cities!). To raise temperature you might have to add some greenhouse gases or build giant mirrors in orbit. And so on. After you have implanted a life form that tolerates the region’s parameters, it will be able to spread by itself to neighboring regions if that region also has corresponding environment parameters. We can’t yet show you the concepts screens as they are a bit rough but it will come soon! 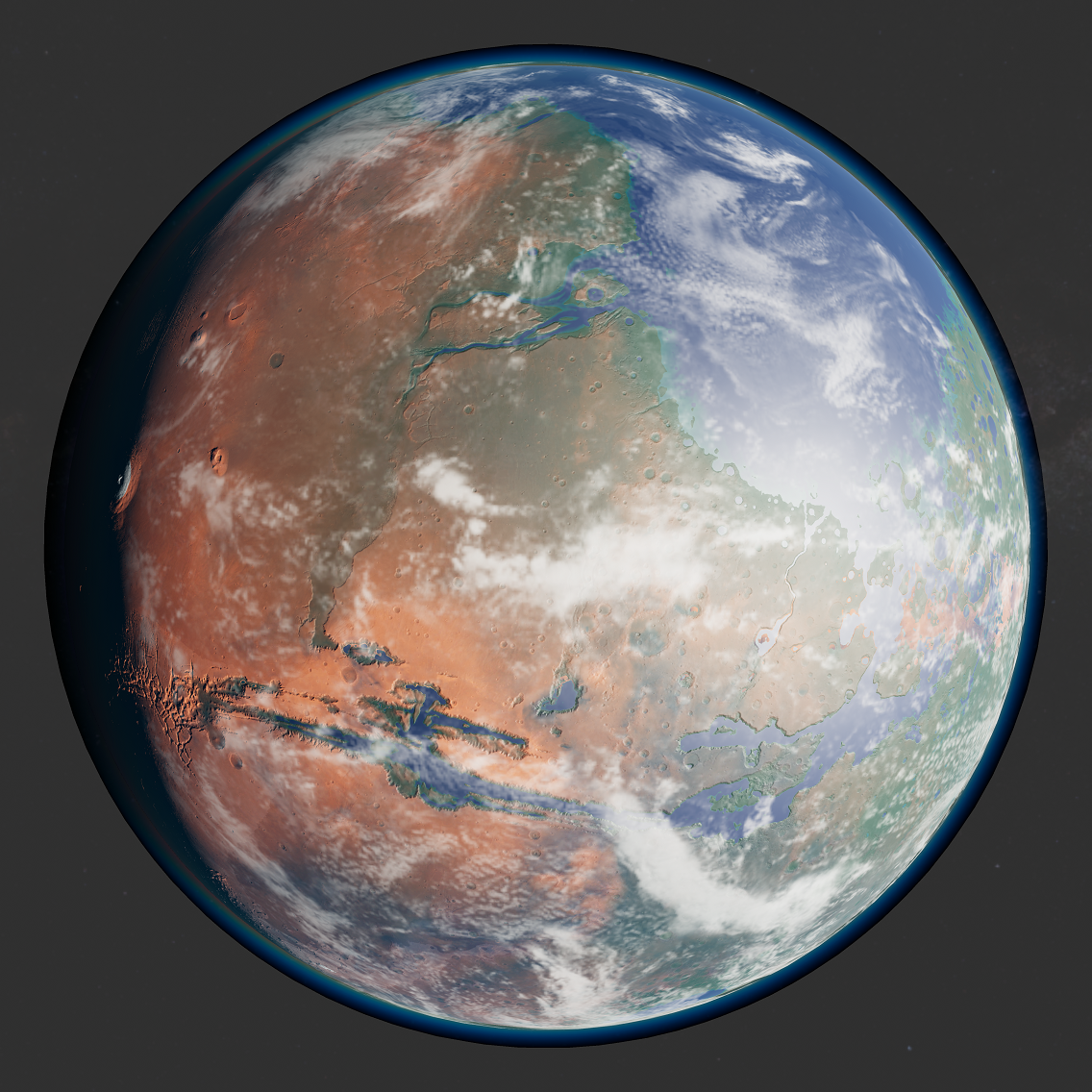 We know from previous experience that when a few hardcore testers get their hands on the game, bug reports will come by the dozens. We took a page from other indie games’ books and made a feedback tool, accessible right from the game. When the player sees something strange or incorrect, or if they want to share their opinion about a particular aspect of the game, they can click the feedback button. A report containing a screenshot and debugging information is then automatically prepared. The player can write a comment, and send the report which will be received and stored in a database, ready to be tracked down by the team.

We expect this tool to simplify the debugging process greatly. Especially since the report also contains the save file of the game of the player that we can load up on our own development version of the game and inspect. 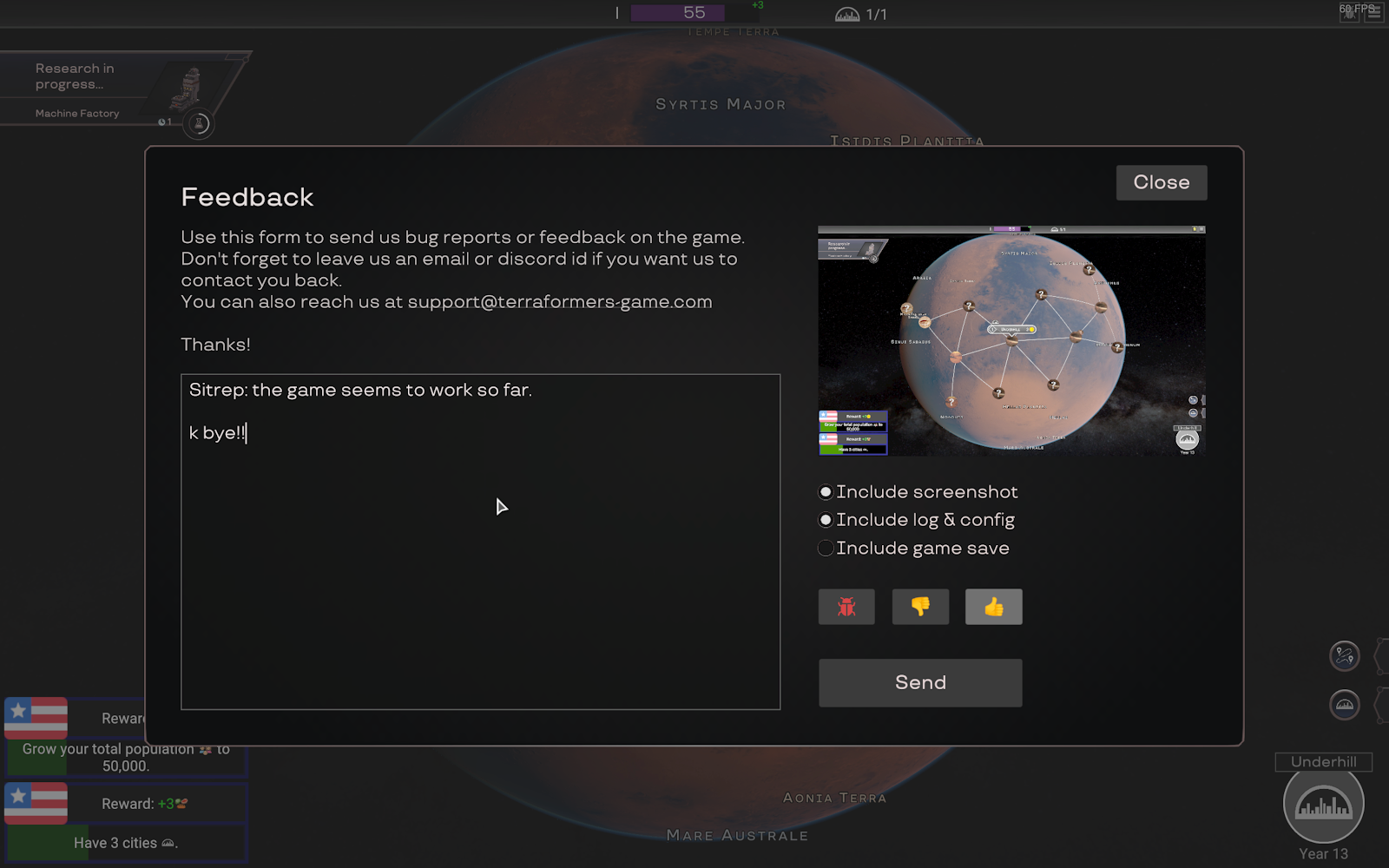 Our game will have a number of 2D artworks, for events, discoveries or the cityscape screen (detailed in the November devlog) and our idea is to animate those 2D images to bring them to life. We started this month with the main menu background, which we showed a bit in the last devlog as a still image. The artwork describes a family looking at a rocket being unloaded from a spaceport terminal. With sound effects it really brings it to life and we are eager to bring other artworks to life in the same way.

Let us know what you think of it!

Until next month, stay healthy!