We hope you are all doing well. Thanks to the internet, lockdown does not stop us from making progress on the game.

As you might know, last Saturday was the livestream of SpaceX’s first human launch. Everything went smoothly and it was pretty exciting to follow the astronauts on their journey. It’s also pretty exciting to see new technologies and progress being made, and hopefully it will eventually lead us to be a multi-planetary species, starting with Mars!

This past month we have made good progress on our “becoming a multi-planetary species simulator”.

As we have a regional system for the terraforming gameplay, we worked on integrating it with the city management screen. We are pretty happy with the direction it is taking. Regions are now an integral part of cities and cities will be able to extend their influence to reach multiple regions.

Regions have an infrastructure cost, which represents how difficult they are to traverse and settle. It is of course harder to cross a canyon and bring resources to different areas of the canyon than to do the same on a flat plains. To expand its reach to a region, a city first needs to develop infrastructure in that region.

When a city has provided enough infrastructures for the region, it can then construct buildings in that region and will gain access to the local resource. Resources are the main reason a city would want to expand to multiple regions.

We also took the opportunity to improve the city management gameplay. We felt our current prototype did not connect enough with the population in the city itself. We also had the issue that restructuring your production could give the feeling that you are wasting resources.

In the improved design, population is required as a worker for new buildings, but the unemployed populations still contribute to your cities development passively. New buildings can now be built over previous buildings for a discounted price. This way they are more an upgrade than a replacement. 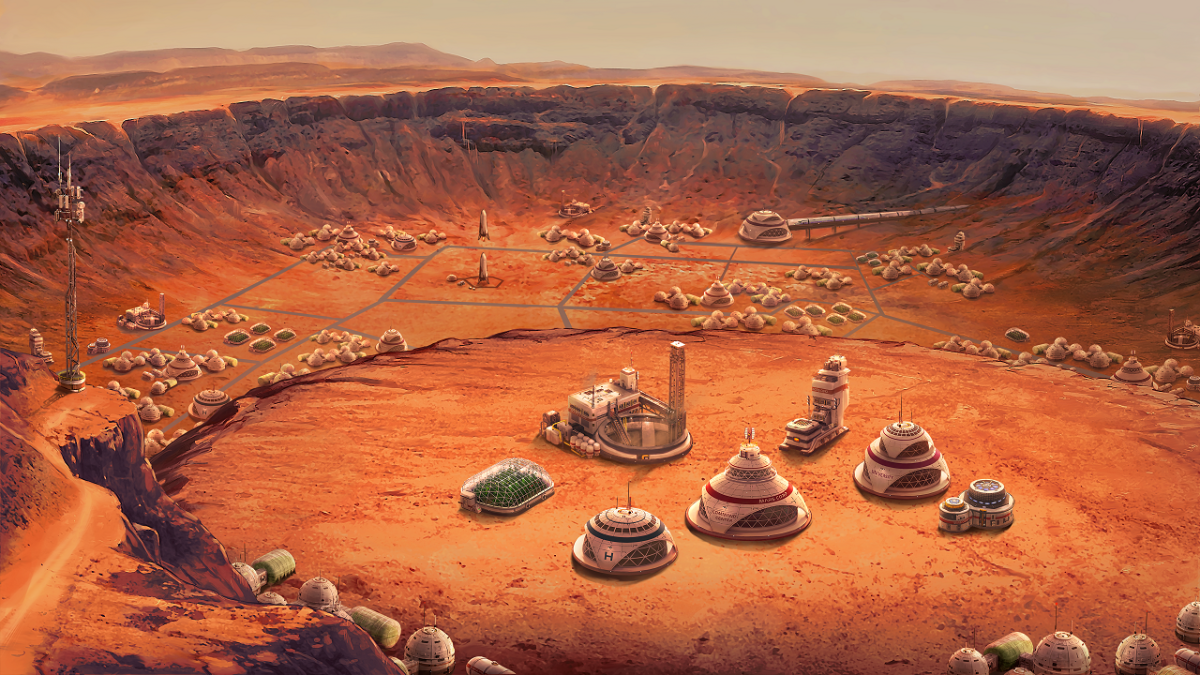 Leader characters are now directly linked to the government stability level. The stronger your government gets, the more leaders you can hire to help you in your mission.

Besides these improvements, we are making progress in other areas of the game. We started working with a narrative designer to develop the “world building” and background lore of the game. We are also making good progress on our User Interface as well as integrating new artworks to the game.

Until the next update, we hope you are all doing well and enjoying the warm weather in a good distance :)