It has already been another month! In July we worked on getting the prototype ready for Gamescom, the game design on different biomes and simulation aspects, and the less exciting but necessary company creation paperwork. We are also excited to show you the artwork of the first colonist with which you be terraforming the Red Planet with!

As we find it important that the colonists which you’ll lead are more than just your subjects or workforce, we started working on creating interesting and relatable characters with their own motivations and backstories. The first one is “Thomas Foster”: a 39 year old steadfast leader of the colonization mission. As an engineer, he is inspired to go to Mars for solving the complex technical challenges the mission will face. Besides his mechanical skills, the main reason for his selection are for his social and leadership skills that will prove to be important on such a long journey with such a small group of people. 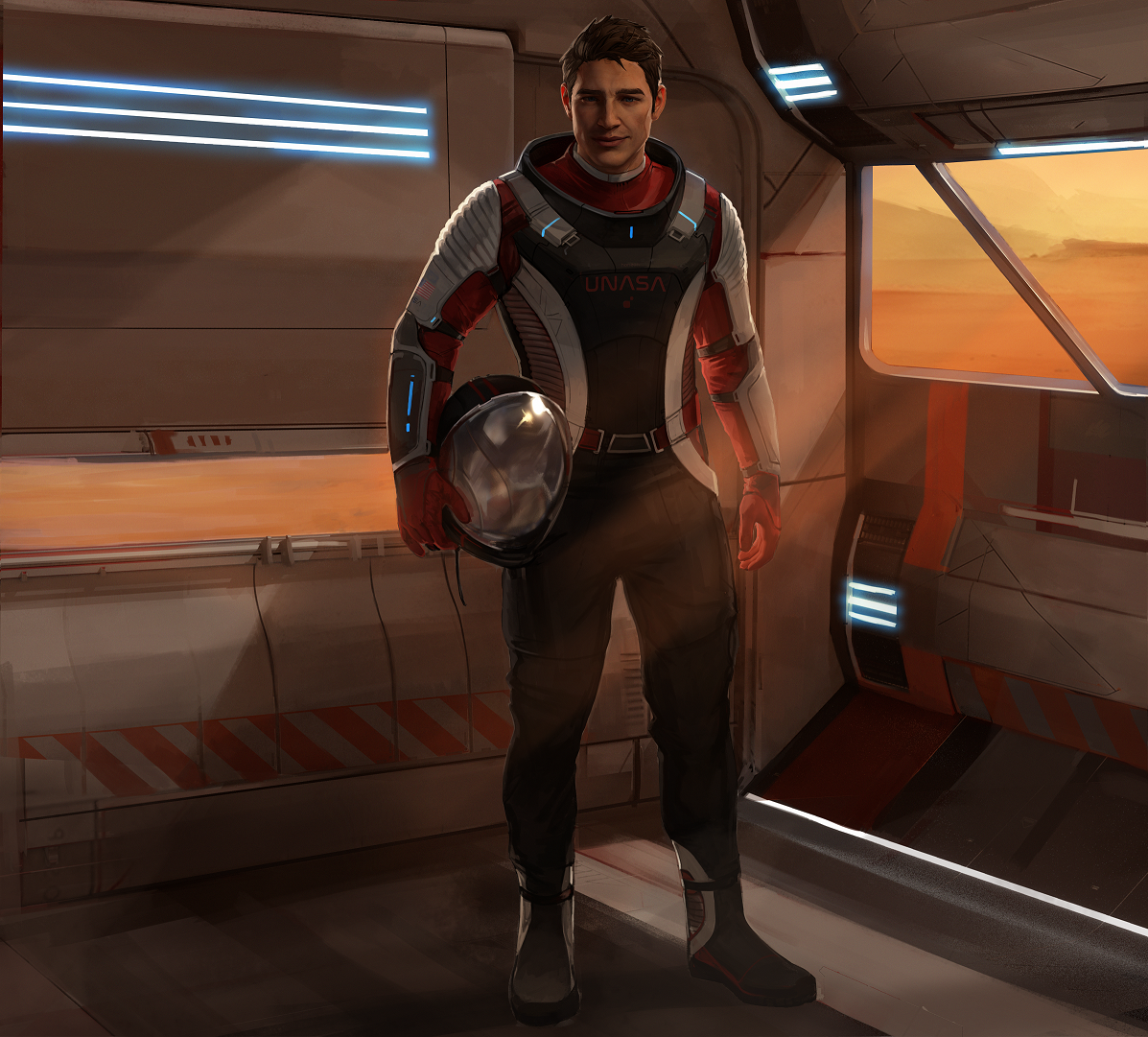 In the prototype, Thomas Foster will also take the role of introducing the gameplay mechanics to the player.

As we were selected to attend the Gamescom in Cologne this year, we had to make fast progress to get a prototype running that players, publishers and press can try out. We chose to focus on creating a first “gameplay loop” with minimal content, but which gives an idea of how the founding of new colonies and the construction of buildings will play out. The second step is to link this to a sped-up version of our existing terraforming simulation. We still have a few weeks to wrap it up (which we are definitely going to need!), but we are confident that we will be able to show something interesting and exciting. 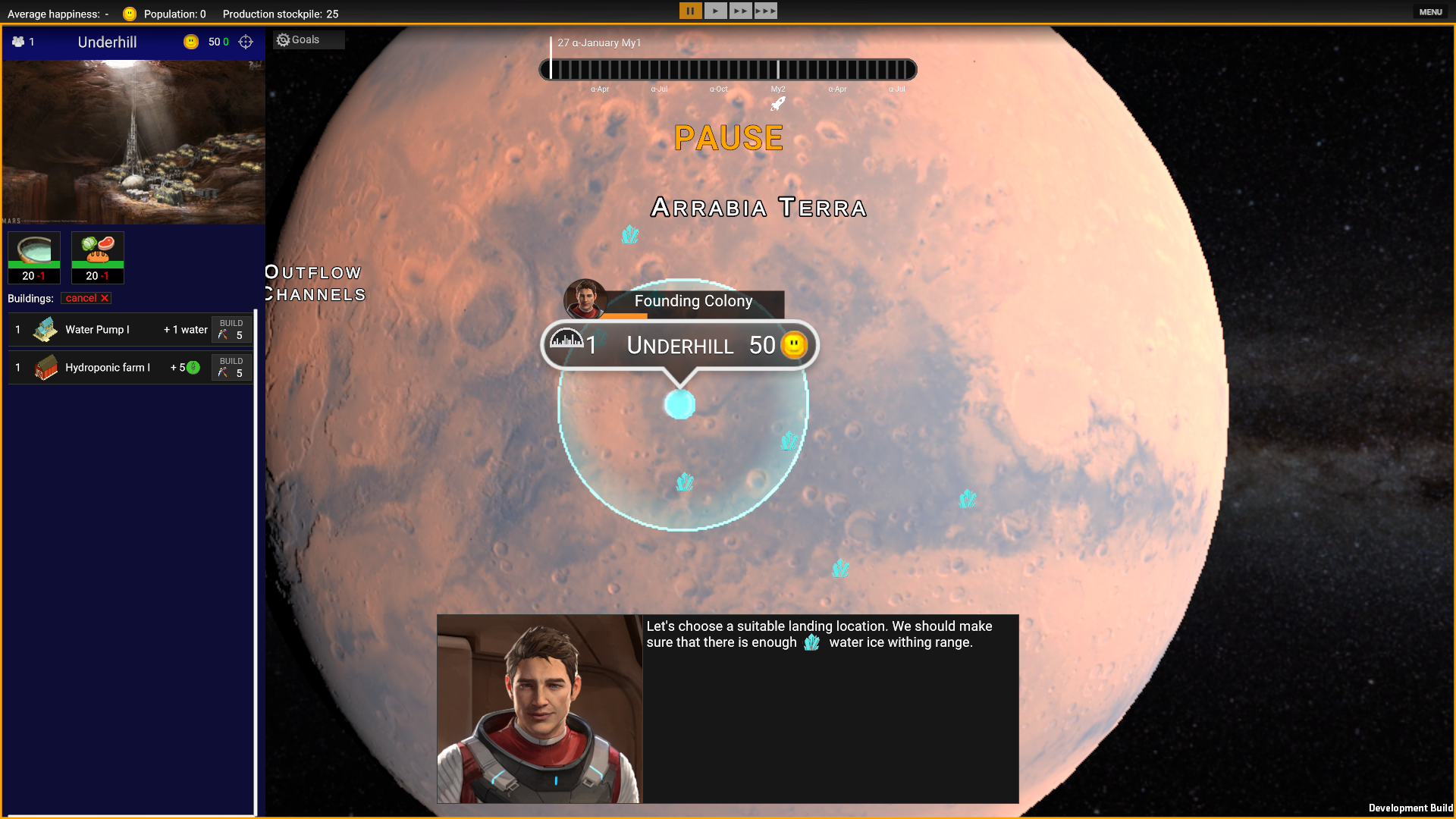 Current UI of founding a new colony. Everything shown in this screenshot can (and probably will) change.

If you are going to Gamescom (business area), be sure to visit us at hall 4.1, SWISSGAMES area to try out the prototype and get Swiss chocolate!

This month we also spent considerable time setting up the company, and we are almost finished! We will sign the official papers in Bern on August the 14th around 17.00, after which we will celebrate with a drink at our Coworking space “Effinger”. If you are in or near Bern and are up for a beer, let us know and you are most welcome to celebrate with us.

That was all for this month! We also discussed a lot of game design regarding biomes and the way the player will be able to spread life, but we will keep this for another devlog :).