April was a busy month as a lot of things are slowly coming together and many events are planned.

On the development side we have continued to implement our features from the paper prototype.

In the paper prototype you can view maps different types of resources on the planet (water ice in the ground, iron, diamonds …) which enables you to make informed decisions on where to place your colonies. We implemented for testing purpose a quick procedural generation algorithm which lets us display one resource at a time.

Quickly we realised it was pretty annoying to have to switch between resources so we have been refactoring and testing different methods to display multiple resources at the same time. It’s not yet very pretty but it’s getting there. 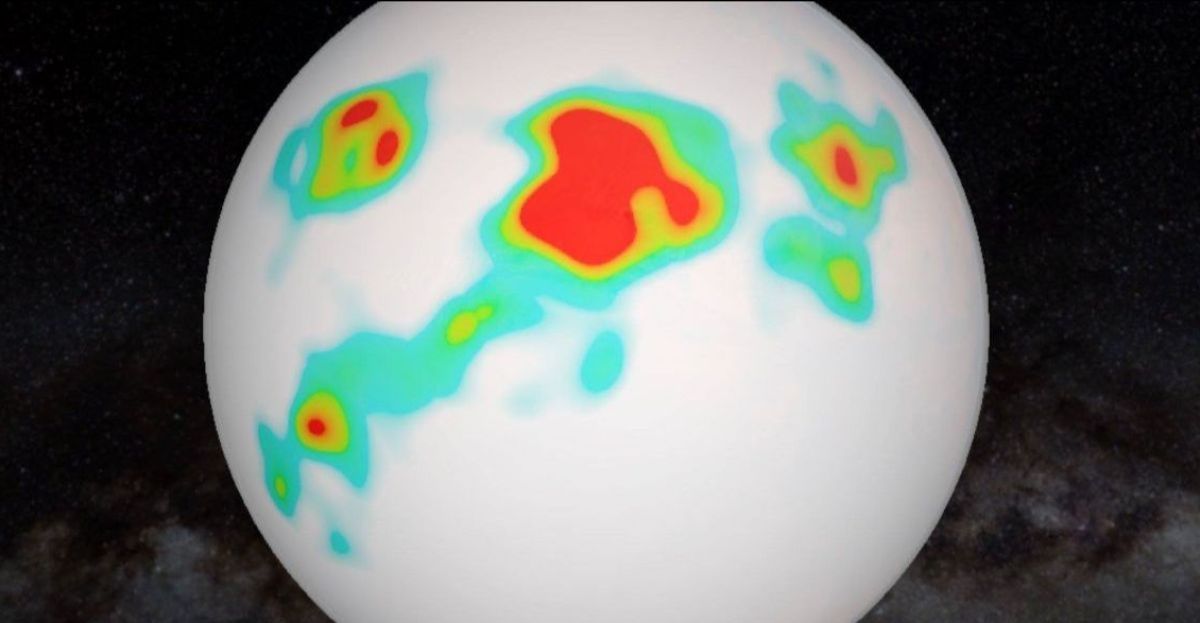 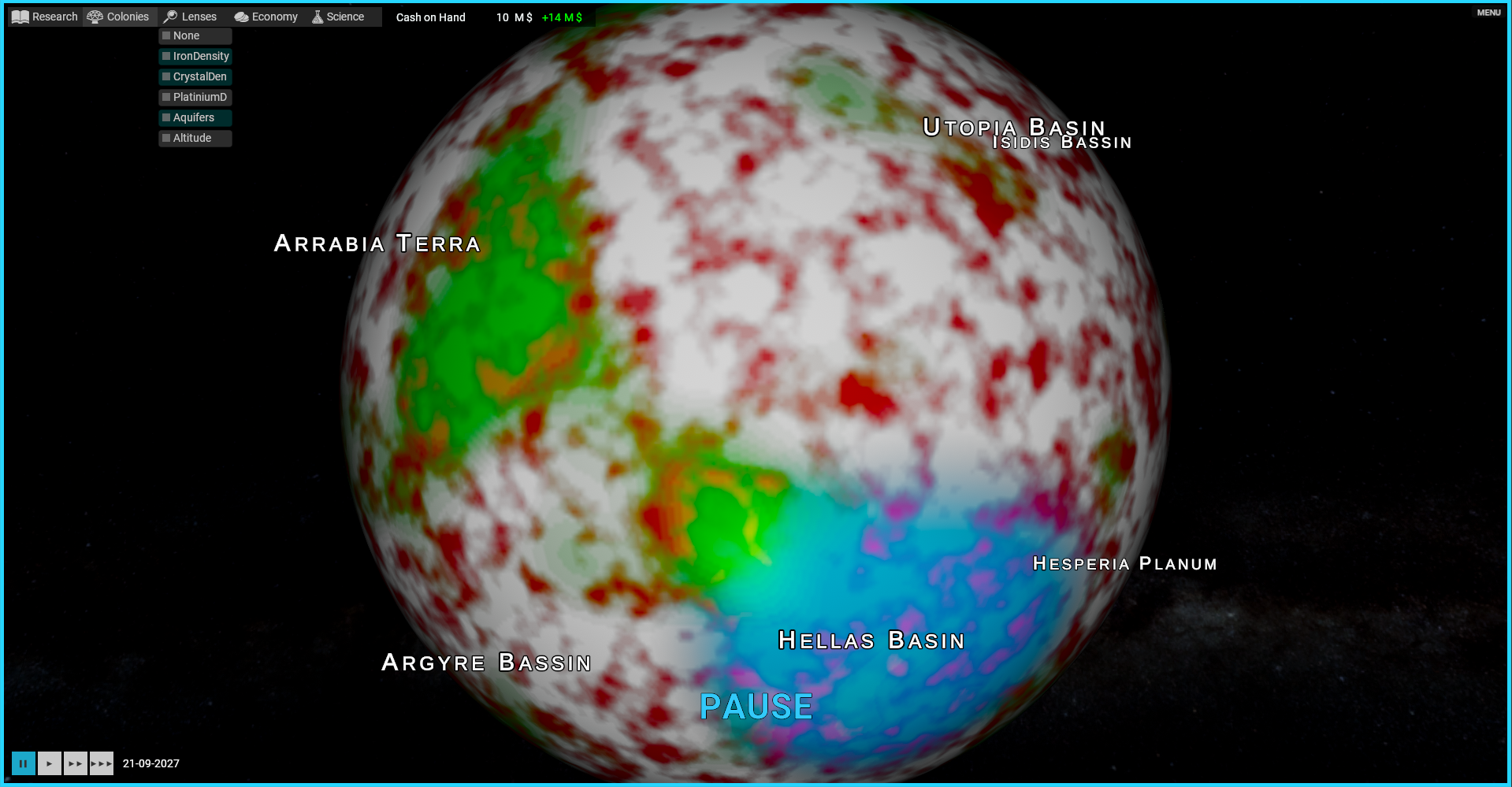 On another side we have done a first pass on the UI as at first we were just dropping buttons and text-boxes as we needed to test the features we were implementing. But we are going to show-off the prototype soon and we needed it to look a bit more like a game. After some UX design, a bit of cleanup and with some added icons this is where we got. Though please keep in mind this is very early concept work and nowhere near what we want and will have at the end. 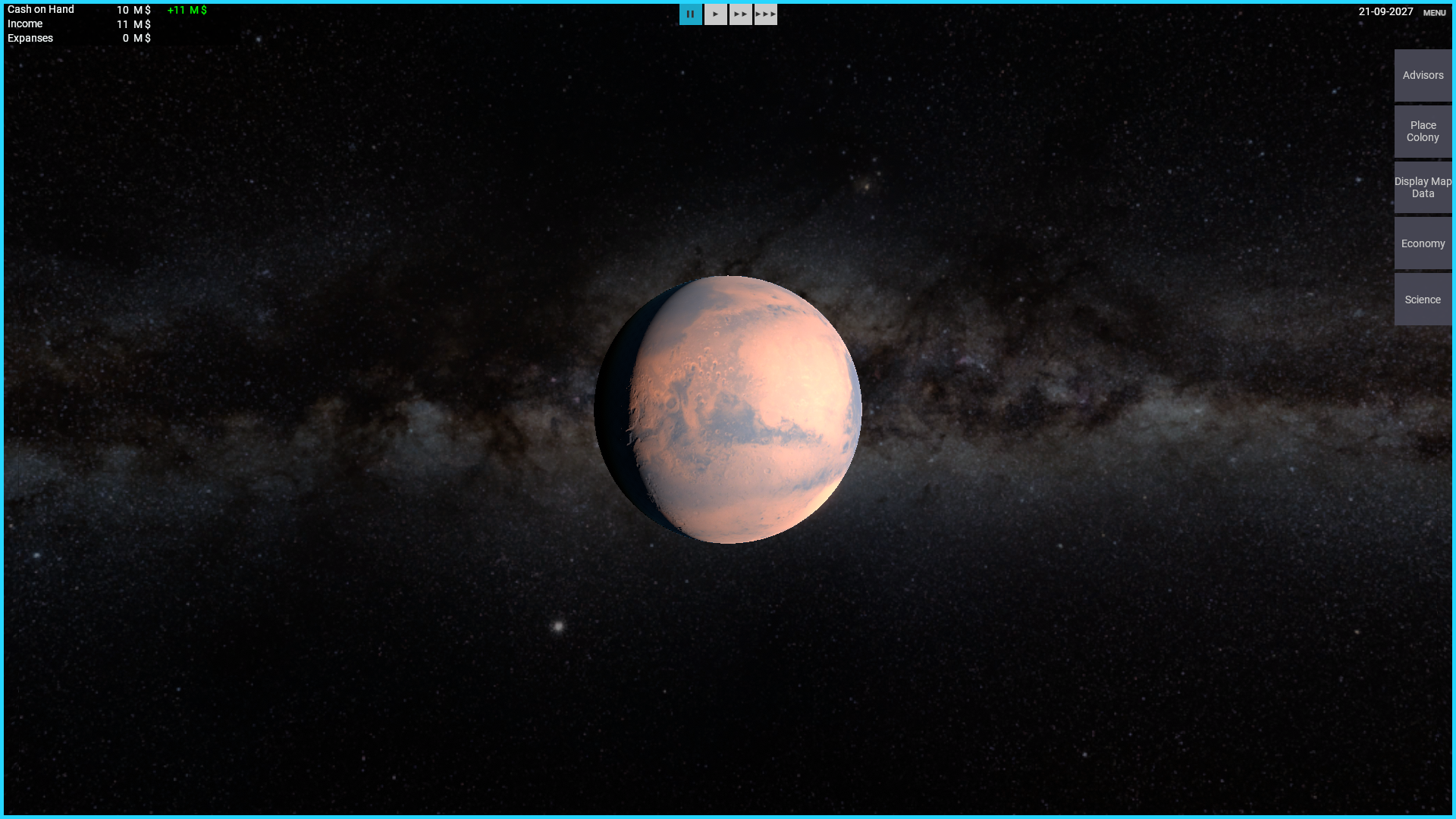 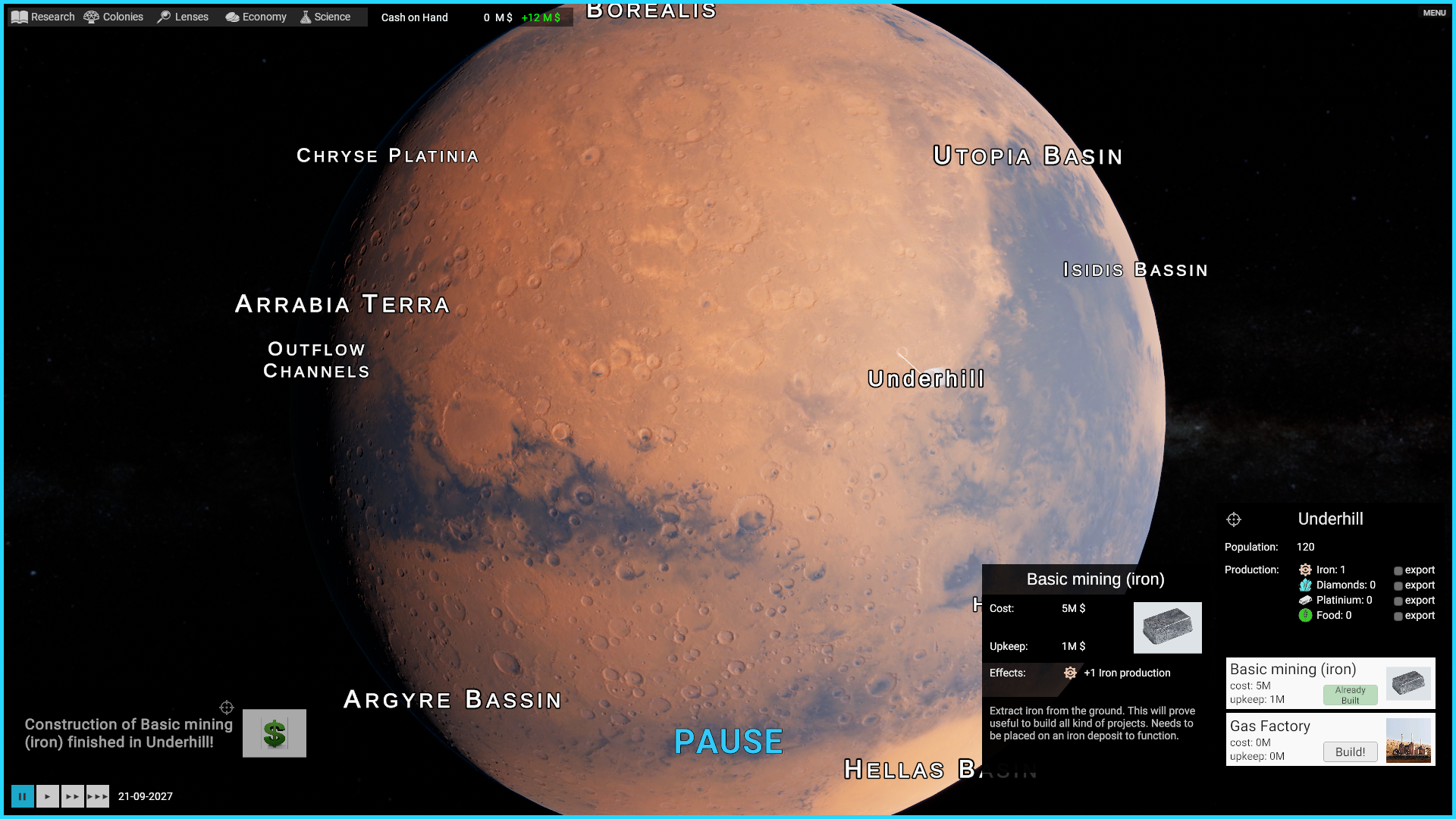 In parallel to developing the prototype we have also started working with an artist, Swan Keller. Our initial goal is to explore the art style we have in mind and what atmosphere we want to transcribe. We want the game to establish a direct connexion to the player and have a humane aspect to it. We also want it to have a hopeful and optimistic tone for the coming future. And finally we want the style to be clean and simple, with colors with a clear palet and warm color, a bit like in cell-shading techniques. Thus we decided to get three pieces that show a family moving to Mars. 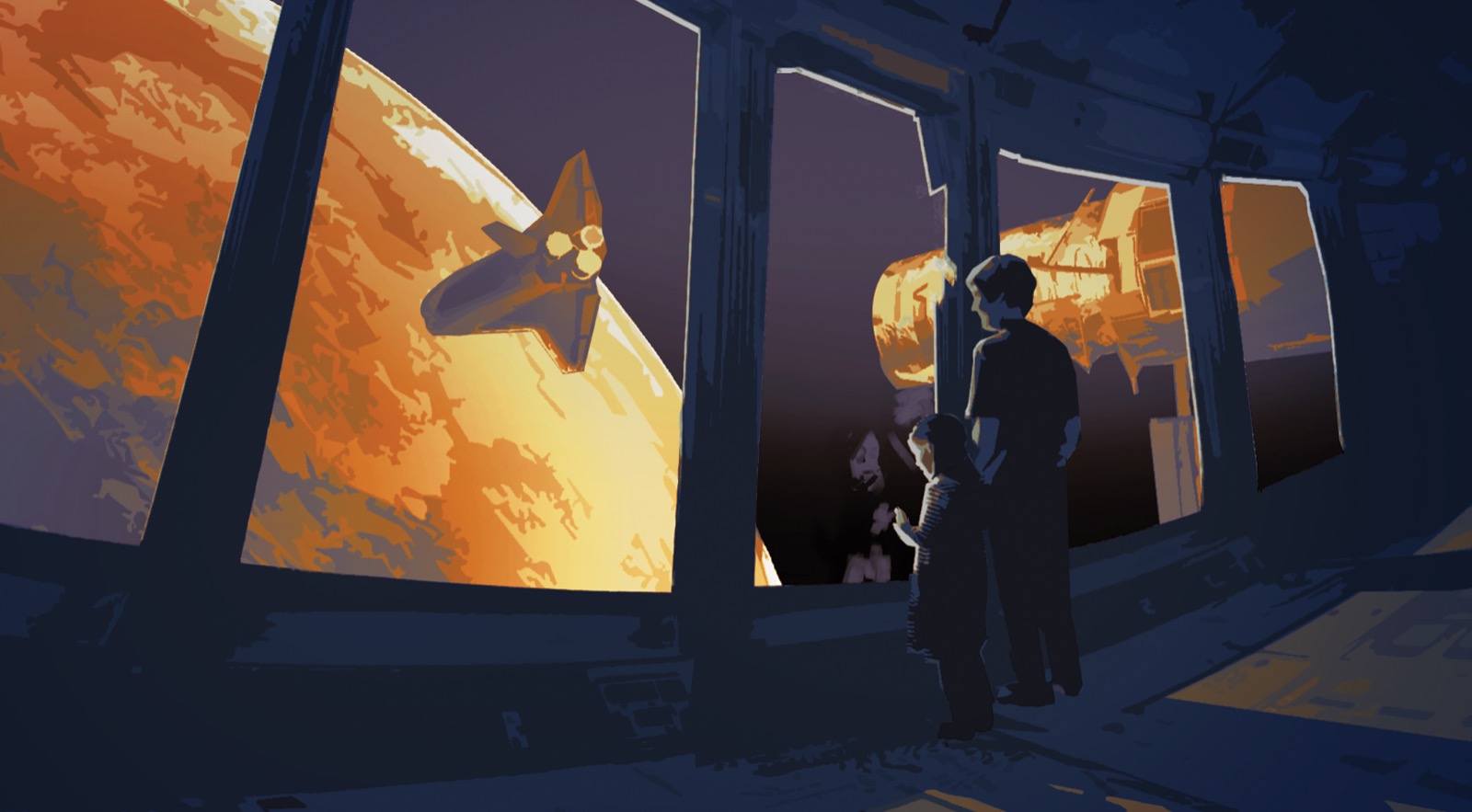 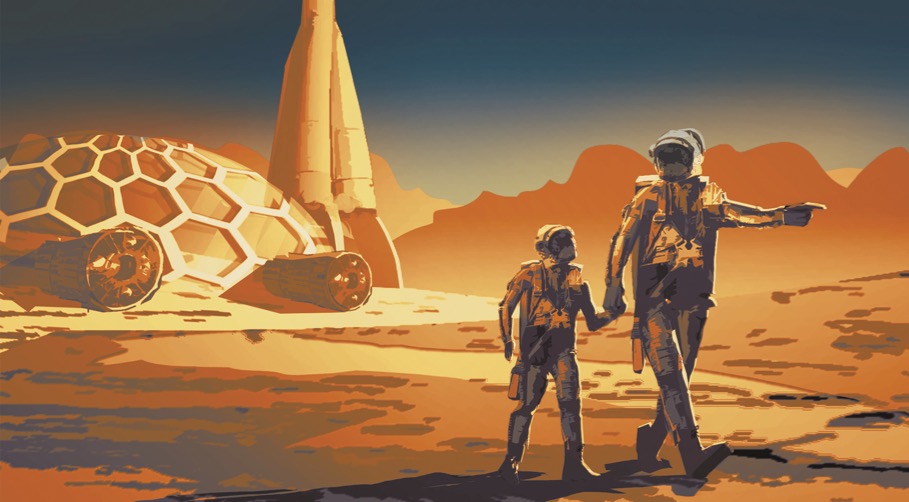 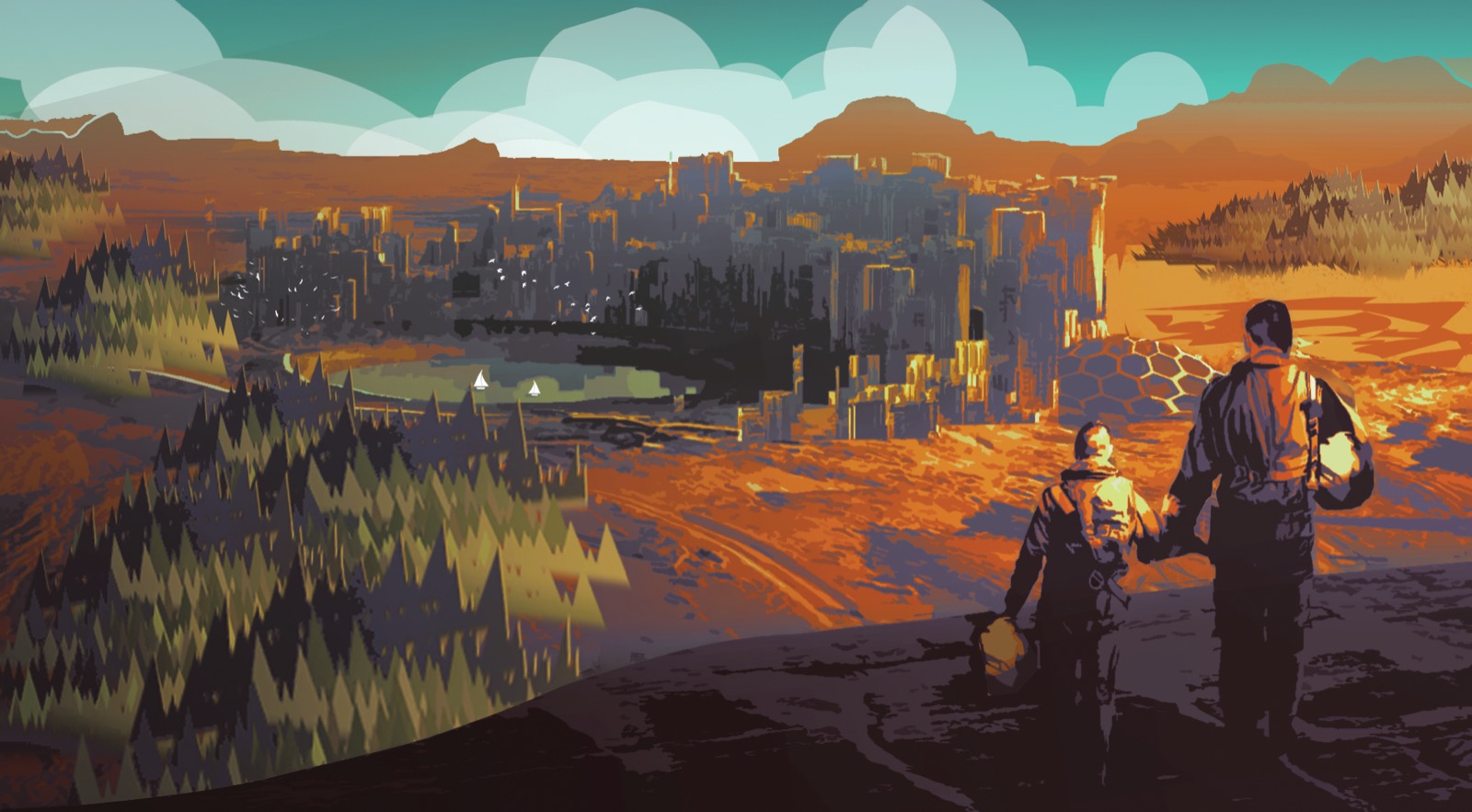 April was also pretty busy regarding events. We had two small scale events where we were on display. Yuri's Night in Luzern, a space oriented event celebrating the first flight of Yuri Gagarin, which was this year focused on our current plans with Mars. And polyLAN in Lausanne, a giant lan party with 1300 gamers which offered local developers to showcase their game in the hall. It was a very good opportunity for us to train in talking about the game and realise how to improve for the two much bigger events coming in may. We thus now have t-shirts, flyers and a rollup-banner to be far more visible. Starting with Fantasy Basel (in Basel) this weekend 3-5 of may and then Nordic Game Conference in Malmö 22-24 of may. 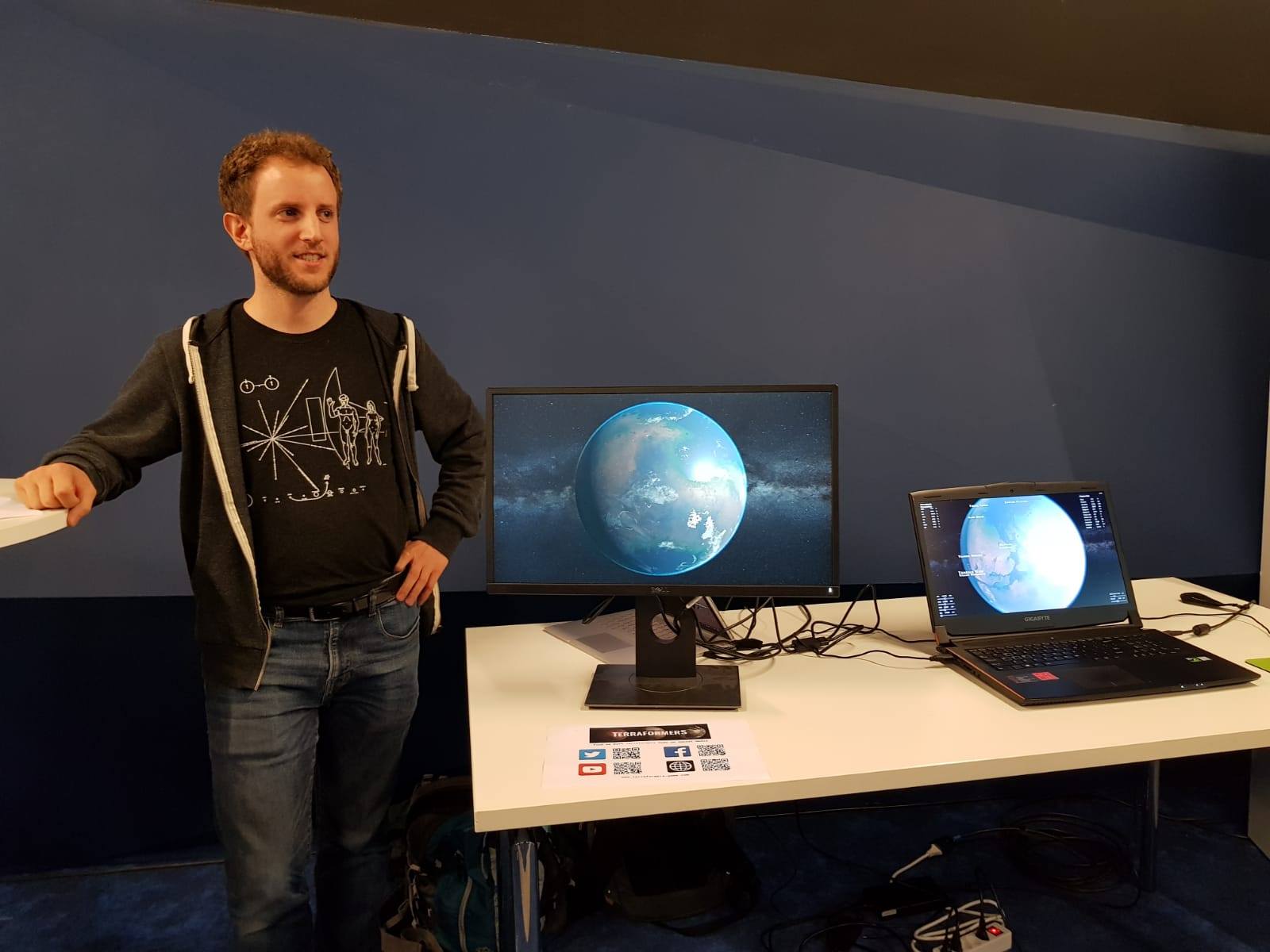 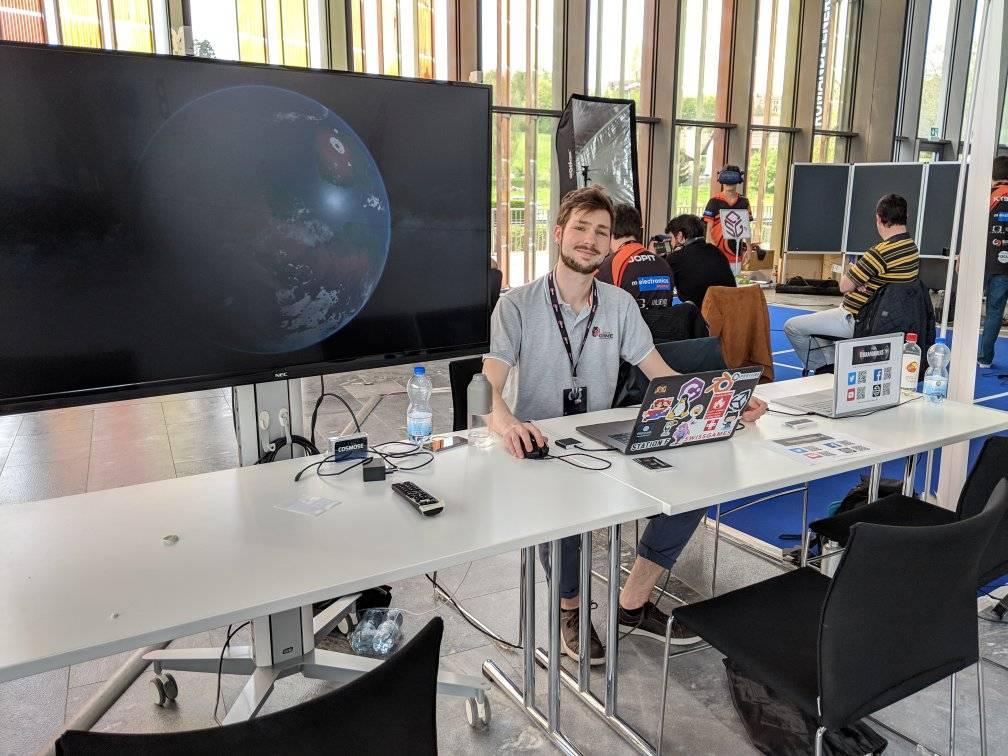 Finally we are still in the process of setting up the company. This is a much bigger process than we initially thought, but we are making good progress and it will hopefully be all done in june. One reason we need to have the company setup is to be able to apply for startup grants which would enable us to widen the scope of the game and accelerate production by getting some artists on the team.

So what’s our plan for next month?

Next month will be all about fleshing out the features and polishing the UI to get a better player experience. Our goal is to be able to have others than us, the developers, be able to test the game and give us their feedback. Jasper is off trekking in the mountains so Alexis and Seb will focus on this aspect. We will of course be present and involved at the events and we will also continue the company paperwork stuff.

Thanks for following us on our progress, and perhaps see you at the events!