Fist off, thank you for subscribing to our newsletter. We'll be sending out those once per month, as a summary of what has been done on the game development. They will be written by different members of our team: Alexis, Jasper and Sébastien (writing this one).

The last few months have been exciting and full of fast-paced progress for us. We have started working on the "Terraformers" project, a management game where you're in charge of the colonisation of Mars. The idea had been in the mind of Alexis for a while and in aim of kickstarting the project he invited Jasper and me for a workshop week in Bern. We discussed many aspects of the game, including game design, market opportunity and art style. The result of that week is a paper prototype for which the feedback so far has been motivating and so we decided to move forward with the development. 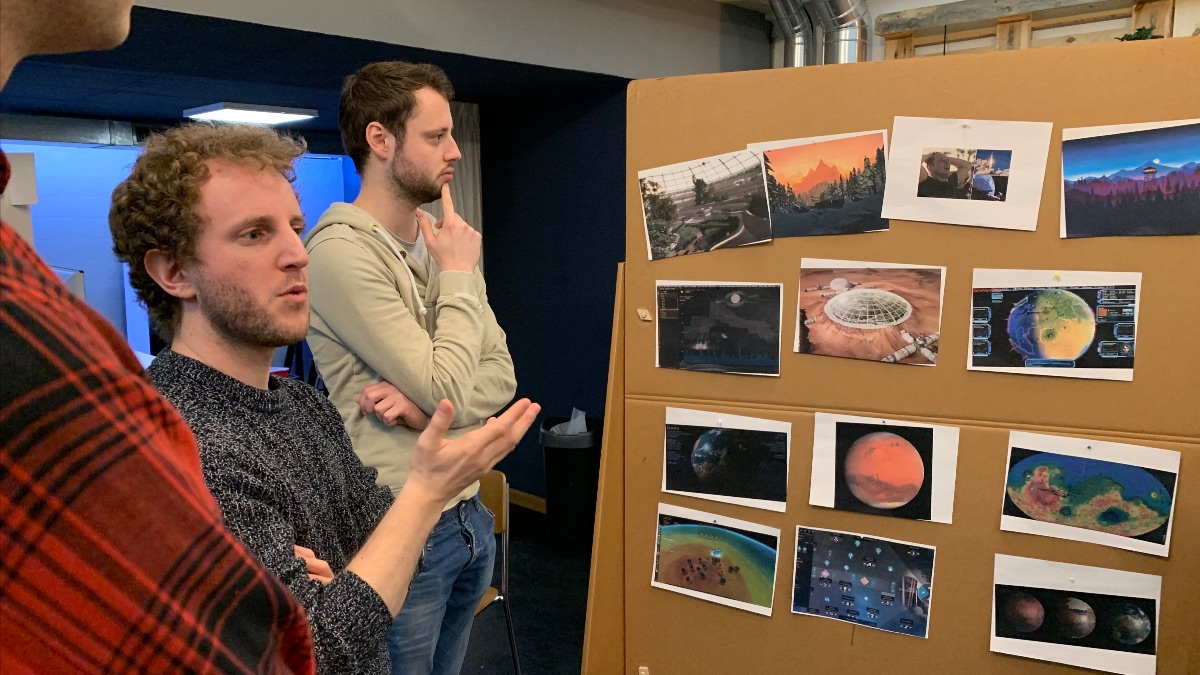 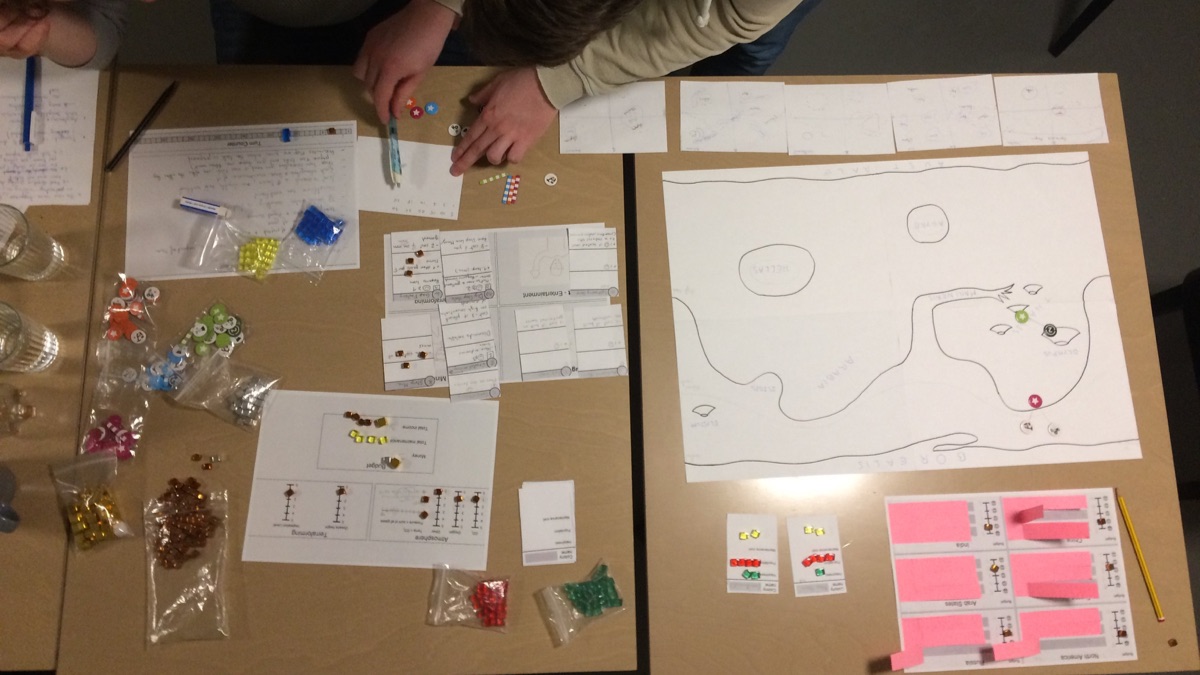 Having a working proof of concept, Alexis and me started working on porting the paper prototype to a digital version. In the same time, we prepared an application for a grant from Pro Helvetia, an organization that supports Swiss artists. We also contacted a few artist friends to discuss early concept art and music.

You can watch here the pitch video we made for the submission.

Last week we looked in depth at setting up a company. We discussed and figured out the game budget and business plan, the legal issues as well as the philosophy and work ethics of the company. 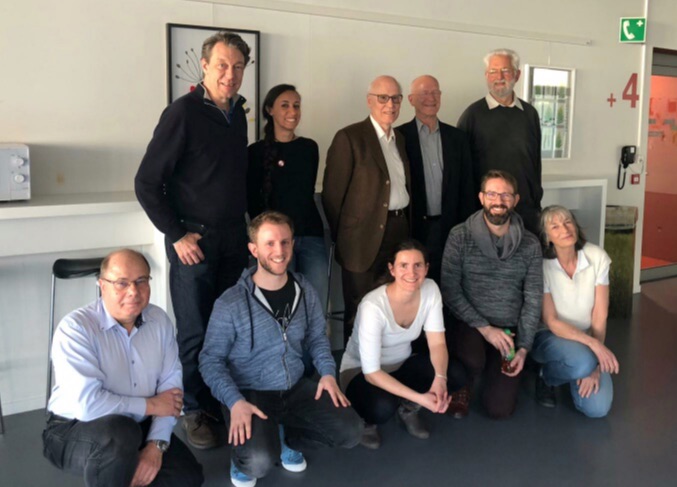 Current state of the game

The prototype currently has two different modes: the science mode and the game mode. We decided to add the science mode in so we can quickly demonstrate the terraforming / simulation aspect of the game without being blocked by the gameplay: it has sliders that allow to change different parameters and see the effects in realtime on the planet. In game mode, the same effect can be achieved via projects. For example you could build factories that burn martian soil and emit CO2 in order to heat the atmosphere. Or pump water out of the aquifers to raise the level of the oceans (and create them, by the way). 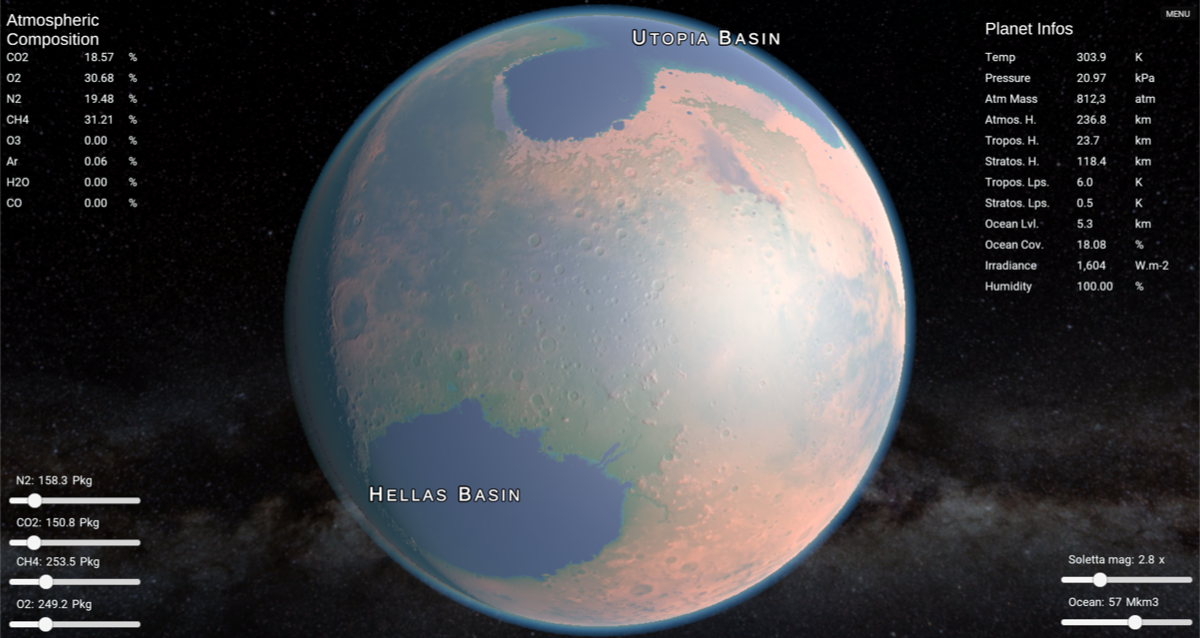 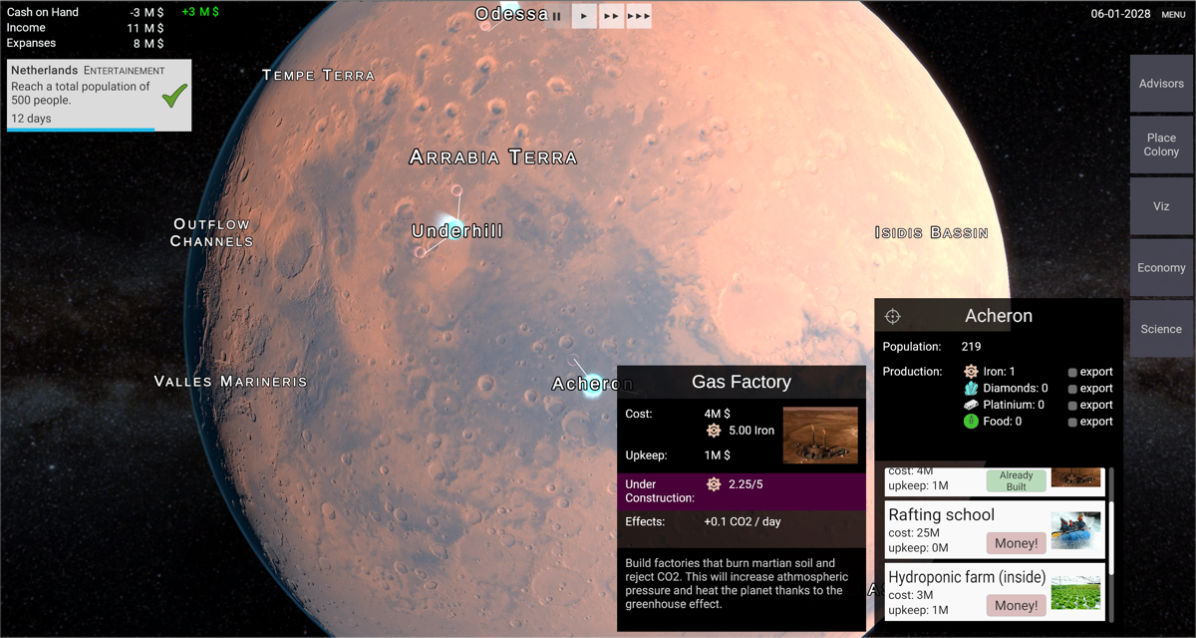 The core loop of the game is in place: the goal is to colonise mars (reach an arbitrary population). You typically sort by building iron mines, which will require workers from earth. Then you'll want to make the planet more welcoming by building infrastructure like farms for fresh food and entertainment. Eventually you'll do terraforming projects which will progressively make the life on mars easier and more enjoyable.

But all of this has a cost. You receive your funding from different countries of the earth. You'll need to satisfy their wishes in order to secure more funding. This is materialised in the game via quests that are semi-randomly given to you by the countries. 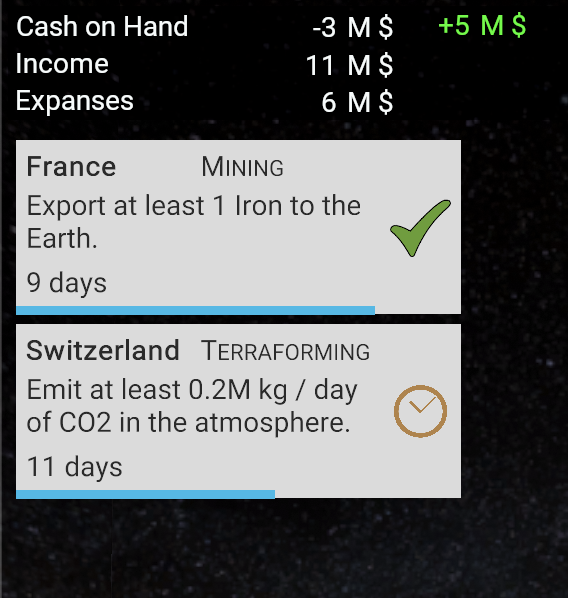 This month Jasper has been joining us, and we'll be working all three full-time, mostly on bringing the prototype at a playable and enjoyable state. This will involve implementing a few missing features and doing some tweaks and balancing with what we already have.

Alexis will work on the science mode, to get it to a good enough state for a showcase at Yuri's Night in Luzern, an event celebrating the first manned space flight. We want to show that we can display the mars surface in very high resolution, and there is still a bit of work to do in this regard.

Event wise, April and May will be two busy months. We'll be showing the game in Switzerland at Yuri's night in Luzern, polyLAN in Lausanne and at Fantasy Basel. We're also lucky to be part of the swiss delegation to the Nordic Game festival, in Sweden. We'll be showing the prototype there as well.

Thank you for reading us, we can't wait to show you more.