We hope you are all doing well. And just in case you need a cool cheer-up fact, there is currently a car singing Major Tom on the other side of the sun, roughly on Mars orbit. As for us on this side of our star, we had another month of progress and events.

The digital version of Gamescom just took place. The Indie Arena had an ambitious and fun concept. You could walk around a digital version of the event to directly visit virtual booths and interact with the developers, other players and test the games. Hopefully you had a stroll in the digital Indie Arena and found your way to our Vallis Marineris mock-up. Sadly the Indie Arena platform was a bit bugged and our demo was not linked properly. It was a lot of work, but overall worth it as many of you joined the discord during the event! 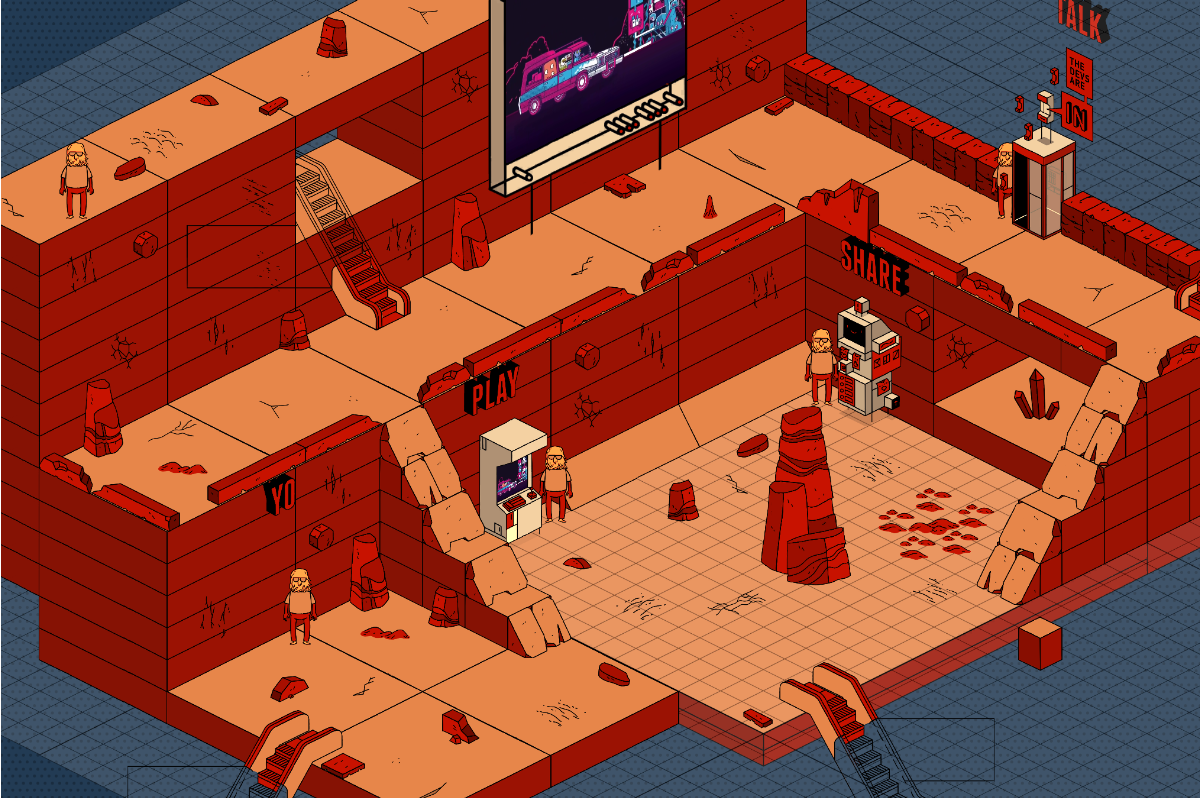 Our Vallis Marineris mock-up in the Indie Arena.

If you have tried the early demo we had at the Indie Arena, you will have seen that the leader gameplay is not yet implemented. The leader can only move one step per turn and as a turn is a year on Mars, we can wonder why it takes so long for them to go anywhere. But fear no more, Jasper has expanded the leader design and Alexis is working to implement it in the next demo. Leaders will now be assigned to one city and explore from there. Exploration is done within the same turn, to give more the feeling of "being in the action".

Also leaders will have experience and skills. Each time they gain a level you can choose a new skill for them. The skills they can have will depend on their profile (explorer, scientist…). The skills are things such as “explore a region, research a technology, enact city policy, spread life in a region…”. Each skill has a number of uses which will refresh on level up. Combined with the fact the actions happen in the same turn, we think this will make both leaders and their actions (e.g. exploration) more interesting, consistent and exciting.

To go with the new exploration mechanic we are adding more special locations to discover with their own artworks. Here is one of them from Tiago, where your explorers have discovered a cave full of giant crystals. Maybe they could be used in some way to help you? 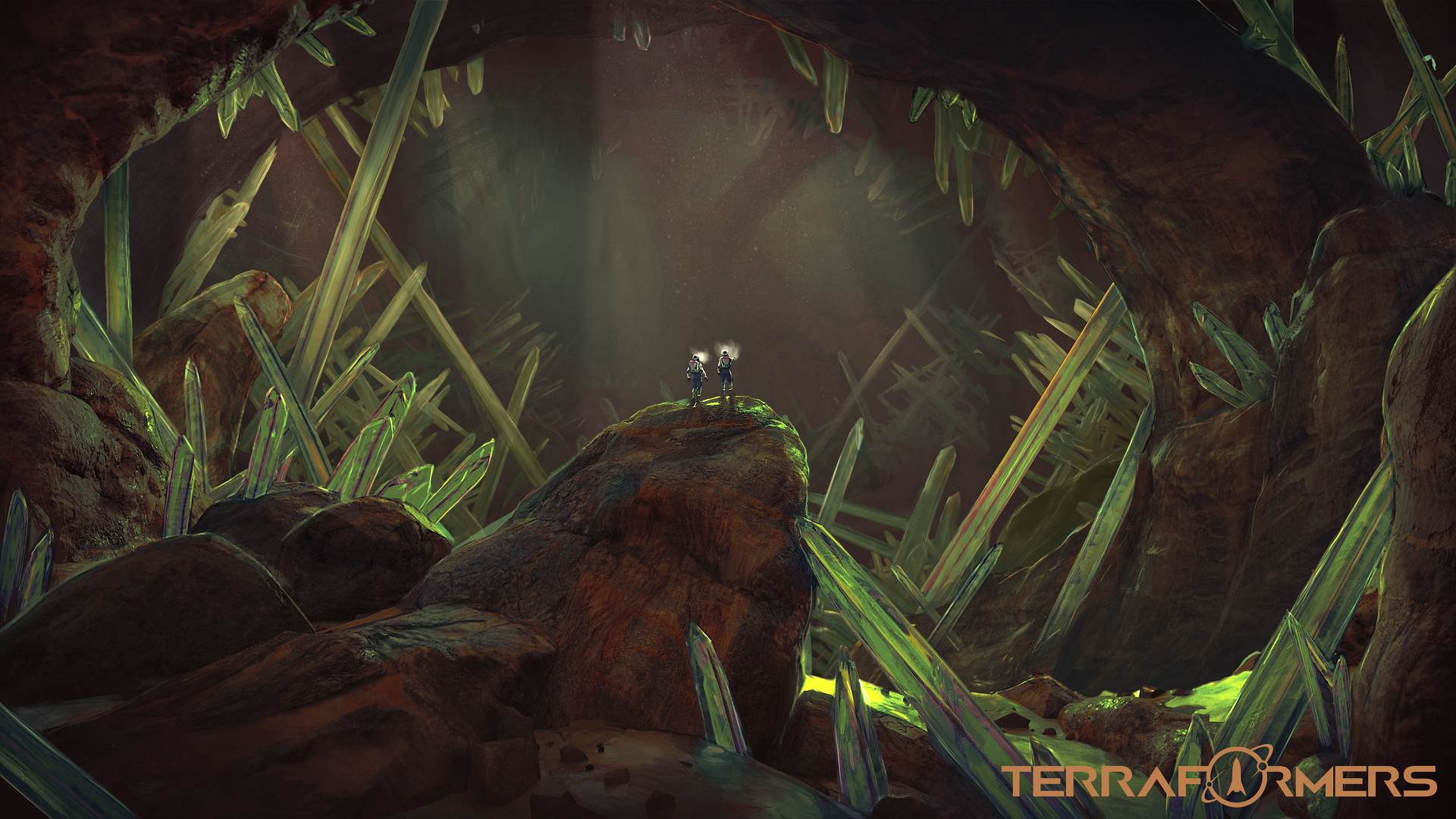 And to go with the new leader design Miguel has worked on a new leader artwork. The background story is inspired by the real story of Malala Yousafzai. Here, she went on to fight for justice and liberty at the United Nations, becoming an influential politician. And when the colonisation of Mars started, she was one of the first to help establish a fair society. 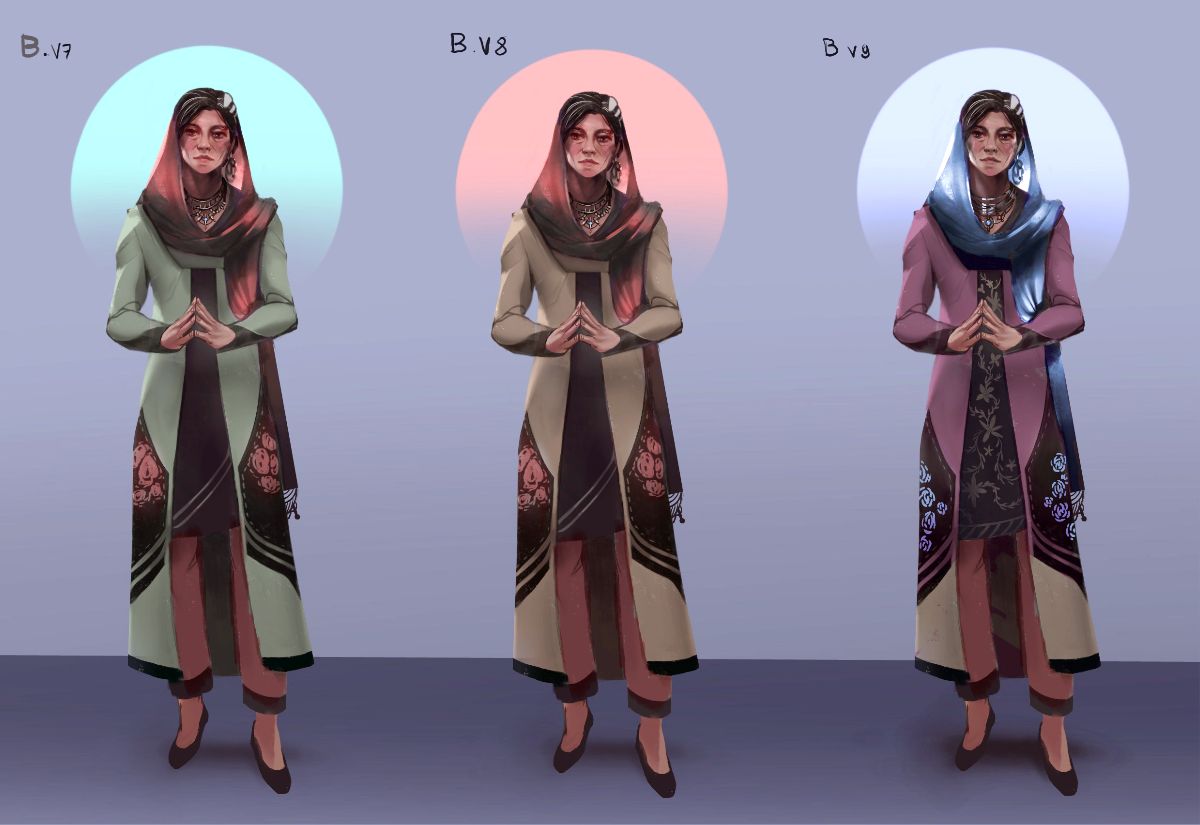 Thew new leader character. The art is still in progress.

On the development side we are making good progress towards the next demo. This demo will integrate the new leader gameplay described above, the terraforming gameplay, a new version of the city building mechanic and much more.

This month we made a lot of progress on the new city-building mechanics to enable city upgrades (in opposition to normal buildings), regional buildings, building upgrades and so on. We also implemented a new city founding window to let you name and color your cities as well as replaced a lot of old UI elements with the updated ones.

On the planet side, Seb made a lot of progress on the new region system and the visualisation of borders. He worked on optimising the system to keep a good frame-rate all around. He also took the opportunity to implement procedural clouds to go where rain is actually happening depending on ocean level and geography.

That’s it for this month. Stay tuned if you are interested to test the upcoming demo. We will distribute steam keys on discord directly.